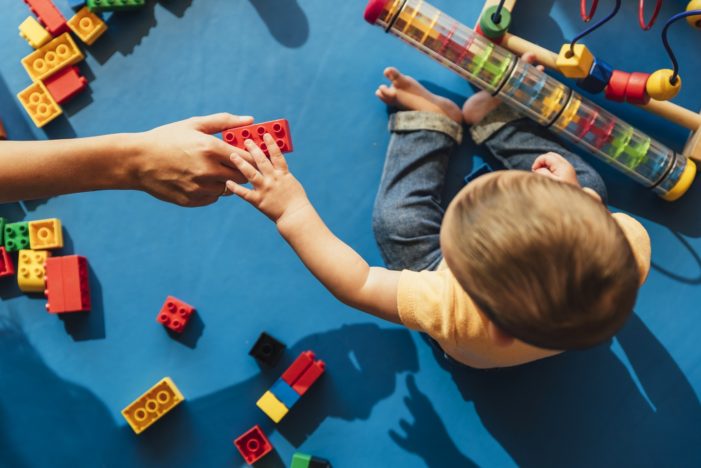 Recent events again highlight the need for Americans to stand up for their right to know, and freedom to choose, when it comes to medical risk taking. The New York Court of Appeals not only has given the nod of approval to New York City’s health department requirement that all preschoolers must get annual flu shots, but the California legislature is also moving toward eliminating the personal belief vaccine exemption for families on welfare.

Aside from the loss of the human right to informed consent to medical risk taking, these decisions are all the more incomprehensible considering the lack of scientific evidence supporting the safety and effectiveness of annual flu vaccination from cradle to grave and one-size-fits-all vaccination policies and laws. Again and again, we see vaccine policy built on lobbying dollars without real concern for human health and welfare.

As noted by National Vaccine Information Center (NVIC) president Barbara Loe Fisher in her Independence Day commentary on zero tolerance vaccine laws,1 “Today, we are witnessing the erosion of core values that our constitutional democracy was founded upon. One example is a public campaign led by the medical establishment to demonize and discriminate against anyone opposing zero tolerance vaccine laws that violate human rights in the name of public health.”

Informed consent is a basic human right in which a person has the ability to voluntarily accept or reject a treatment or medical procedure, including use of pharmaceutical products, after being fully informed of all possible risks and benefits. According to the University of Washington School of Medicine,2 “The most important goal of informed consent is that the patient has an opportunity to be an informed participant in her health care decisions.”

It’s a simple enough premise, but throughout history we’ve seen cases where informed consent was not only challenged but completely ignored, and this trend not only exists to this day, it has flourished in recent years, with cities, states and federal government pushing for mandatory vaccine laws with no ability to opt out. As noted by Fisher:3

State sanctions include segregation and loss of the unvaccinated child’s right to a school education or permitting pediatricians to deny medical care to children if their parents refuse one or more government recommended vaccinations.

Case in point, June 28, 2018, the New York Court of Appeals unanimously ruled the New York City health department has the right to require flu vaccination for preschoolers. The requirement was initiated in 2013 by city public health officials.

Five families sued the health department in 2015 to have the requirement overturned and two lower court rulings agreed the city had overstepped its legal authority. This final decision by the Court of Appeals now cements the city’s legal right to require flu shots for children aged 6 to 59 months before they’re permitted to attend child care or preschool. In the decision, Judge Leslie Stein wrote:4

Undisputedly, there is a very direct connection between the flu vaccine rules and the preservation of health and safety. The rules challenged here do not relate merely to a personal choice about an individual’s own health but, rather, seek to ensure increased public safety and health for the citizenry by reducing the prevalence and spread of a contagious infectious disease within a particularly vulnerable population.

Vaccines save lives and are an effective public health tool to prevent the spread of disease. The severity of this past influenza season reminds us of how deadly influenza can be. The influenza vaccine is the best protection against seasonal influenza for everyone.

Children who receive the influenza vaccine are less likely to get sick, less likely to need medical attention and less likely to die from influenza. This decision will help us protect more than 150,000 children in city-regulated day cares and preschools across the city.

Meanwhile, the California state Senate Committee on Human Services passed AB 19926 June 26—a controversial bill that eliminates the personal belief vaccine exemption for families on welfare. Already, welfare recipients are required by state law to be up to date on all government mandated vaccines or lose a portion of their welfare benefits.

AB 1992, authored by Assemblyman Kansen Chu, improves access to the California Work Opportunity and Responsibility to Kids (CalWORKS) program — a public assistance program that provides financial aid and services — for families whose children are not fully vaccinated or have difficulty proving that their children have received the required vaccinations.

Estimates suggest 4,000 families in California are not meeting the vaccine requirement for public assistance, and this bill would give families who want to vaccinate their children greater access to vaccination services.

The bill also lowers the monthly penalty for not being fully vaccinated from $130 to $50, extends the time that families have to produce vaccination records from 45 days to six months, and grants county welfare workers access to medical databases to determine whether the child has received the required vaccines in cases where parents cannot produce the records.

However, the bill also eliminates the personal belief exemption, which means welfare recipients would no longer have the legal right or ability to opt out of vaccine requirements. Candace Connelly testified before the committee, saying “her choice not to vaccinate her children shouldn’t preclude her from receiving benefits.”

According to a report by GV Wire,7 Connelly “objected to the 72 doses required in a child’s lifetime, noting the potential for vaccine injury. ‘Surely if parents have rights, one of them is to decide what gets injected into their children … I don’t believe I should have money taken out of my benefits because I don’t think that is a safe thing for my child.'”

Sen. Connie Leyva also objected, saying “I believe requiring proof of vaccinations in order for someone to receive their benefits is unfair and unnecessary. We should not be basing it off their need, and not off of vaccinations.” Stefanie Fetzer, an advocate with Parents United 4 Kids, also commented:11

This is NOT a public health issue. Vaccination rates are high. There is no crisis mitigating such a heavy handed, totalitarian piece of legislation. Our legislators are testing the water. How far can they go? Can they withhold a parents’ ability to feed their children if the parents are unwilling to ignore their religious or personal convictions? Why are our legislators targeting this poor, minority community?

Fisher, on behalf of the NVIC, has also spoken out against the bill, saying,12 “It is cruel to withhold welfare benefits from families in need. NVIC opposes AB 1992 and any legislation that threatens Americans with punishment for making voluntary vaccine decisions for themselves or their children.”

Despite objections, the bill passed 4-0 out of the Senate Committee on Human Services. Leyva did not vote and Nguyen was not present during the voting; the remaining committee members, Scott Wiener, Steven Glazer, Mike McGuire and Anthony Portantino, voted in favor. A seventh member, Tom Berryhill also was not present. Next, AB 1992 will be reviewed by the Assembly Appropriations Committee.

Why the Lack of Concern for Vaccine Safety?

In a series of articles, the World Mercury Project questions the apparent disinterest of the American Academy of Pediatrics (AAP) and the Immunization Action Coalition (IAC) in improving vaccine safety, choosing instead to engage in smear campaigns against anyone who questions the conventional dogma and who counters false vaccine safety claims with scientific facts:13

“In the face of snowballing vaccine scandals—from fudged safety trials that use other vaccines as placebos, to persistent use of neurotoxic aluminum adjuvants, to the accelerated rollout of unproven vaccines that may be causing more problems than they solve—these and other vaccine advocacy organizations are not only turning a blind eye but are … beefing up public relations (PR) intended to stifle discussion …

Due to the well-funded medical-pharmaceutical-media apparatus that endlessly repeat the mantra that ALL vaccines are safe for ALL people ALL the time, it is nearly impossible to get a fair hearing for common-sense questions about vaccine safety, no matter how urgent such questions may be.”

In addition to the AAP and IAC, the World Mercury Project also singles out three organizations that are closely allied with AAP, all of which “frame their aims in terms of cementing vaccine infrastructure and funding,” according to the featured article:

According to the World Mercury Project,14 ” … [T]he AAP, IAC and … ECBT are among the leading actors propagating misleading assertions about vaccine safety. All three are also actively lobbying legislators to effectively jettison informed consent in favor of mandatory vaccines.”

Leading Vaccine Educators Are Bound by Conflicts of Interest

The AAP, IAC and ECBT were also the focus of an investigative report into the partnerships between the CDC and non-profits promoting vaccines15 published in the British Medical Journal late last year. In the paper, “The Unofficial Vaccine Educators: Are CDC Funded Non-Profits Sufficiently Independent?” BMJ associate editor Peter Doshi wrote:

[S]urvey data have documented that parental concerns over vaccination safety and timing are common, even among those whose children receive all recommended vaccines.

In 2015, a U.S. federal advisory committee warned that public confidence in vaccines cannot be taken for granted, and some prominent vaccine advocacy organizations are pushing for greater compulsion. But are these groups—which present themselves as reliable sources of information — providing the public with independent information?

The AAP, IAC and ECBT all receive funding from the U.S. Centers for Disease Control and Prevention (CDC) and vaccine manufacturers. AAP is also on the CDC’s Advisory Committee on Immunization Practices, which determines which vaccines should be added to the childhood and adult vaccine schedules.

At the same time, these three nonprofits are also actively lobby for legislation aimed at removing religious and conscientious belief vaccine exemptions from state vaccine laws, which has been successful in some states like California.

This, despite the fact that federal law prohibits nonprofit organizations from using CDC or other federal agency money for lobbying efforts. According to Doshi, it’s unclear whether the CDC’s relationship with these three organizations has crossed into illegal territory, as he could not determine exactly how much money was received from the CDC and vaccine makers respectively.

But, as noted by World Mercury Project, “It is clear that when these … nonprofits receive grant money from CDC, those grants free up other monies for lobbying purposes.”

Doshi also notes that “These groups are so strongly pro-vaccination that the public is getting a one-sided message that all vaccines are created equal … regardless of the circumstances.” What’s more, their inherent bias and financial ties with the CDC and vaccine manufacturers completely undermine their ability to appraise CDC vaccine recommendations.

As it stands, there’s no one to counter and cross-check those recommendations because everyone involved is on the same pro-vaccine team. The drug companies manufacturing and selling vaccines have no incentive to look at safety issues either, as this would merely cut into profits and undermine the partial product liability shield given to them by the U.S. Congress in 1986 and the total immunity from vaccine injury lawsuits handed to them by the U.S. Supreme Court in 2011.

Besides, 9 out of 10 of the world’s leading drug companies spend far more money on marketing their drugs and vaccines than they do on research and development.16

Note: This article, which is excerpted from an article written by Dr. Mercola and originally published on www.mercola.com, was reprinted with the author’s permission.

12 Responses to "New York to Require Flu Shots for Preschoolers, California Moves to Eliminate Vaccine Exemptions for the Poor"