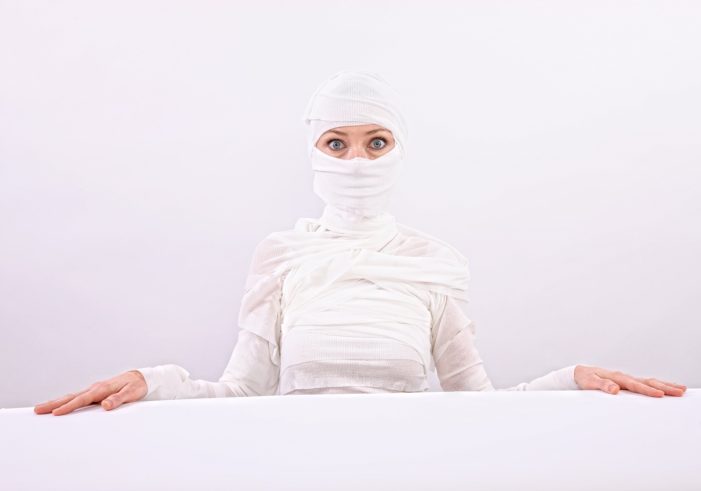 I recently read an article about a woman who died in hospital in Ulyanovsk, Russia after doctors mistakenly administered a formaldehyde solution instead of saline during a scheduled laparoscopic operation to remove ovarian cysts. During the procedure, doctors irrigated the abdominal cavity of 28-year-old Ekaterina Fedyaeva with formalin—a 40 percent solution of formaldehyde in water—causing the woman to convulse and fall into a coma.1 2

Fedyaeva died of organ failure three weeks later as a result of being “poisoned by the embalming fluid.” Formaldehyde is used in embalming fluid to preserve dead bodies. So, in essence, the woman was “embalmed—alive.”1 2

According to an article in Live Science that referenced toxicologist Christopher Hoyte, MD of the University of Colorado Hospital:

[D]octors know that formaldehyde can cause a number of harmful effects in living people. If injected into a person, formaldehyde can cause red blood cells to rupture, and it can also lead to a condition called acidosis, in which a person has too much acid in their blood. This latter effect occurs because one of the biproducts of formaldehyde is an acid (called formic acid).3

In the same article, Lewis Nelson, MD, of Rutgers New Jersey Medical School was quoted as saying that formalin in the body is “very dangerous to all living tissues and would disrupt the function of nearly every living organ.”3

Two articles about the toxic effects of formaldehyde—”Formaldehyde: A Poison and Carcinogen“4 and “Formaldehyde Flooring Gets Higher Toxic Risk Rating from CDC“—have been published in The Vaccine Reaction.5 In the first article, TVR staff writer Kate Raines quotes from a warning by the U.S. Occupational Safety and Health Administration (OSHA)…

It seems clear that formaldehyde (at least the kind produced by chemical companies) or any solutions that contain it should be kept as far away as possible from the human body. Unless, of course, you wish to preserve a dead body.

So, what in the world is formaldehyde doing in vaccines?

That’s a total of 26 vaccines licensed in the U.S. that contain formaldehyde. The purpose of the toxin is to kill or “inactivate” viruses used in the vaccines so that the vaccines will not infect you with those viruses. The first problem with this logic is that the process of using formaldehyde to inactivate viruses is not always successful.7 Perhaps the best example of this was the “Cutter Incident” in 1955 in which some 40,000 children were injected with the inactivated polio vaccine (IPV) developed by Jonas Salk, MD.

About 200 of those children were severely paralyzed and 10 of them died. According to an article by Janine Roberts in The Ecologist, “The general consensus was that these cases had been caused by viruses in the vaccine that had survived the formaldehyde.”7 9

The second problem with the formaldehyde/virus inactivation logic that the FDA is allowing vaccine manufacturers to put a dangerous chemical compound used to make embalming fluid into vaccines without proof that it is safe to do that.

18 Responses to "Embalming Fluid in Vaccines?"