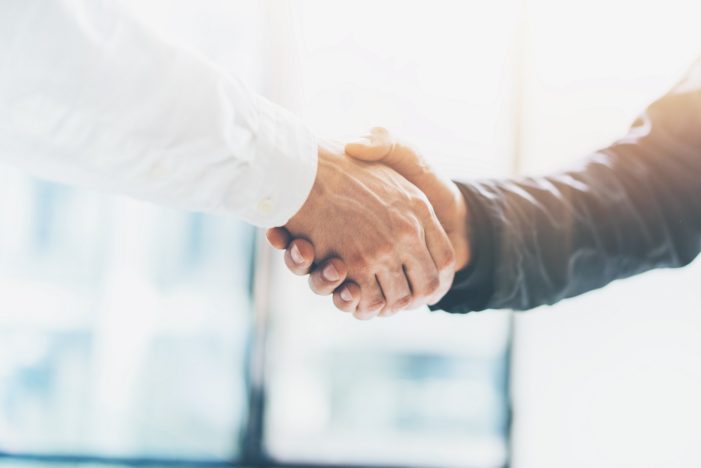 In the past, collaboration between scientists in academia and pharmaceutical companies was relatively uncommon. However, lately there has been a growing interest in developing financial partnerships between these two sectors. The drug industry’s funding patterns for academic research has shifted from handpicked projects on investigation of the biology of disease to large integrated programs, with an emphasis on the development of therapeutic drugs and vaccines. In the last few years, pharmaceutical companies have also formed “science hubs” in bigger academic institutions to promote biomedical innovation.1

Some of these partnerships include GlaxoSmithKline at Harvard University, Pfizer at University of California, and AstraZeneca at University of Washington, etc.1 In fact, with the increasing financial ties between academia and the pharmaceutical industry, many drug companies have formed specialized divisions that are solely responsible for seeking research and development relationships with academic institutions.2

Universities and other academic institutions are relying more on funding from the pharmaceutical industry.3 The driving force of this reliance stems from the need for large amounts of funding that may not be available from government agencies such as the National Institutes of Health (NIH).3  A report in the British Medical Journal reveals:

An estimated 60% of biomedical research and development in the United States is now privately funded, and two thirds of academic institutions have equity ties with outside sponsors.4

That means that over half of medical research conducted at universities is done with funding that comes from the pharmaceutical industry.

Authors of a review published in Mens Sana Monograph explain:

This need for large funds is, moreover, coupled with the desire to acquire it without making a dent in one’s own pockets. The easiest way that can happen is getting an interested party to fund it, which has a big stake in the success of the entire venture. Hence, the pharmaceutical industry becomes a willing partner in the whole enterprise.3

The billions that the drug companies invest in such experiments help fund the world’s quest for cures. But their aim is not just public health. That money is also part of a high-risk quest for profits, and over the past decade corporate interference has repeatedly muddled the nation’s drug science, sometimes with potentially lethal consequences.5

It is no secret that relationship between doctors and pharmaceutical companies has involved significant financial entanglement, consequently opening a debate on conflict of interest issues.4 Financial incentives provided by drug companies have influenced doctors to engage in inappropriate prescribing habits to promote the purchase and use of the sponsoring company’s drug, thus questioning the credibility of both parties involved.4

There is enough evidence to document conflict of interest issues between academics in leadership positions and the drug industry. A study published in the Journal of the American Medical Association reveals:

Almost every major U.S.-based pharmaceutical company in 2012—and nearly 40 percent worldwide—had at least one board member in a leadership position from a U.S. academic medical center, raising potentially problematic conflict-of-interest questions. The board members were compensated an average of $312,564 by the pharmaceutical companies, while concurrently holding clinical or administrative leadership positions at academic medical centers.6

[P]harmaceutical industry board membership by academic medical center leaders could lead to a different kind of potential conflict of interest, since academic leaders wield considerably more influence over research, clinical and educational missions than ordinary physicians or staff who may be targeted for gifts by pharmaceutical representatives.6

The public will have to decide whether these non-profit, and in many cases publicly funded, academic institutions can manage these potential conflicts with internal policies, or whether additional regulation is needed.6

A significant amount of vaccine related research is now being conducted at American academic institutions. Many universities now have their own vaccine research centers, with pharmaceutical companies funding many of the studies. Professors and other academic scientists who conduct these studies often also have personal financial relationships with vaccine manufacturers. This conflict of interest may or may not be revealed in the study’s original publication, depending upon the medical journal in which the study is published.

Concerns have been voiced about the pharmaceutical industry’s lack of transparency with regard to the development and side effects of FDA licensed drugs and vaccines and financial relationships with the medical profession, which promotes the use of those drugs and vaccines. It is logical to ask whether the public can trust the conclusions of vaccine research conducted by academic institutions heavily funded by vaccine manufacturers, which may incentivize researchers to steer research toward conclusions that suit the financial interests of those companies.

1 Palmer M, Chaguturu R. Academia-Pharma Partnerships for Novel Drug Discovery: Essential or Nice to Have? Expert Opinion on Drug Discovery 2017; 12(6): 537-540.
2 Birnbaum M. Pharma and Academia: What We Have Here Is A Failure to Communicate. Cell Metabolism 2016; 24: 365-367.
3 Singh A, Singh S. The Connection Between Academia and Industry. Mens Sana Monographs 2005; 3(1): 5-35.
4 Moynihan R. Who pays for the pizza? Redefining the relationships between doctors and drug companies. 1: Entanglement. British Medical Journal 2003; 326.
5 Whoriskey P. As Drug Industry’s Influence Over Research Grows, So Does the Potential for Bias. The Washington Post Nov. 24, 2012.
6 University of Pittsburgh Medical Center. Ties Between Big Pharma and Leaders of Academic Medical Centers Raise Conflict-of-Interest Questions. University of Pittsburgh Medical Center Apr. 1, 2014.

8 Responses to "Big Pharma Pays Universities for Most Medical Research in U.S. Today"