Why is Everyone Getting So Sick With the “Flu” This Time? 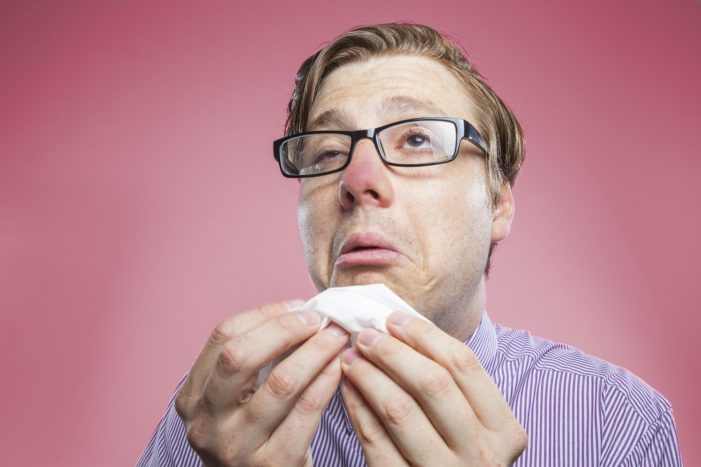 For many weeks now, the media has been reporting that this influenza season, which began in October 2017, may be the worst in recent history or, at least, one of the worst.1 2 3 4 5 6 The stream of alarming media reports focus on the number of people in the United States hospitalized for influenza-like illnesses (ILI), the number of reported influenza cases, and the number of deaths reportedly associated with influenza.

As of January 27, for example, according to the Centers for Disease Control and Prevention (CDC) the “hospitalization rate” for the fourth week of 2018 for those suffering from influenza or influenza-like illnesses was 51 per 100,000 people; the number of “laboratory-confirmed” cases of influenza illness stood at 126,117 for the season, and the number of children believed to have died of “influenza-related” illnesses totaled 53.7

Many media reports offer projections about trends in influenza infection rates and comparisons with past years. Almost all of them include an urgent call for people to get vaccinated. “It is late and so do not walk, run. Run to your provider’s office or pharmacy to get the vaccine,” warns William Schaffner, MD of Vanderbilt University. His ominous warning comes on the heels of media advisories last fall informing the public that the 2017-2018 influenza vaccine everyone is being urged to get is estimated to be 90 percent ineffective.8

That’s right—the flu shot only works 10 percent of the time against the type A influenza going around this year.

Some media reports attempt to explain why everybody seems to be getting so sick this flu season. In the TIME article “Here’s Why the Flu Is Especially Bad This Year,” Jamie Ducharme cited the prevalence of the H3N2 strain (or “subtype”) of the influenza A virus. Ducharme wrote:

This year, influenza A—specifically H3N2—is especially prevalent, according to the CDC. In years with predominantly H3 viruses, according to the [Centers for Disease Control and Prevention], the country tends to see more serious cases of the flu, especially in young children and elderly adults, as well as decreased vaccine effectiveness, resulting in more total infections and more hospitalizations. H3 viruses were also behind the severe flu seasons in 2014-2015 and 2012-2013, according to the CDC. A separate flu strain, H1N1, has also popped up in some parts of the country, adding even more cases to the tally, the CDC reports.9

In a Vox article titled “This year’s awful flu season, mapped,” Julia Belluz wrote that the reason this year’s influenza season is more severe than usual is because it involves the”dreaded” H3N2—a strain of the influenza A virus that “causes more health complications and is more difficult to prevent.” Belluz continued:

H3N2 hits people harder than other seasonal flu strains and can be especially deadly among vulnerable groups like the elderly and children. Researchers still aren’t sure why, but they’ve found that a flu season involving the H3 virus is generally nastier—with more hospitalizations and flu-related deaths—than seasons involving mostly H1N1 or influenza B viruses.10

The consensus is that it’s all about this year’s influenza A virus being unusually aggressive and that is why it seems nearly everyone is sick this year. Or is it? Is it really that simple?

If it were true that this season’s especially troublesome influenza epidemic was solely due to a virulent influenza virus, then, logically, everyone who is exposed to the virus would get sick. But that is not what happens. In an article in The Vaccine Reaction, journalist Rishma Parpia pointed out that it is “susceptibility, and not exposure” that plays a “critical role in whether you become sick.”11

Your susceptibility to disease or illness is determined in large part by whether or not your immune system is healthy and functioning normally. Although apparently healthy people can get complications from influenza and die, in most cases the stronger your immune system, the lower your susceptibility to becoming ill or developing complications of an infectious disease.

Just how healthy are most Americans? When you take a look at the prevalence of chronic illness in our society, it is evident that the immune systems of many Americans may not be in great shape and that their natural defenses against infectious disease have been compromised by a range of factors that contribute to a growing epidemic of autoimmunity and other chronic illness. According to Parpia

Chronic diseases such as heart disease, cancer, chronic lung diseases, stroke, and type 2 diabetes account for most deaths in the U.S. These diseases are responsible for seven in 10 deaths among Americans each year. In 2011, 171 million people (more than half the population) in America had at least one or more chronic diseases—the main cause of sickness, disability and skyrocketing health costs in the nation.12

Autoimmune diseases are among the most prevalent diseases in the U.S., affecting more than 23.5 million Americans, particularly women. More than 80 autoimmune diseases have been identified. The most common of these affecting Americans are type 1 diabetes, lupus, MS, rheumatoid arthritis and celiac disease.12

With so much endemic chronic sickness in the U.S., is it any wonder that so many people are highly susceptible to infectious diseases such as influenza and have a higher risk of complications, such as pneumonia, that can be life-threatening in some cases?

Public health officials should consider focusing more on why Americans are so immunologically frail and susceptible to infectious diseases and complications rather only worrying about why certain strains of the influenza virus are so formidable. If people strengthen and nurture the human immune system, viruses like influenza and other microbes, in general, may cease being such boogeymen.

33 Responses to "Why is Everyone Getting So Sick With the “Flu” This Time?"