> The Hidden Dangers of Tattoos - The Vaccine Reaction

The Hidden Dangers of Tattoos 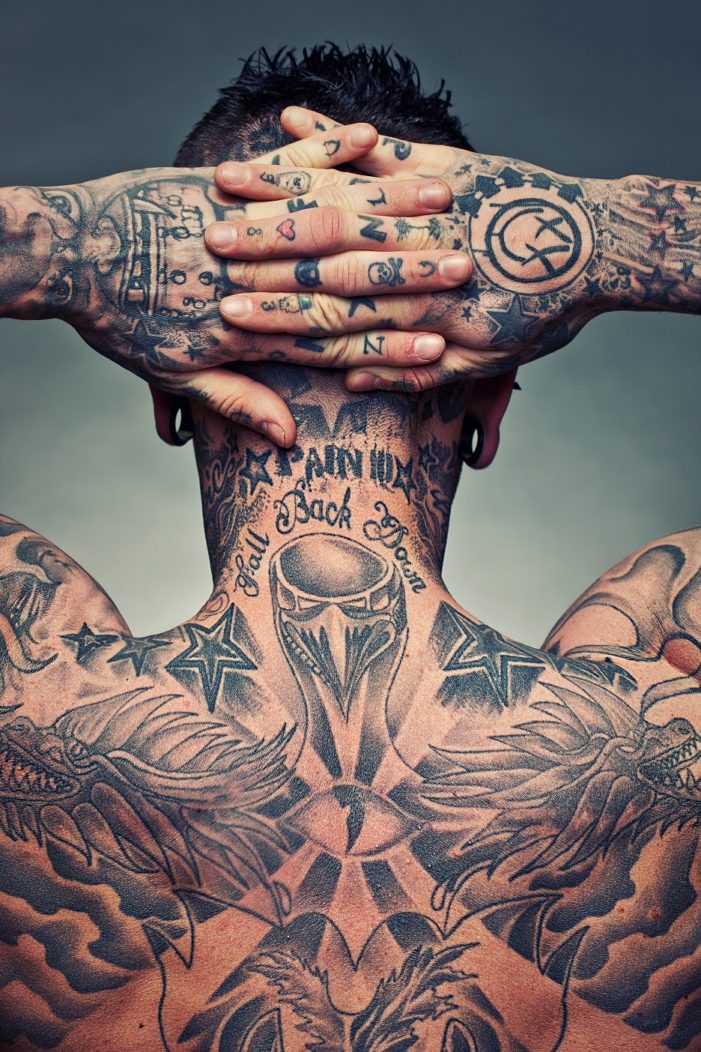 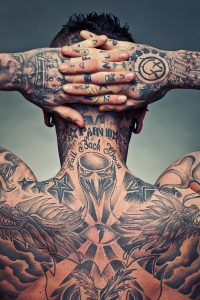 Along with a growing movement of consumers turning their backs on GMO and processed foods, toxic pesticides, mandatory vaccinations, mercury dental amalgams and fluoride treated drinking water, another and curiously contradictory trend is also sweeping the country: More people are choosing to commemorate a phrase, image or life event on their skin with a permanent ink tattoo.

That same poll shows that tattoos are most common among younger people, with “nearly half of Millennials (47 percent) and over a third of Gen Xers (36 percent) saying they have at least one tattoo, compared to 13 percent of Baby Boomers and one in 10 Matures (10 percent). Millennials and Gen Xers (37 percent and 24 percent) are also exponentially more likely than older Americans (six percent Baby Boomers, two percent Matures) to have multiple skin tattoos.”1

With the burgeoning popularity of tattooing, health care professionals have taken a look at the trend and found some reasons for concern, or at least for pausing before taking the ink.

Infections Are Only the Beginning

Tattooing can lead to infections ranging from mild but often persistent allergic reactions like rashes or itching,2 to more serious Staphylococcus aureus, pseudomonas, or mycobacterial skin infections caused either by improperly sterilized tattoo work surfaces and equipment or from safety issues with the ink itself.

A study out of Tulane University reported that 3.2 percent of people who got a tattoo experienced an infection at the site of the tattoo and 3.8 percent had experienced a pain, with severe itching reported by 21.2 percent.3 Long-lasting or permanent health problems such as sarcoidosis (collections of inflammatory cells in different parts of the body), lichen planis (purplish, itchy bumps on the skin), and autoimmune disorders like lupus have been reported as well.4

Part of the danger lies with the process itself: Like injectable vaccines, tattooing “involves the deep injection of potentially toxic chemicals into the skin,”5 compromising the first line of defense against the pathogens of the outside world. A group of researchers out of Bradford University in the United Kingdom are studying the impact of ink nanoparticles, which may migrate from the skin over time and be deposited in other organs of the body.6 These scientists have shown that “exposure of fibroblasts (the cells that make collagen in skin) with tattoo ink (even when highly diluted) significantly reduces their viability.”6

Illustrating the danger of such migratory characteristics, recently a report by CNN recounted the history of a woman diagnosed with lymphoma, whose “cancer” turned out to be ink-laden lymph nodes stemming from a 15-year-old tattoo.7 In her case, the ink from the tattoo had triggered an immune system reaction. The skin’s immune cells had recognized the pigment as a foreign substance and tried to get rid of it, but because the pigment molecules were too large, they instead migrated to the lymph nodes.

Other surprising adverse health effects include unexpected reactions to medical testing procedures. Because of the metallic elements in many of the inks used —iron for example—some patients have experienced burns with magnetic resonance imaging (MRI).  It is reportedly a rare occurrence, but pathologists suggest avoiding tattoos with iron-based pigments to minimize the risk of burns if an MRI is needed in the future.8

Markham Heid of Time Health reported on one study suggesting that tattooed skin may not sweat as efficiently as non-tattooed skin.9 In that study, researchers explained that tattoo ink is deposited under the skin at the same depth as eccrine sweat glands and appears to alter the way that the glands work.

In that small study, the 1o participants produced significantly (53 percent) less sweat from tattooed skin than non-tattooed skin, and the sweat that was produced had a higher sodium concentration in nine of the 10 cases, for a net increase of 62 to 64 percent higher sodium concentration of tattooed versus non-tattooed skin.10 11 In practical terms, this may represent a decreased ability for the skin to regulate temperature, although further study is needed and the actual impact on heat regulation probably depends on how large an area of the skin is tattooed.12

The Ink Holds Its Own Dangers

Greg Hall of Case Western Reserve University expressed more general concerns about the effects of tattoo inks on the immune system. He noted that many inks contain carcinogenic ingredients that do not yet comply with international health safety standards for ink composition.13 He quoted a European study reporting, “barium, copper, mercury and other unsafe components” are included and an Austrian study reporting that “carcinogens were identified in 83 percent of black inks—by far the most popular color for tattoos.”14

According to the U.S. Food and Drug Administration (FDA), “some inks contain pigments used in printer toner or in car paint,” and the “FDA has not approved any pigments for injection into the skin for cosmetic purposes.”15 With the increasing popularity of tattooing, the FDA is beginning to evaluate the chemistry of inks used and how they break down in the body.

Another concern raised about the effect of tattoo ink on overall health is its potential for causing skin cancer. Irish plastic surgeon Cormac Joyce, MD discussed the case of a man with a multi-colored tattoo, in whom malignant melanoma developed only in the red-inked areas. Dr. Joyce theorized that the man might have had an existing area of melanoma that was hit with the tattoo needle, which inadvertently “seeded” to other areas via the red-ink needle, spreading the malignancy.16

One of the big health concerns associated with tattoos is exposure to hepatitis C. More than three million people in the U.S. are infected with hepatitis C, a virus commonly transmitted through exposure to infected blood, and most are unaware they are infected. Most people with hepatitis C can be treated today but, if left undiagnosed and untreated, chronic hepatitis C infections can cause severe liver damage that potentially leads to liver failure.18

Most licensed, commercial tattooing facilities have safety practices that should protect patrons from transmission of hepatitis C. According to the CDC, however, “transmission of Hepatitis C (and other infectious diseases) is possible when poor infection-control practices are used during tattooing or piercing.”19

As the practice of tattooing becomes more popular, state laws are struggling to keep up with safety guidelines. The most recent state laws and regulations governing tattooing, piercing, and other body art forms can be found here.

13 Responses to "The Hidden Dangers of Tattoos"