> Odds of Vaccine Harm are One in a Million? - The Vaccine Reaction

Home » Opinion » Odds of Vaccine Harm are One in a Million?

Odds of Vaccine Harm are One in a Million? 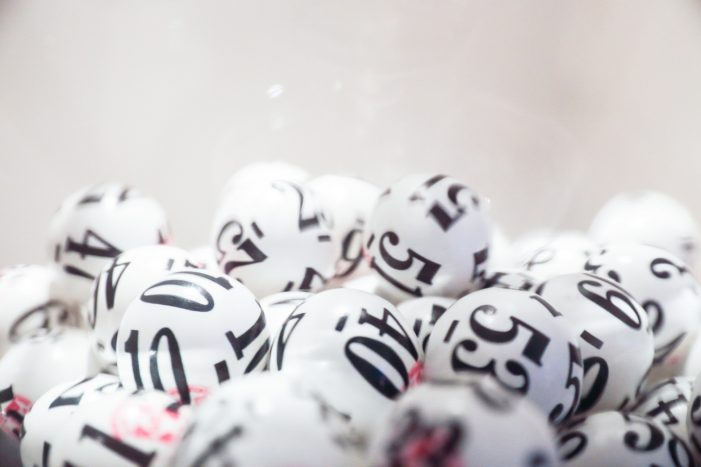 It is commonly believed that vaccines are safe. Many doctors and public health officials will tell you that serious adverse effects from vaccines are “extremely rare”—that they occur in less than “one in a million” vaccine doses given. One in a million. It sounds like pretty good odds that you would be fine.1 2 3 4 However, is this one in a million merely an idiom being used to convey the idea that the odds are very small, or is it truly a fact based on accurate and observable data?

According to the U.S. Centers for Disease Control and Prevention (CDC), “Any medication can cause a severe allergic reaction. Such reactions from a vaccine are very rare, estimated at fewer than 1 in a million doses, and usually happen within a few minutes to a few hours after the vaccination.” The CDC adds, “As with any medicine, there is a very remote chance of a vaccine causing a serious injury or death.”1

One of the ways the U.S. government monitors vaccine safety is through the Vaccine Adverse Event Reporting System (VAERS)—”a national vaccine safety surveillance program jointly run by CDC and the Food and Drug Administration (FDA).”5

VAERS serves as an early warning system to detect possible safety issues with U.S. vaccines by collecting information about adverse events (possible side effects or health problems) that occur after vaccination.5

VAERS was created in 1990 in response to the National Childhood Vaccine Injury Act. If any health problem happens after vaccination, anyone—doctors, nurses, vaccine manufacturers, and any member of the general public – can submit a report to VAERS.5

Actually, VAERS was not created in response to the 1986 National Childhood Vaccine Injury Act (NCVIA), it was an integral part of the vaccine safety provisions secured in that law by the co-founders of the National Vaccine Information Center (NVIC) to gather critical information on health problems occurring after vaccination that could be analyzed and used to prevent vaccine injuries and deaths. VAERS is a national vaccine reaction monitoring system that all doctors and other vaccine providers are required per the 1986 law to report to when a person who has been given a federally recommended vaccine experiences serious health problems, is permanently injured or dies.

It seems fairly straightforward. An early warning system to detect health problems that may occur after vaccinations. Certainly, over time, such a system would show whether certain vaccines were more problematic than others or whether there was an obvious pattern of harm caused by government recommended and mandated vaccines in general.

The problem is that VAERS was never designed to scientifically estimate the incidence of vaccine adverse effects or to determine cause and effect in terms of each individual reports. It was designed to be a post-marketing tool to identify serious vaccine reactions that are not identified in pre-licensure clinical trials. In addition, it is a monitoring system that provides at least some transparency. It gives descriptions of vaccine reaction symptoms and related health problems, injuries and deaths that not only doctors administering vaccines, but also the people who receive vaccines can directly can report to and access.

And if all vaccine providers would report, it would give a much clearer picture of what is happening after millions of vaccinations are given in the U.S. every year, which could serve to stimulate well designed research into reported vaccine adverse effects. The CDC uses the large electronic medical records Vaccine Safety Database (VSD) from eight HMOs (health maintenance organizations) to do that. The VSD “conducts vaccine safety studies based on questions or concerns raised from the medical literature and reports” to VAERS.6

But all vaccine providers do not report to VAERS. In fact, most don’t. That is one of the big flaws in the system for gauging injuries and deaths associated with or caused by vaccines. Estimates of the percentage of reactions to vaccines that are actually reported to VAERS range between one and 10 percent.7 8

Many doctors, nurses, and other health care professionals who administer vaccines are busy and reporting to VAERS has not been made a high priority in standard of care. Or they do not associate the events with the vaccinations because they have been taught to simply believe vaccines are safe and, therefore, health problems that occur after vaccination couldn’t possibly be the cause and are usually only a “coincidence.” Imagine the impact of this kind of circular logic on reporting rates.9 10 11 12

Because the reports are submitted voluntarily, many patients and doctors do not report vaccine reactions. Different estimates exist for the amount of underreporting and range from a factor of 10 to as much as a factor of 100 (meaning that the true number of vaccine reactions is between 10 and 100 times higher than what is reported to VAERS).13

It is important to stress that, although there is a  requirement under the 1986 law for vaccine providers to report to VAERS, there are no legal penalties or fines for not reporting. As Barbara Loe Fisher of NVIC has noted, the NCVIA, in which Congress established VAERS, “contained no legal sanctions for not reporting; doctors can refuse to report and suffer no consequences.”12

Additionally, many within the medical community are not even aware that VAERS exists. As Suzanne Humphries said in a 2016 interview, “It was never told to me, there were no posters in the hospital about the Vaccine Adverse Event Reporting System. I didn’t know that there was a reporting system for any drug, let alone for vaccines.”14 There are countless vaccine reactions that have occurred over the years that will never be a part of the public record because for this reason alone.

In a study published in the American Journal of Epidemiology, Thomas Verstraeten, MD and his research team wrote:

The proportion of cases of an adverse event after vaccination that are reported to VAERS (i.e., VAERS reporting completeness) is mostly unknown. Therefore, the risk of such an event cannot be derived from VAERS only.15

In another study published in the journal Vaccine, epidemiologist Elaine Miller, RN, MPH and her team wrote:

[M]aking general assumptions and drawing conclusions about vaccinations causing deaths based on spontaneous reports to VAERS—some of which might be anecdotal or second-hand—or case reports in the media, is not a scientifically valid practice.16

Using VAERS data and, by extension, VSD-based research to conclude that serious adverse effects occur in one out of every million vaccine doses given is unsound practice. Immunologist Tetyana Obukhanych, PhD perhaps came much closer to the truth when she stated, “As of now, we are totally in the dark regarding who will and who won’t suffer a severe vaccine injury and from which vaccine. No guarantees can be made. Basically, vaccinate yourself at your own risk.”17

So, it turns out that the best that can be said about the “one in a million” (or less) estimate is that it is merely an idiom. We do not know how safe vaccines are. It is possible that side effects from vaccines are extremely rare, but it’s unclear what that means.

One in 168? That’s far from extremely rare. That’s drawing closer to autism rates.19

29 Responses to "Odds of Vaccine Harm are One in a Million?"