Back to the Future: Shalala Takes Away Compensation for DPT Injured Children 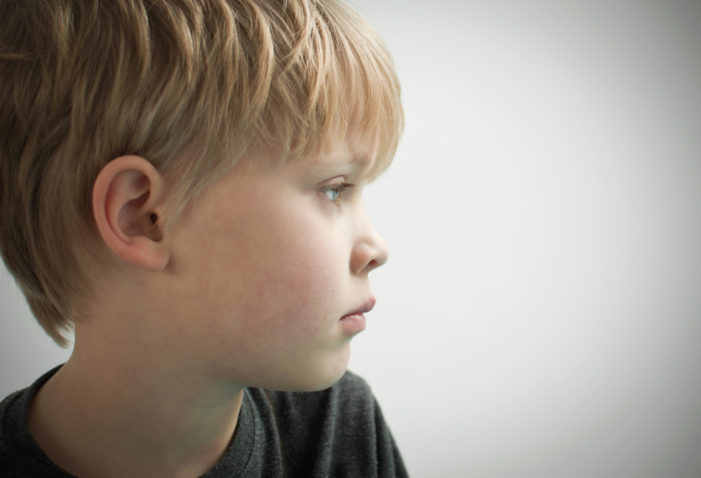 Editor’s Note: Between 1995 and 2005 The Vaccine Reaction was published in print form and mailed to supporters of the National Vaccine Information Center (NVIC). This was the lead article in the first edition published in March 1995, and it is the first in a series of articles written by TVR founder and Executive Editor Barbara Loe Fisher being republished in TVR to provide an historical context to the conversation about vaccination, health and autonomy in the U.S. today.

In a calculated move designed to bolster the federal government’s claim that the DPT vaccine does not kill or injure children, Health and Human Services (HHS) Secretary Donna Shalala and her department published final rules in the Federal Register (Vo. 60, No. 26 – Wed. Feb. 8, 1995) that effectively destroyed the National Childhood Vaccine Injury Act of 1986. HHS’s action makes it impossible for most children injured or killed by DPT vaccine to receive compensation under the no-fault federal vaccine injury compensation program Congress set up nearly a decade ago as a non-adversarial alternative to lawsuits against drug companies and physicians.

“America no longer has a vaccine injury compensation program,” said Kathi Williams, Director of NVIC. “When a mother takes her child into a doctor’s office to be vaccinated, particularly with DPT, she had better understand that if her child reacts and is injured, there Is no government program to help with medical bills or therapy for her child.”

As of Mar. 10, 1995, the only adverse events presumed to be associated with DPT vaccination are anaphylaxis occurring within four hours and encephalopathy/encephalitis (brain inflammation) occurring within 72 hours of a DPT vaccination. In order to qualify under HHS’s new definition of encephalopathy, a child would have to exhibit a “significantly decreased level of unconsciousness” (unconsciousness or inability to respond to most stimuli) for more than 24 hours following a DPT shot or be hospitalized.

No longer will a child, who suffers classic pertussis vaccine reaction symptoms such as high pitched screaming, collapse/shock, bulging fontanelle, or seizures within 72 hours of a DPT vaccination and sustains permanent neurological damage, including a residual seizure disorder, be presumed to be eligible for compensation in the federal program.

One lawyer who represents vaccine injured children in the U.S. Court of Claims, commented, “What you have now can be compared to a federal program that will compensate anyone who is in a plane crash in a snow storm within 10 miles of Tahiti. Nobody will ever qualify.”

The Advisory Commission on Childhood Vaccines (ACCV), formerly headed by Georges Peter, MD, and now chaired by Curtis Webb, a plaintiff’s lawyer from Twin Falls, Idaho, voted on Mar. 1, 1995 to send a formal request to HHS Secretary Donna Shalala recommending that she “indefinitely postpone” the effective data of the portion of the final rules that removes seizure disorders from the vaccine injury table for DPT vaccine and changes the definition of encephalopathy in the 1986 law. ACCV, which is composed of doctors, lawyers, parents and consumers, had asked HHS to show them the final rules before they were published on Feb. 8, 1995, but HHS refused.

The ACCV vote was split, with three doctors and a vaccine manufacturer representative voting to endorse the new rules and five consumers, parents and lawyers voting to oppose them.

The National Childhood Vaccine Injury Act was passed after years of negotiations between the vaccine manufacturers, American Academy of Pediatrics and Dissatisfied Parents Together (DPT). The law set up a compensation program funded by surcharges on each vaccine given (in effect it is a self-insurance program for each individual who is vaccinated) and currently the compensation fund has accumulated more than 825 million dollars in reserves.

In the past seven years during which time the law has been in effect, more than 500 million dollars has been awarded to vaccine victims, most of whom were injured or killed by the whole cell pertussis vaccine in the DPT shot. Unhappy with the fact that so many awards are being given for DPT vaccine injuries and deaths because each award is an acknowledgement that the vaccine can kill and injure, HHS Secretary Donna Shalala and health officials at the Centers for Disease Control and Prevention (CDC) and Food and Drug Administration (FDA) have been actively working to defy the law and will of Congress by taking actions to weaken the law’s compensation and vaccine safety provisions.

Among their accomplishments are:

Maggie, sitting in her wheelchair with her parents beside her, was in the Supreme Court in Washington, DC on a rainy and cold Feb. 28, 1995 day to witness the Court’s nine justices hearing of oral arguments in the case of Donna E. Shalala, Secretary of Health and Human Services vs. Maggie Whitecotton. Maggie’s parents are fighting for their daughter’s right to receive compensation under the National Childhood Vaccine Injury Act of 1986 because Maggie’s DPT vaccine seizure reaction falls within guidelines approved by Congress in 1986.

Government Says Maggie, Not the Vaccine Was to Blame

Maggie was a healthy baby who developed normally, even though her head size at birth was at the low end of the head circumference chart. Within six hours of her third DPT shot, she suffered her first seizure, followed by a series of seizures 30 hours later. After her vaccine reaction, she stopped developing normally and, today, Maggie is severely brain injured with multiple handicaps that make her totally dependent on her parents for daily care.

Shalala, together with HHS doctors and U.S. Department of Justice lawyers, contend that Maggie should not receive federal compensation because her head was smaller than normal at birth and she would have been brain damaged even if she had never gotten a DPT shot. Dissatisfied Parents Together (DPT) which operates the National Vaccine Information Center and the United Cerebral Palsy Association, the National Tuberous Sclerosis Association, and the Center on Disability and Health filed an amici brief in support of Maggie’s right to receive compensation for her vaccine injuries.

The American Academy of Pediatrics, which represents pediatricians in private practice who give children such as Maggie DPT shots everyday [and were shielded from vaccine injury lawsuits in the 1986 law] filed a brief supporting Shalala and her attempt to take compensation away from Maggie.

11 Responses to "Back to the Future: Shalala Takes Away Compensation for DPT Injured Children"