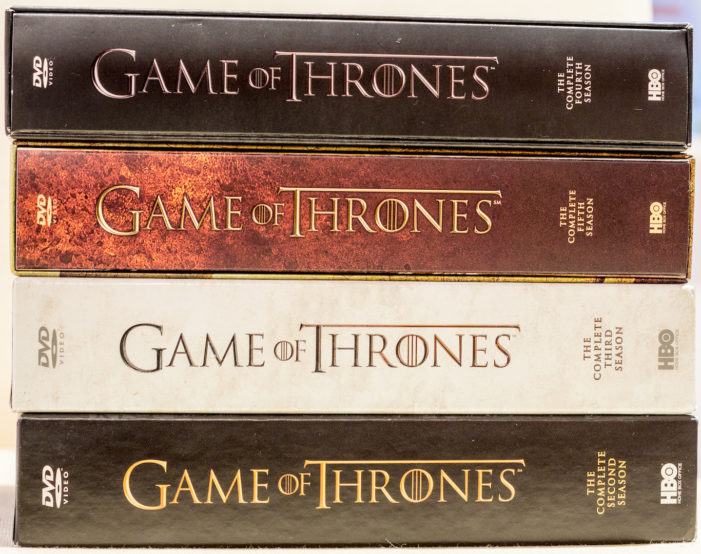 For a long time now, I’ve been hearing about this TV phenomenon called the Game of Thrones,1 so I recently decided to see for myself what all the fuss was about. In the last two weeks, I’ve binged and managed to view all seven seasons—67 episodes. I’m hooked. The draconian code of conduct and graphic violence is disturbing but, fortunately (or unfortunately), you get used to it, and it’s vastly outweighed by the production quality of the series and gripping storylines. Besides, it’s fictional, right?

But not so in Australia, where the government’s vaccination policies and laws have become intolerably oppressive. That situation is truly draconian in so many ways, and the frightening stories coming out Australia have no redeeming value. Plus, it is real and there’s just no getting used to it or away from it.

In Australia, the government has implemented a vaccination policy of “no jab, no pay.” This means that parents who do not vaccinate their children can have up to $15,000 in childcare welfare and tax credit payments withheld from them as a way to financially punish them and coerce them into submitting to vaccination without their voluntary informed consent. Even parents who “conscientiously object to vaccination for philosophical or religious reasons are also not able to collect the payments.”2 3 4

Such a draconian tactic is sometimes referred to as offering “financial incentives,”3 but to many of those targeted it must feel a lot like persecution.

According to Australia’s Department of Health, “The Australian government believes there is no excuse for parents who, without a valid medical reason, choose not to immunize their children.”3 Of course, what is not up for discussion is that, according to public health officials, there are almost no “valid” medical reasons for not vaccinating a child.5

Consistent with this mindset, Australia has eliminated all religious exemptions to vaccination.

Now, the only way for a child to legally forego vaccines in the country is on medical grounds. Among the reasons a child can gain exemption are the onset of a brain disease within the first seven days after a previous vaccination, an allergy to a preservative or antibiotic ingredient present in the vaccines, “unstable neurological disease” and “immediate severe acute allergic or anaphylactic reaction after any previous vaccination,” according to the qualifying form.6

Earlier this year, Australia’s Prime Minister Malcolm Turnbull announced that he would encourage states in his country to adopt laws that would ban children that have not been vaccinated from enrolling in preschools and childcare centers.7 8 States like South Australia are already considering fining schools that would not comply with such laws—up to $30,000.9

The noose is tightening around the necks of Australian parents and enlightened physicians when it comes to vaccination. If you are a parent and disagree with the government’s increasingly draconian mandatory vaccination laws, you may face severe financial and social sanctions. If you are a compassionate physician in Australia, who follows the time-honored physician’s oath of “First, do no harm” and helps parents obtain vaccine exemptions for their children, you can become a target for sanctions, too.

If it is accurate that there are registered doctors who are advocating an anti-vaccination position, then they will have the full force of the authorities come down on them. But let us be absolutely clear, there will be no sympathy, none at all from the government if the authorities take the strongest possible decisions.”11

Hunt warned, “[I]f there are other doctors out there preaching anti-vaccination positions, then we will find them.”12

It is ominous that doctors are threatening and hunting down fellow doctors to punish them for exercising professional judgment and conscience when it comes to vaccination. It is like so many scenes from Game of Thrones, in which those who refuse to “bend the knee” to the “rightful” heir to the Iron Throne, are mercilessly hunted down and punished.

It is hard to believe that what is happening in Australia is very real and not fiction.