So What About Tetanus? 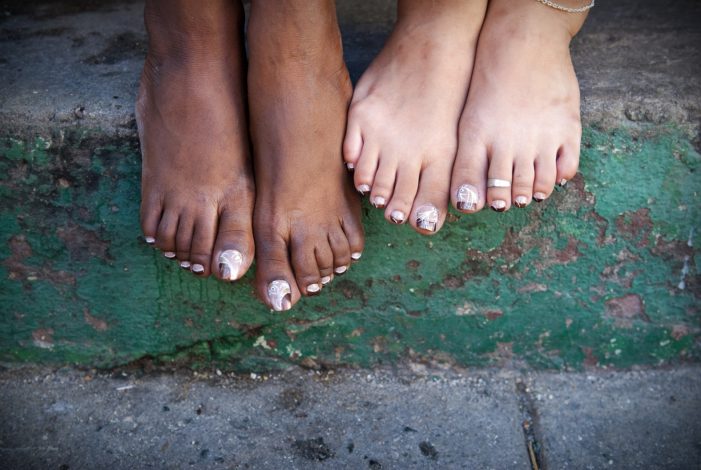 In discussions about the pros and cons of certain vaccines, inevitably the question comes up… “Well, surely you don’t have any problem with the tetanus vaccine?” Usually, the question is followed up with a second question… “I mean, if you stepped on a nail, you’d definitely want to get a tetanus shot, right?”

For the purposes of this article, let’s put aside the first question and focus on the second one, because it is the second question that is the important one. Imagine that your child is playing barefoot outside and accidentally gets cut by stepping on something sharp, like a nail protruding from an old piece of wood. What is your immediate fear? That the wound will become infected with tetanus bacteria (Clostridium tetani) and come down with lockjaw.1

This is a reasonable concern, given that tetanus (which is not contagious) is caused by a bacterium in soil, manure and the digestive tracts of animals and humans. The bacteria spores can enter the body through a puncture wound as small as a pin prick and cause lockjaw. Globally, thousands of deaths in Africa and other developing countries are caused by tetanus, many of them newborns who die after umbilical cords are cut using instruments contaminated with tetanus spores.2

The incubation period for tetanus bacteria is relatively short. Symptoms for lockjaw can appear between three days to three weeks. They include “muscular stiffness of the jaw and neck, headache, irritability, fever, and chills.”3 According to the National Vaccine Information Center (NVIC):

As the disease progresses, the body becomes rigid and locked in spasm with head drawn back, and legs and feet extended. The jaw becomes unable to open with difficulty in swallowing and convulsions may also occur.3

There are still cases of tetanus in the U.S., including deaths, although they are rare. In 2009, there were a total of 19 cases in the United States and two deaths were reported.2 4

It sounds scary but less so if you understand this one key fact: Tetanus bacteria, which secrete toxins (tetanolysin and tetanospasmin5) that can cause lockjaw, cannot survive in the presence of oxygen.3 Deep puncture wounds that do not bleed are an ideal place for tetanus bacteria to enter the body and be protected by tissue and skin from direct exposure to oxygen in the air, which serves as a “perfect environment for tetanus bacteria to multiply and cause infection.”3

Wounds to the skin that bleed a lot deny tetanus bacteria the kind of environment it requires to live and grow. Wounds that bleed and are cleaned and disinfected properly, rather than sealed in some way, are far less likely to get infected. The important point to remember is that tetanus bacteria are anaerobic, which means that they can only live in the “absence of air.” So in order to deny the tetanus bacteria what they need to live, the wound should remain exposed to oxygen as long as possible.

In a lecture given in Sweden in 2014, Suzanne Humphries, MD explained:

If you properly treat the wound and air can get to it and no abscess forms and you continue to disinfect, you will not develop tetanus. So it’s very key to for a wound to heal from inside out. You don’t want a wound to start to seal over on the outside before the inside is healed properly because anything that’s trapped under the skin will fester, there won’t be enough air and this susceptibility can happen.6

Dr. Humphries went on to list her recommendations for proper wound care, noting that the first step is to allow the wound to bleed (not hemorrhage). “The first thing people want to do when there’s a wound is to stop the bleeding, but unless you have severed an artery, you don’t stop the bleeding,” she stressed.

I cut my thumb a few weeks ago, and I stood over the sink and just let it bleed for about a minute because you want to flush from inside to outside. You want your immune cells to be going through, and it’s a way to cleanse the wound. So you want to bleed first.7

The point is that proper wound care is central to avoiding any type of bacteria from causing harm.

When it comes to getting a tetanus shot in the emergency room after a skin wound, particularly a wound that is highly unlikely to be contaminated with tetanus spores that live in soil, manure and the digestive tracts of animals and humans, there are a lot of factors to consider. It takes days after getting a tetanus containing vaccine for antibody levels against the tetanus bacteria toxins to rise in the blood, and by then symptoms of tetanus infection may have already begun to appear.8

(Note that the U.S. Centers for Disease Control and Prevention (CDC) recommends one dose of the Tdap (tetanus, diphtheria, and pertussis) for protection against tetanus infection. The CDC recommends that any subsequent tetanus shots should be given as Td (tetanus and diphtheria). It states that the “minimal interval after a previous dose of any tetanus-containing vaccine” is five years and the “recommended interval” is 10 years.9)

According to Russell Blaylock, MD, “The tetanus vaccine has one of the highest complication rates of any vaccine—equal to that of the hepatitis B and Gardasil vaccines. The evidence suggests that such vaccines among older persons can increase one’s risk of a number of neurological disorders.”10

It’s also worth noting that in the U.S. the tetanus vaccine is only available in combination with other vaccines, so if you want only tetanus vaccine you will not be able to get it. The four choices are DT (diphtheria and tetanus), DTaP (diphtheria, tetanus, and pertussis), Td, and Tdap.11

According to CDC, what is recommended for people with skin wounds highly likely to be associated tetanus bacteria is tetanus immune globulin (TIG) antitoxin, which helps “remove unbound tetanus toxin,” although it is not effective in removing toxin “bound to nerve endings.”12

The adverse effects of TIG appear to be typically less severe than tetanus vaccine and include difficulty in breathing or swallowing; hives; itching (especially of soles or palms); reddening of skin (especially around ears); swelling of eyes, face, or inside of nose; unusual tiredness or weakness (sudden and severe).14

In short, the question of what to do if you step on a nail and, especially if a wound to the skin bleeds and is not associated with soil, animal or human waste products, isn’t a simple black or white question. It’s not just vaccinate or do nothing.

There are multiple factors to consider, and the option you choose will depend on the type of skin injury, your level of knowledge regarding the tetanus bacteria, the importance of proper wound care, the benefits and risks of tetanus vaccine in light of a personal and family medical history, and other factors that deserve thoughtful consideration.

37 Responses to "So What About Tetanus?"