Vaccine “Side Effects” are Real and Plenty 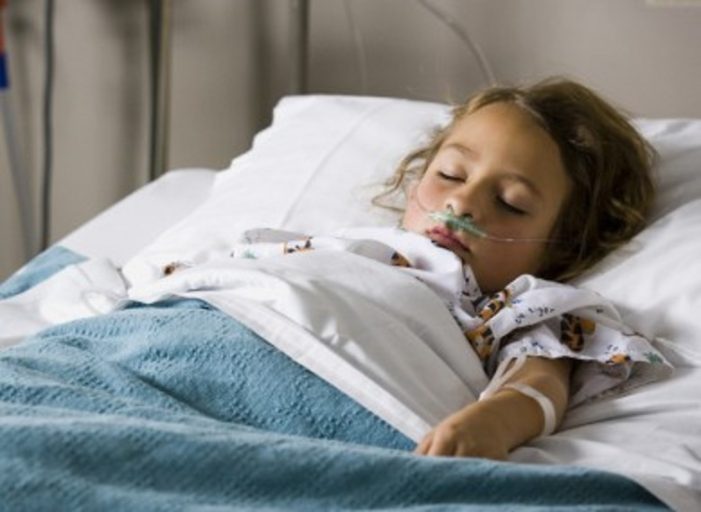 Any vaccine can cause side effects. So states the U.S. Centers for Disease Control and Prevention (CDC).1 A “side effect” is defined as “any effect of a drug, chemical, or other medicine that is in addition to its intended effect, especially an effect that is harmful or unpleasant” or “any accompanying or consequential and usually detrimental effect.”2

A similar term is “adverse effect,” defined as a “harmful or abnormal result.” It may be caused by “administration of a medication or by exposure to a chemical and be indicated by an untoward result such as by illness or death.”3  There is also the close cousin, “adverse reaction”—”any unexpected or dangerous reaction to a drug” or an “unwanted effect caused by the administration of a drug.”4

In military operations, such unintended side effects or reactions are described as “collateral damage”—”injury inflicted on something other than an intended target.”5

Despite the fact that government recommended and mandated vaccines can cause serious side effects, including death, there is sometimes a tendency for mandatory vaccination apologists to want to minimize the causal relationship between vaccines and harmful side effects. One way to do this is to use the word “trigger,” as in: “The side effect was triggered by the vaccine” or “The vaccine triggered the onset of the condition.” In other words, there is an attempt to claim that the vaccine was not directly responsible for the harm, but rather more of an innocent contributing factor, given pre-existing biological susceptibilities of the individual who was vaccinated.

Think of it in terms of collateral damage during a military operation in a war. A bomb is dropped on a building in a small town believed to be an “enemy” headquarters. The intended target are soldiers and the bomb destroys the building, killing all of the soldiers. But it turns out that there were also innocent families (noncombatants) in the building, and all of them were killed, too.

This has happened in many wars throughout history and, when it happens, the civilians killed are considered to be “collateral damage,” even justified as “necessary casualties” in order to win the war. Sometimes, instead of straightforwardly acknowledging the magnitude of the collateral damage, there is an attempt by those leading the military operation to deny or minimize the harm done, such as shifting the blame to the civilians for “being in the wrong place at the wrong time.”

The same kind of thing happens when government health officials attempt to write off the collateral damage caused by mandated vaccines. The tendency is to deny or minimize the harm done and shift the blame to vaccine victims themselves. In such cases, the word “trigger” is sometimes used, but more often the word is “coincidence” so that the vaccine victim is held responsible for the harm done and the vaccine is absolved of all responsibility.

As Barbara Loe Fisher of the National Vaccine Information Center (NVIC) recently said at the Revolution for Truth rally in Washington, DC:

[I]f you or your child get vaccinated, suffer brain inflammation and never recover your health, you can be sure that it will either be dismissed as “just a coincidence,” or you will be labeled genetically defective with the claim you would have become brain damaged even if no vaccines had been given. It is already being done and it is so easy to do, when nobody making, selling, licensing, giving and voting to mandate vaccines has any accountability in a civil court of law.6

The reality is that vaccines are pharmaceutical products primarily given to healthy people, and vaccines can and do cause a long list of side effects—both minor and serious. All you have to do is read the information package insert for each vaccine provided by the vaccine manufacturer. Of course, the problem is that few people, including the doctors and nurses and pharmacists who administer vaccines, actually do read those package inserts.

Why? Well, one reason is that vaccine package inserts are very long, detailed, and are printed in fonts so tiny they can be hard to read, even when resorting to squinting or using bifocals. Another reason is that public health officials and medical trade groups like the American Academy of Pediatrics play down the fact that, often unpredictably,  vaccines can and do injure and kill people. Since acknowledging and preventing vaccine reactions is such a low priority in medical care today, it is not surprising that many doctors and other vaccine providers don’t bother to read the list of reported side effects in the vaccine manufacturer package inserts—and don’t bother to report vaccine reactions to the federal vaccine adverse event reporting system (VAERS) either.7

To give you an idea of the extent of the side effects listed in vaccine package inserts, take Merck & Co.’s insert for its M-M-R (mumps, measles, rubella) II live virus vaccine.8 9 Look under “Adverse Reactions” and be amazed at the wide range of potential short and long term health problems that the vaccine can cause.

For the body as a whole, Merck lists MMR vaccine reaction reports that include panniculitis, atypical measles, fever, syncope, headache, dizziness, malaise, and irritability. Yes, you read that correctly: the MMR vaccine can cause vaccine strain measles. For the cardiovascular system, there is vasculitis, which means inflammation of the blood vessels that could lead to stroke.

Reported MMR adverse reactions for the immune system include anaphylaxis and anaphylactoid, related phenomena such as angioneurotic edema (including peripheral or facial edema) and bronchial spasm in individuals with or without an allergic history. For the musculoskeletal system, there is arthritis, arthralgia, and myalgia.8 9

For the ears, Merck lists nerve deafness and otitis media. Deafness? For the eyes, the company lists retinitis, optic neuritis, papillitis, retrobulbar neuritis, and conjunctivitis. For the urogenital system, there is epididymitis and orchitis.8 9

Finally, under “Other,” Merck lists death.8 9

And note that these side effects for the MMR vaccine are not atypical for vaccines. Pick up a vaccine manufacturer information package insert for any vaccine and you will see a laundry list of reported serious side effects.

With all of these potential side effects (and possibly others we don’t know about), can you blame parents for being concerned about the safety of MMR and other vaccines and wanting to do everything they can to protect their children from harm? After all, as Fisher passionately stated:

[T]he ones who know deep in the core of their being that their children are in danger, are the mothers, who carry their babies inside them for nine months and give birth and are endowed with a primal instinct that God gave women so they have the courage to protect their babies from harm until they are able to survive on their own. That biological imperative is hard wired into our DNA because it is what protects the survival of every species on this earth.6

Is it really so unreasonable, so irresponsible for people to insist on public health laws that respect the legal right to exercise voluntary, informed consent when it comes to vaccinating themselves and their children?

19 Responses to "Vaccine “Side Effects” are Real and Plenty"