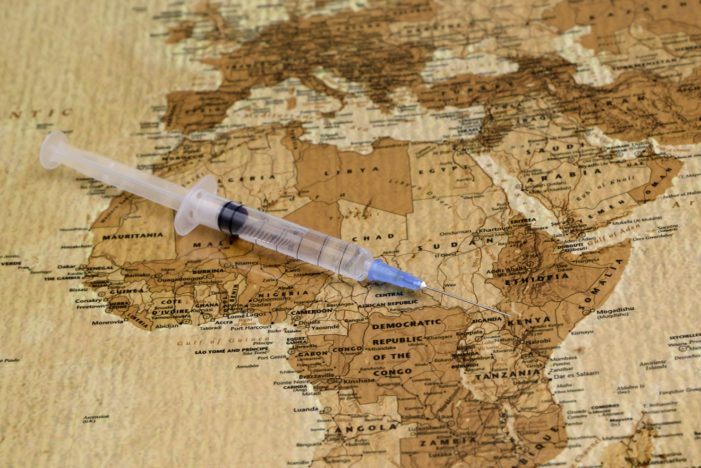 The World Health Organization (WHO) reported on June 1, 2017 that 15 children in the village of Nachodokopele, South Sudan died following receiving the live attenuated virus measles vaccine. The WHO attributed the deaths to “severe sepsis/toxicity resulting from the administration of a contaminated vaccine.”1

The deceased children, all under five years of age, had exhibited symptoms of fever, vomiting, and diarrhea. Reportedly, another 32 children suffered the same symptoms but eventually recovered. The children were among a group of about 300 children who had been vaccinated during May 2-5 as part of the government’s measles vaccination campaign, according to South Sudan’s Minister of Health Riek Gai Kok.1 2

According to Minister Kok, “The team that vaccinated the children in this tragic event were neither qualified nor trained for the immunisation.” He added:

South Sudanese health officials receive training from the WHO on how to store and administer vaccines and the United Nations Children’s Fund (UNICEF) is responsible for providing the vaccines.4 UNICEF is a leading buyer and supplier of vaccines in the world. In 2016, the agency purchased 2.5 billion doses of vaccines for 95 countries at a cost of $1.643 billion.5 6

Following an investigation into the deaths of the children by the South Sudan’s National Adverse Events Following Immunization (AEFI) Committee, supported by WHO and UNICEF personnel, it was concluded that the “vaccination team did not adhere to the WHO-approved immunization safety standards.”1