It’s the Cytokine Storms We Should Worry About 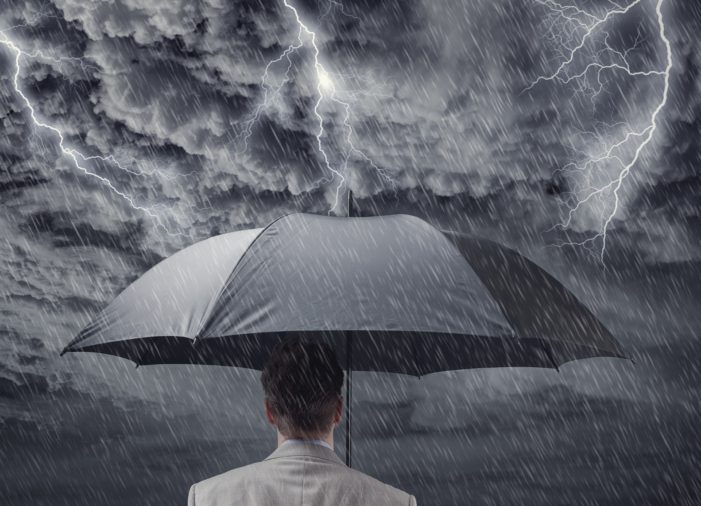 Poliovirus is a relatively harmless virus. Most people would be surprised at that statement. But it’s true. According to the Centers for Disease Control and Prevention (CDC), 95 percent of the people who are infected with polio display no symptoms. About four to eight percent of those infected display “minor symptoms, such as fever, fatigue, nausea, headache, flu-like symptoms, stiffness in the neck and back, and pain in the limbs, which often resolve completely.”1

Less than one percent of those who have poliovirus will develop permanent paralysis, and of those few cases less than 10 percent of them will result in death.1 Most people who contract poliovirus never know they have the virus and they are unaffected by it. Yet, the virus has been made out to be a monster that must be subdued at all cost.

The media, along with many within the scientific, medical and public health communities, have irresponsibly pushed the idea that a virus is like a terrorist—something threatening that we must attack and destroy before it attacks and kills us. The same thoroughly unscientific mentality has been disseminated widely with regard to bacteria, disease, and fever.2

One need only observe the attention given to the global polio eradication campaign and the billions of dollars being spent on the effort to appreciate the fear generated by poliovirus. More than $15 billion has been invested in the Global Polio Eradication Initiative (GPEI) since 1988 and billions more will be spent through at least 2019.3

Large sums of money continue to flow into GPEI’s coffers. On June 13, 2017, the World Health Organization (WHO) announced contributions and pledges of $1.2 billion to the GPEI.4 Eradicating polio is big business, despite the fact that the vast majority of poliovirus infections are relatively harmless.5

Interestingly, retired neurosurgeon Russell Blaylock, MD has pointed out that most viruses do not actually harm people directly but, instead, cause the body to “overreact” to the inflammatory response mounted to deal with the infection. “Studies have shown that in many cases the virulence of a virus is actually based on its ability to trigger immune overreaction,” wrote Dr. Blaylock in 2015.6

“In essence, it is your immune system that makes you sick,” says Dr. Blaylock.6

The effect of such a dysfunctional immune system is that it ends up secreting inflammation-producing immune chemicals called cytokines and chemokines which, in turn, attract more microglia immune cells to the infection site which also secrete other destructive chemicals called  excitotoxins. Dr. Blaylock refers to this abnormal reaction to an infection as a “cytokine storm.”6 7

It is this cytokine storm that can affect the nervous system that Dr. Blaylock maintains is associated with neurological disorders such as autism. Referring to the cytokines, chemokines, and excitotoxins produced in response to viral or bacterial infections, Dr. Blaylock states:

These destructive chemicals, as well as the free radicals they generate, are diffused throughout the nervous system doing damage, a process called bystander injury. It’s sort of like throwing a bomb in a crowd.7

Generally, this “bystander injury” is minimized when the brain’s immune system (microglia immune cells) “activates quickly” and then “promptly shuts off.”7 But, increasingly, this is not happening. The microglia immune cells are not shutting down but, rather, are in a constant state of activation, thus generating an unrelenting cytokine storm. Dr. Blaylock cites vaccination as one of the causes of this highly destructive process.

The problem with our present vaccine policy is that so many vaccines are being given so close together and over such a long period that the brain’s immune system is constantly activated. This has been shown experimentally in numerous studies. This means that the brain will be exposed to large amounts of the excitotoxins as well as the immune cytokines over the same period.7

Because viruses have come to be viewed as the enemy, a premium has been placed on their extermination. The underlying assumption is that if we get rid of viruses such as poliovirus, and other viruses like Zika, peoples’ health will be protected and their lives saved. However, this thinking misses the point that the central threat does not come from viruses or bacteria but from dysfunctional immune systems resulting from things we are doing to ourselves, including using too many vaccines.

With regard to public health policy, most medical doctors, government health officials, and legislators have chosen to focus their warfighting strategy on false enemies and, as a consequence, have unwittingly compromised the natural defenses of entire populations and made people sicker, weaker, and more vulnerable to both infectious and chronic disease.