Vaccination and the Growing Rates of Childhood Food Allergies 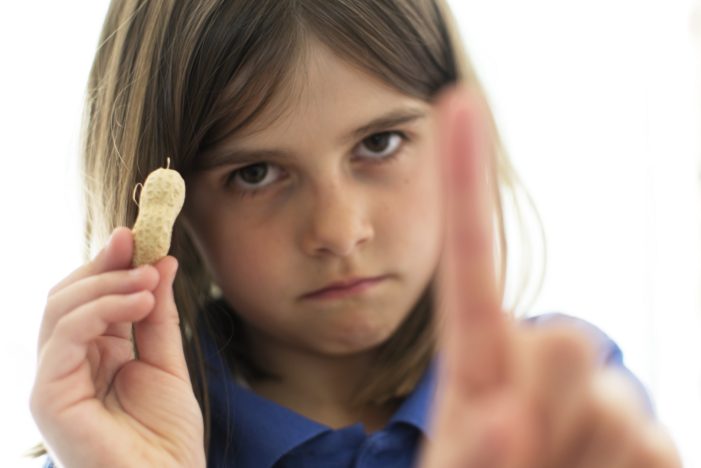 We all know of someone that has a food allergy because it has become such a common condition that people suffer from, particularly children. According to the non-profit organization Food Allergy Research and Education, researchers estimate that 15 million Americans suffer from food allergies. Approximately 9 million adults and 6 million children have food allergies.1 These figures highlight that food allergies are a growing public health concern.

Childhood Food Allergies on the Rise

Findings from a 2013 survey published in JAMA Pediatrics found that childhood food allergies result in significant direct medical costs for the U.S health care system and even larger costs for families with a child that suffers from it.3 The overall economic cost of childhood food allergies was estimated to be $24.8 billion per year. Direct medical costs amounted to $4.3 billion, costs incurred by the family totaled $20.5 billion and lost labor productivity costs totaled $0.77 billion annually.3

According to the U.S. Food and Drug Administration, eight foods account for 90 percent of food allergic reactions: peanuts, tree nuts, eggs, wheat, soy, fish, crustacean shellfish and milk.1 4 5 Research has also shown that children with food allergies are two to four times more likely to have other related conditions such as asthma than their counterparts.2

The rising rate of food allergies among children has become a very serious health problem; however, researchers do not have a clear scientific answer on the cause of food allergies.6 This seems to be the case with many chronic health problems that are prevalent  today, such as asthma and Alzheimer’s, where researchers have been unable to identify a cause. Health conditions with no known cause are referred to as idiopathic.7

There are a few of theories about the potential causes of food allergies. The most popular theory is the “hygiene hypothesis”.8 This theory suggests that changes in lifestyle in industrialized countries has led to a decrease in infectious diseases but has resulted in an increase in allergic and autoimmune diseases.8 In this case, changes in lifestyle refer to an environment that is “too clean” to effectively stimulate or challenge a child’s immune system, and this has resulted in immune system dysfunction that includes an increase in food allergies.8

A second theory is based on the fact that there is an increase in Caesarean section births.9 Children born by C-section births do not have the opportunity to acquire the intergenerational transfer of the microbiome from the mother to the child that usually occurs during vaginal birth.9 This transfer of gut bacteria is intended to help the baby build a strong immune system from the time of birth; however, C-sections skip this stage leaving children to be more vulnerable to infections and immune related disorders.9

Cathryn Nagler PhD, a food allergy professor at the University of Chicago discusses her research on the cause of food allergies and states:

Environmental stimuli such as antibiotic overuse, high fat diets, caesarean birth, removal of common pathogens and even formula feeding have affected the microbiota with which we’ve co-evolved. Our results suggest this could contribute to the increasing susceptibility to food allergies.10

Interestingly, current research on the cause of food allergies does not consider vaccination as a contributing factor. However, in the past, there have been studies demonstrating an association between vaccine ingredients and development of food allergies. In 1908, a study showed that injecting as little as 50ng of ovalbumin (a protein found in egg whites) into guinea pigs resulted in their immune system developing a sensitization to ovalbumin. Additional injections of ovalbumin led to an allergic reaction.11 12

In 1952, another study found the possibility of sensitization to eggs following the administration of the influenza vaccine that are manufactured using chicken eggs.12 13 In 1999, a study found evidence of a casual relationship between the pertussis, diphtheria and tetanus vaccine (DTaP) vaccine and the development of a gelatin allergy.12 14

In 2009, the U.S. Department of Health and Human Services appointed the Institute of Medicine (IOM) to provide a review of medical and scientific evidence on the adverse effects of vaccines. The 2011 IOM report does affirm that vaccine ingredients do indeed lead to the development of allergies.15 The report states:

The effect of vaccine adjuvants and multiple simultaneous vaccinations also contributes to the development of food allergies. A report published in the Journal of Developing Drugs explains:

Current research and discussion on the cause of food allergies has not addressed the effects of vaccines. This is an important area of research to pursue, given that the number of vaccines recommended in the CDC’s childhood vaccine schedule has doubled since 1983.

The popular assumption that “vaccines are good” is more than likely the reason why vaccination is not considered to be a factor when examining in the cause of food allergies. It is crucial for public health agencies and officials to explore this angle and focus efforts on understanding the impact of vaccination on the development of childhood food allergies among other health conditions before it’s too late.