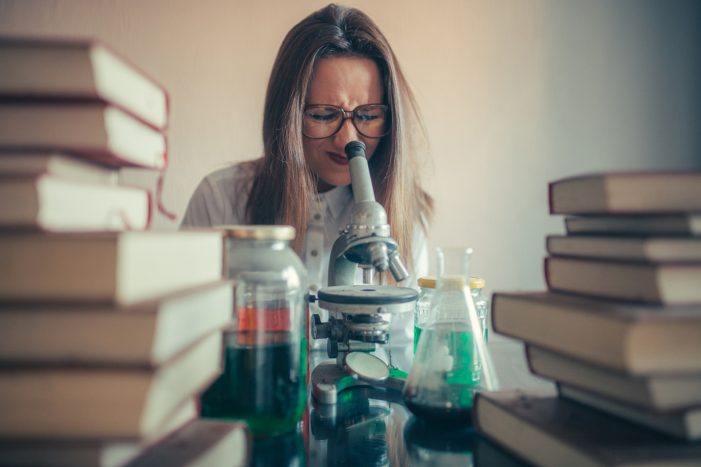 Industry funded “science” has tainted our world and turned science-based evidence into science-biased propaganda. Universities are laundering money through foundations to intentionally hide relationships, while scientists secretly nurture their relationships with corporate executives.

Negative outcomes go unpublished, the peer review process is so weak only studies that challenge industry interests are heavily scrutinized (usually by scientists hired by corporate public relations firms). Media is paid handsomely to ensure the public that “the science is settled,” especially when corporate liability is a primary concern.

Raw data is held captive, conflicts of interest are not fully disclosed and studies are designed to specifically obtain a desired outcome.

Syngenta spokesman Luke Gibbs even told The New York Times, “Syngenta does not pressure academics to draw conclusions and allows unfettered and independent submission of any papers generated from commissioned research.”1

James Cresswell, PhD, a pollination ecology researcher with the University of Exeter in England, had a different take on the matter, however. He spoke openly to the Times about his relationship with the pesticide giant, which included Syngenta-funded research into what’s causing bee colonies to die.

Despite having reservations about receiving corporate funding, he did accept it, and soon after began to see the effects of this supposedly independent relationship. “The last thing I wanted to do was get in bed with Syngenta,” Cresswell told the Times.

“I’m no fan of intensive agriculture [but] … absolutely they influenced what I ended up doing on the project.”2

Cresswell’s foray into the world of corporate-funded research started when his initial research caused him to question whether neonicotinoid pesticides were to blame for bee deaths.

The chemicals, which are produced by Bayer and Syngenta, have been implicated in the decline of bees, particularly in commercially bred species like honeybees and bumblebees (though they’ve been linked to population changes in wild bees as well). In 2012, Syngenta offered to fund further research by Cresswell on the link.

It was an offer Cresswell felt he couldn’t refuse. “I was pressured enormously by my university to take that money,” Cresswell told the Times. “It’s like being a traveling salesman and having the best possible sales market and telling your boss, ‘I’m not going to sell there.’ You can’t really do that.”3

A University of Exeter spokesman said up to 15 percent of academic research in Britain is funded by industry and that such sponsors are independently analyzed.4

In Cresswell’s case, he and Syngenta agreed on a study looking into eight potential causes of bee deaths, including a disease called varroosis, which is spread by varroa mites. Pesticide makers have argued that it’s the mites, not pesticides, that are killing bees, but Cresswell’s research didn’t find such a link.

When he reported the findings to Syngenta, they pushed back, suggesting he tweak the study in various ways, such as looking at specific loss data in beehives instead of bee stock trends and focusing on data from specific countries or only in Europe, as opposed to worldwide.

After the parameters were changed, varroosis became a significant factor in bee colony losses, according to Cresswell’s research. It’s a clear-cut example of how scientific research can be easily manipulated to fit the sponsor’s agenda, a practice that’s well known to occur in pharmaceutical research.

In a tongue-in-cheek essay in the British Medical Journal, titled “HARLOT — How to Achieve Positive Results Without Actually Lying to Overcome the Truth,”5 it’s wittily explained exactly how industry insiders can help make their agenda, in this case drugs, look good:6

Industry Will Work to Discredit Scientists That Produce Unfavorable Findings

Some scientists willingly embrace corporate funding for their research, including James W. Simpkins, PhD, a professor at West Virginia University and the director of its Center for Basic and Translational Stroke Research. Simpkins has conducted studies for Syngenta regarding the herbicide atrazine.

Hayes used to conduct research for Novartis, which eventually became Syngenta, but he resigned his contractor position after the company refused to allow him to publish the results of studies they had funded.

After resigning, he obtained independent funding to repeat the research, which was subsequently published and found that atrazine causes hermaphroditism in frogs. Syngenta attempted to discredit Hayes after the damaging research was released.

In addition to receiving funding for research, Simpkins also receives $250 an hour from Syngenta to consult on expert panels and is involved in a consulting venture with a Syngenta executive, according to the Times, after a Freedom of Information Act request.

A foundation is a non-governmental entity that is typically established to make grants to institutions or individuals for scientific and other purposes. Donors often give money to foundations instead of to the university itself, in part, because foundations have a fiduciary responsibility to represent the donors’ interest.

Also important, money given to a foundation can be kept private in order to protect the donor’s identity and does not become public record.8 It provides the perfect opportunity for industry corporations like Syngenta and others to pay for research on their behalf without receiving any public scrutiny for doing so.

The James G. Martin Center for Academic Renewal, which is dedicated to improving higher education in North Carolina and the U.S., noted that many researchers refer to foundations as “slush funds” and “shadow corporations that too often operate in secrecy, despite spending taxpayers’ money [although foundations are often supported by donations as well].”9

It’s difficult to gain access to university foundations’ activities, contributions and spending. Records are often considered to be off limits, which means corporations can easily channel funds to the universities they believe will give them the best pay-off in the form of favorable research.

The James G. Martin Center for Academic Renewal quoted David Cuillier, PhD, director of the University of Arizona School of Journalism, as saying:10

‘I think there are a ton of flags that need to be raised when it comes to university foundations. I think it’s one of the most underreported scams in America. It’s total slush fund … What a great way to hide money for a university.’
[Cuillier] said foundations have allowed universities to hide ‘wrongdoing, and questionable expenditures’ because foundations usually aren’t subject to public records laws, and may not comply with them in states where they are.

Whether donors are buying influence with public agencies is the information that the public needs the most … It’s ironic that the institutions that claim they’ll be unable to raise money if they can’t protect their donors’ privacy will engrave their donors’ names in 10-foot-high letters into the facades of buildings.

So when one of their researchers, Angelika Hilbeck, PhD, found problems with genetically engineered corn (specifically that it appeared to be toxic to a beneficial insect, lacewing, which eats other pests), the corporation ordered her to keep the results secret.12 Hilbeck ultimately published the results anyway, and her contract with Agroscope was not renewed. According to the Times:13

Dr. Hilbeck continued as a university researcher and was succeeded at Agroscope by Jörg Romeis, [PhD,] a scientist who had worked at Bayer and has since co-authored research with employees from Syngenta, DuPont and other companies. He has spent much of his career trying to debunk Dr. Hilbeck’s work [and has since become the leader of Agroscope’s biosafety research group].

Even government panels are not immune from industry ties. In fact, they’re prime targets for conflicts of interest. The latest scandal involves a panel studying biotechnology, which is expected to give advice to The National Academies of Sciences, Engineering and Medicine, which in turn provides policy guidance to the U.S. government. Of the 13 experts named to the panel, seven have potential conflicts of interest. This includes:14

The tentacles of industry-funded research reach far and wide—even to your dinner table. In investigative journalist Gary Taubes’ new book, “The Case Against Sugar,” you can read how food companies manipulated research to make sugar a mainstay of Americans’ diets.

As it became increasingly clear that excess sugar was linked to rising rates of obesity, diabetes and other chronic diseases, the Sugar Association, an industry trade group, stepped in to combat it by funding industry-friendly research and attacking the credibility of researchers that found otherwise.

Decades’ worth of research convincingly shows excess sugar damages your health, yet the sugar industry managed bury the evidence and cover it up with faux science that supports sugar as an important food. According to The Wall Street Journal:15

These efforts were successful enough to influence the language of FDA [U.S. Food and Drug Administration] reports on sugar in 1977 and 1986, as well as the first government-compiled Dietary Guidelines, released in 1980, which unsurprisingly declared that fat caused disease.

While scientific research is far from, well, an exact science, when industry funding is involved it may be virtually impossible for scientific truth to be heard. Whether the subject is sugar, pesticides or biotechnology is irrelevant. Although most researchers and sponsoring companies will insist the research is sound and unbiased, it’s well-known that industry-funded research almost always favors industry.

One Response to "Sit Down Science"