Scapegoating Anti-Vaxxers for the Mumps Outbreaks: How Predictable 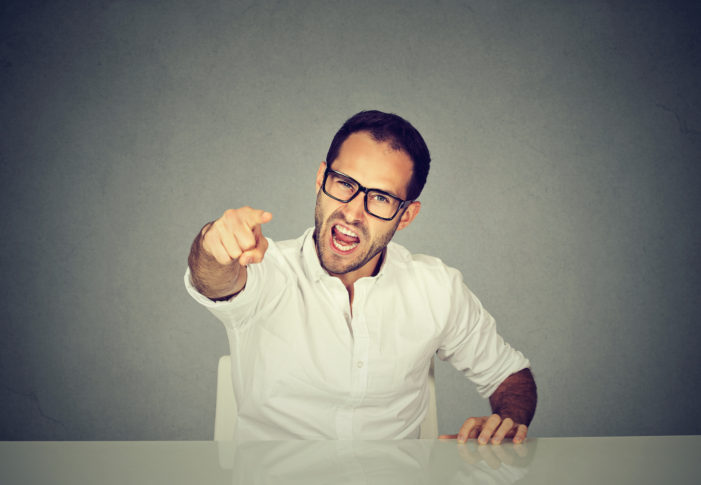 Wanna see an example of superbly unscientific, unreferenced, and ridiculously biased opinion writing? Take a look at Steven Salzburg’s piece in Forbes magazine titled “Anti-Vax Movement To Blame For Quadrupling Of Mumps Cases This Year“.1 It’s a doozy, particularly given that Salzburg himself (in the comment section) writes: “[T]he evidence is not yet in, so I admit that I’m being a bit speculative…”1

Ah, that pesky little evidence thing. Why wait for it when you can just speculate a bit and simply declare that it’s all the fault of the anti-vaxxers? Okay, I’ll get serious now. After all, this kind of sophomoric, blame-game editorializing in a major U.S. publication is no laughing matter.

As Salzburg notes, there has been a total of  4,258 cases of mumps in the U.S., at least as of Dec. 3, according to the Centers for Disease Control and Prevention (CDC).2 That’s a lot of mumps cases—the most since 2006 when more the 6,500 people came down with mumps in the U.S., “primarily college students living on Midwest campuses.”1 3

[I]n the past several years increasing numbers of college students and others have started getting mumps again—and 2016 marks the biggest spike in a decade. Seven states (Arkansas, Iowa, Indiana, Illinois, Massachusetts, New York and Oklahoma) have each reported more than 100 cases this year.4

So, what exactly is behind this year’s spike in mumps? It’s worth noting that the bulk of the people who came down with mumps had been fully vaccinated with the MMR (measles, mumps, rubella) vaccine. In a thoughtfully-written article in Scientific American, Dina Fine Maron writes:

Odd indeed. In fact, during the past decade there have been many outbreaks of mumps in the U.S. in which a significant majority of those infected had been fully vaccinated. In the case of a major outbreak of mumps in Ohio in 2014 involving more than 100 students at Ohio State University, 97 percent of them had received the MMR vaccine.5

At least some of the blame, if not all of it, belongs to the anti-vaccine movement.

Why? Salzburg doesn’t say. Instead of crafting an argument to support such a bold statement, Salzburg engages in a tirade about how anti-vaxxers deny the “overwhelming evidence that vaccines save lives, and that the risks are minuscule compared to the enormous benefits.”1

Then, as if on script, Salzburg proceeds to introduce the “discredited 1998 study” on the MMR vaccine by Dr. Andrew Wakefield. For good measure and dramatic effect, Salzburg notes that Dr. Wakefield was “stripped” of his medical license in the United Kingdom.1 He adds:

Nonetheless, Wakefield he continues to promote his bogus claims (most recently with an anti-vax movie, which I won’t name here to avoid promoting it), and remains a hero to the anti-vax movement, who seem blind to his flaws.1

This is reprehensible–and frightening. If all parents followed the anti-vaxxers’ advice, we would see massive surges in vaccine-preventable illnesses, sometimes leading to permanent harm or even death in helpless children.1

That’s it. That’s the entirety of Steven Salzburg’s justification for blaming the anti-vax movement for the mumps outbreaks in 2016. That’s what he bases his “speculation” on. Not evidence. Not even a thoughtful analysis. It’s simply a gut feeling that anti-vaxxers must be behind it all.

Compare Salzburg’s writing to that of Fine Maron in the Scientific American piece. Unlike Salzburg, Fine Maron opted to actually do her homework and interview some people. For example, she quotes William Schaffner, MD of Vanderbilt University Medical Center. Dr. Schaffner is often quoted in the media promoting mandatory vaccination. To him, the spike in mumps is a mystery. He says, “That has all of us puzzled.”4 No mention of anti-vaxxers.

Fine Maron also quotes epidemiologist Janell Routh, MD of the CDC who says that this year’s spike may just be cyclical. According to Dr. Routh, “We know generally that mumps cases wax and wane over years.” Dr. Routh also points out the MMR vaccine isn’t as effective as many people might think. “We know the mumps vaccine is only 88 percent effective after two doses, so that means a certain portion of vaccinated people are still vulnerable.”4 No mention of anti-vaxxers.

Finally, Fine Maron quotes pediatrician Paul Offit, MD, who is certainly no friend to parents questioning vaccine safety and one-size-fits-all vaccine laws that Salzburg lumps into the “anti-vax” category. According to Dr. Offit, “The most likely reason for these outbreaks is that vaccine immunity is fading.”4 No mention of anti-vaxxers.

So, how do we gauge how effective the MMR vaccine is and whether that effectiveness is fading, or even what is its level of effectiveness? That should be basic MMR vaccine science. As it turns out… not so much. According to Dr. Routh, “We don’t know the level of antibody required to stop a case of mumps in a person, so that question of knowing if the vaccine works less well over time is something we’re still working to investigate.”4

Of course, it doesn’t help matters much when you have a False Claims Act complaint filed against the manufacturer of the MMR vaccine, Merck, by the company’s own scientists for falsifying mumps vaccine test data. Virologists Stephen Krahling and Joan Wlochowski have accused Merck of having “used improper testing techniques and falsified test data to fabricate a vaccine efficacy of 95 percent or higher.”5

Krahling and Wlochowski have said that they “witnessed firsthand the improper testing and data falsification in which Merck engaged to artificially inflate the vaccine’s efficacy findings,” and that “they were pressured by their Merck superiors and senior Merck management to participate in the fraud and subsequent cover-up.”5

Apparently, there is a lot we do not know about mumps and the vaccine that is supposed to prevent the disease. We know that mumps are cyclical. But we don’t know how effective the MMR vaccine is. Even more astounding than that, we don’t even know how to gauge the level of effectiveness of the vaccine. The fraud case against Merck just makes everything even more sketchy.

Yet, in the absence of all this scientific information, some people apparently have no problem trying to scapegoat an entire segment of the population engaging in independent thinking and choosing to exercise informed consent rights with regard to vaccination.

15 Responses to "Scapegoating Anti-Vaxxers for the Mumps Outbreaks: How Predictable"