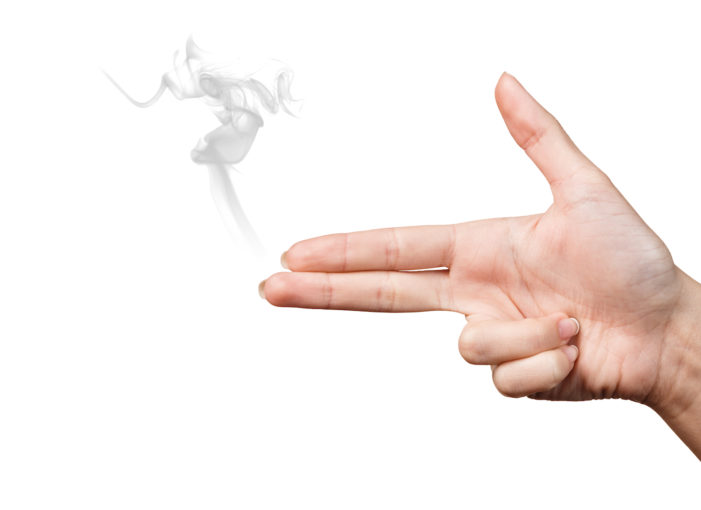 The following is the second in a series of two articles on the Rasmussen, Jamieson, Honein & Petersen paper used by the Centers for Disease Control and Prevention to confirm a causal link between the Zika virus and the neurological birth defect known as microcephaly. The first article, “CDC Bets Farm on Zika Based on Conclusion of Rasmussen, Jamieson, Honein & Petersen Paper”, was published on Sept. 10, 2016.

History is filled with watershed moments which radically alter the way something is viewed and, thus, significantly influence the progression of future events. With regard to the way the mainstream medical community, public health officials, political leaders, and the general public in the United States have come to view the Zika virus and its relationship with the neurological birth defect known as microcephaly, the watershed moment occurred on Apr. 13, 2016.

It was on that day that the U.S. Centers for Disease Control and Prevention (CDC) publicly announced that its scientists had concluded that, “after careful review of existing evidence,” Zika was indeed “a cause of microcephaly and other severe fetal brain defects.”1

As I wrote in my first article:

The CDC attributed its confirmation of a causal link between Zika and microcephaly to a paper written by Sonja A. Rasmussen, MD, Denise J. Jamieson, MD, MPH, Margaret A. Honein, PhD, MPH, and Lyle R. Petersen, MD, MPH and published in the prestigious New England Journal of Medicine (NEJM) titled “Zika Virus and Birth Defects—Reviewing the Evidence for Causality“.2

According to the CDC’s director, Tom Frieden, MD:

This is a study that marks a turning point in the outbreak. It is now clear, the CDC has concluded, that Zika does cause microcephaly. … There is still a lot that we don’t know, but there’s no longer any doubt.3

Note that Dr. Frieden referred to the work of Drs. Rasmussen, Jamieson, Honein, and Petersen, MD as a “study,” when, in fact, what these researchers did was write a paper. Contrary to what you normally think of when you hear the word study, the Rasmussen, Jamieson, Honein & Petersen paper is not a comprehensive, in depth scientific study involving thousands of participants over the course of several years. It is certainly not an independent work. What it is really, is a relatively short paper of just under 2,750 words, written by four employees of the CDC over the course of a few weeks or months.

The supposed spike in the number of microcephaly cases in Brazil did not really start to draw serious international attention until late-2015 and the start of 2016. In January 2016, U.S. media sources reported that the CDC was beginning to suspect a link between the Zika virus and microcephaly. CDC scientists had determined that “placenta samples taken from two Brazilian women, who carried fetuses found to have microcephaly, tested positive for Zika, and that their newborn babies, who ultimately died, showed evidence of the virus in their brains.”4

However, at that point, even the CDC did not believe there was sufficient evidence to make a causal connection between Zika and microcephaly. The agency stated on its website that “additional studies are needed to further characterize this relationship.”5

Additional studies are needed to determine the degree to which Zika might be linked with microcephaly. More lab testing and other studies are planned to learn more about the risks of Zika virus infection during pregnancy.6

Even Dr. Petersen—one of the four authors of the Rasmussen, Jamieson, Honein & Petersen paper—had been quoted as saying that, although the two Brazilian infants who died after birth showed evidence of Zika in their brains, that was not sufficient evidence to prove a causal relationship. In other words, it wasn’t clear that the virus actually caused the microcephaly or was simply present.

Correlation by itself is not enough to prove causality. “I wouldn’t use [the term] smoking gun,” said Dr. Petersen, who is the director of the CDC’s division of vector-borne diseases.7

The CDC’s conclusion with regard to a Zika-microcephaly link was consistent with that of the World Health Organization’s (WHO) Feb. 12, 2016 situation report on Zika, which stated there was “no scientific evidence to date” to confirm a link between Zika and microcephaly.8

In an article published in The New England Journal of Medicine on Feb. 18, 2016, Anthony Fauci, MD and David Morens, MD of the U.S. National Institute of Allergy and Infectious Diseases wrote they believed there was a “lack of definitive proof of any causal relationship” between Zika and the microcephaly cases in Brazil.9

On Feb. 19, 2016, the Associated Press published an article by Mike Stobbe quoting Marcos Espinal, MD, director of the Department of Communicable Diseases and Health Analysis at the Pan American Health Organization (PAHO), as saying it would take a series of large prospective studies following lots of pregnant women infected with Zika to observe what happens during their pregnancies. According to the Stobbe piece, “It will take a combination of studies and laboratory evidence to finally determine if Zika is the villain it appears to be, experts say.”10

The sense at the time was that it might take years, given the number of pregnant women who would need to be closely monitored in order to provide conclusive evidence. In fact, the CDC’s Frieden suggested as much in an opinion piece he wrote for Fox News on Apr. 1, 2016 lobbying for $1.9 billion in emergency supplemental appropriations for Zika research, which the White House requested from Congress on Feb. 22, 2016.

Of those emergency funds, $828 million were to go to the CDC partly for research to understand the “clinical and epidemiological patterns to make [the causal connection between Zika and microcephaly] definitive.”11

Now, here’s the key point. As of Apr. 1, the CDC, along with NIH, PAHO, and WHO, believed there was insufficient evidence to confirm a causal connection between Zika and microcephaly. The understanding was that, in order to confirm such a link, a lot more money would have to appropriated by Congress to fund a lot more research and studies. This was going to be a long-term endeavor and no one should be under any illusions that a quick determination would be made… because good science is never rushed. The apparent outbreak of microcephaly cases in Brazil was still a brand new mystery and it would take a while to solve.

Surprisingly, just two weeks later, the CDC came out with its watershed announcement declaring that its scientists had concluded that the “existing evidence” was sufficient to confirm that Zika causes microcephaly.”1 According to a press release issued on Apr. 13 by the CDC:

This “rigorous weighing of evidence using established scientific criteria” is the substance of the Rasmussen, Jamieson, Honein & Petersen paper. The paper is essentially a weighing process based on a scientific formula known as Shepard’s criteria, developed by pediatrician Thomas H. Shepard, MD in 1994. Dr. Shepard was a pioneer in the field of teratology—the study of birth defects.2 12 13

What Drs. Rasmussen, Jamieson, Honein, and Petersen did was take the available “evidence” about a possible link between Zika and microcephaly and plugged it into a formula, Shepard’s criteria, to see how it held up to Dr. Shepard’s test of what, in his view, should qualify as sufficient proof of causality of a birth defect. Keep in mind that the information the CDC was working with at that point was scant, given the extremely limited amount of time, money, and effort that had been dedicated to researching Zika and the microcephaly cases in Brazil.

The four CDC researchers “used Shepard’s criteria as a framework to evaluate whether the currently available evidence supports the hypothesis that prenatal Zika virus infection is a cause of microcephaly and other brain anomalies.”2 According to Shepard’s criteria, “causality is established when either criteria 1, 3, and 4 (rare exposure–rare defect approach) or criteria 1, 2, and 3 (epidemiologic approach) are fulfilled.”2

So what exactly are Shepard’s criteria, you might ask? Okay, here they are:

After reviewing the information they had collected on Zika and the Brazilian microcephaly cases during the few months prior to April 2016 and analyzing Shepard’s seven criteria, Drs. Rasmussen, Jamieson, Honein, and Petersen apparently felt sufficiently comfortable conclude that the information adequately met enough of the criteria to be able to hypothesize that Zika causes microcephaly.

The researchers concluded that criterion number 1 had been met. They wrote:

They concluded that criterion number 3 had been met. They wrote:

The phenotype has been well characterized in fetuses and infants with presumed congenital Zika virus infection, including microcephaly and other serious brain anomalies, redundant scalp skin, eye findings, arthrogryposis, and clubfoot. The phenotype in some infants appears to be consistent with the fetal brain disruption sequence, which has been observed after infection with other viral teratogens.2

Drs. Rasmussen, Jamieson, Honein, and Petersen concluded that criterion 4 had been met. They wrote:

Reports of fetuses and infants with microcephaly who are born to women with brief periods of travel to countries with active Zika virus transmission are consistent with Zika virus being a rare exposure. The defect, congenital microcephaly, is rare, with a birth prevalence of approximately six cases per 10,000 liveborn infants, according to data from birth-defects surveillance systems in the United States.2

Thus, from a rare exposure–rare defect approach, as specified by Dr. Shepard, the CDC researchers came to the conclusion that they had sufficient reason to believe they had met Shepard’s criteria to prove Zika causes microcephaly. From an epidemiological approach, the case for causality was weaker, because the researchers were unable to fulfill criteria 1, 2, and 3, but rather only 1 and 3.

Drs. Rasmussen, Jamieson, Honein, and Petersen were only able to partially fulfill criteria 2, for which they wrote:

On the basis of data from Brazil, the temporal and geographic association between Zika virus illness and cases of microcephaly is strong. Two epidemiological studies have been published. In a study in Brazil that used a prospective cohort design, 29 percent of women with Zika virus infection at any time during pregnancy had abnormalities on prenatal ultrasonography, some of which have not been confirmed postnataly. In a study in French Polynesia, retrospective identification of eight cases of microcephaly and the use of serologic and statistical data and mathematical modeling suggested that one percent of fetuses and infants born to women with Zika virus infection during the first trimester had microcephaly; the risk ratio in this analysis was approximately 50, as compared with the baseline prevalence of microcephaly. No other epidemiological studies have examined this association to date.2

Other criteria were used by the researchers to help reinforce their conclusion about a causal connection, but meeting Shepard’s criteria was really the deciding factor.

The question that has to be asked is whether, on balance, meeting a set of criteria developed by a pediatrician two decades ago constitutes even a remotely adequate basis on which to conclude causality of microcephaly by Zika when it is already well-known that that birth defect can be caused by any number of environmental factors, including exposure to chemicals, severe malnutrition, alcohol consumption, cigarette smoking, and drug abuse?

And why suddenly, almost overnight, has a virus that has traditionally been known to be relatively harmless become so virulent?

Does plugging in some very preliminary data on Zika and microcephaly into a set of criteria seem a credible alternative to conducting in depth prospective studies on thousands of pregnant women exposed to Zika over a period of time? This doesn’t have the feel of authentic scientific methodology. It’s more as if someone knew the conclusion they wanted to reach and then went out and found the methodology that allowed them to get there as swiftly and neatly as possible. Why the hurry?