Sick is the New Normal 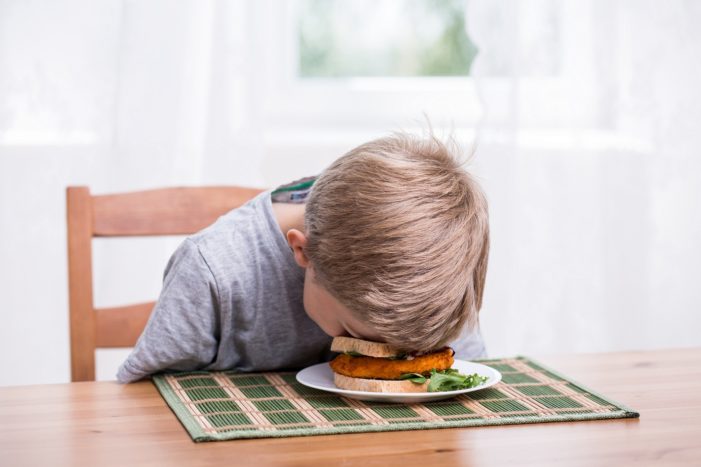 The alarming rise in incidence of chronic, inflammatory-type disorders among children cannot be fully explained by such theories as the hygiene hypothesis, poor eating habits or defective genes. Certainly, there is more to the root cause of food allergies, asthma, autism-spectrum disorders, type 1 and 2 diabetes, obesity, nonalcoholic steatohepatitis (NASH) (otherwise known as fatty liver disease), metabolic syndrome, and autoimmune disorders than can be rationalized as being caused by too much anti-microbial hand sanitizer, too many French fries or genes gone bad.

These hypotheses fail to consider that obesity rates have stabilized despite widespread continuation of sedentary children feeding on junk food, or that autoimmune diseases are increasingly prevalent despite few change in sanitation norms, or that there is no such thing as a “bad genes” epidemic. Vaccine-induced overload of the immune system has been implicated by some researchers as a major contributor to the child diabetes and metabolic syndrome epidemics that are just one part of the tidal wave of increasingly ill children growing up in developed countries.1

This is not a new theory. In a 17-year-old cover story “Shots in the Dark” written by Barbara Loe Fisher of the National Vaccine Information Center (NVIC) that was  published in The Next City magazine, statistics for profound increases in autism spectrum disorder, asthma, learning disabilities, types 1 and 2 diabetes, and arthritis among children were cited.2 Those chronic disease and disability statistics were updated in Fisher’s 2004 Mothering Magazine article, “In the Wake of Vaccines,” and in a 2008 published review of the medical literature, Vaccines, Autism and Chronic Inflammation: the New Epidemic.

Fight Back Against the Age of Chronic Illness

It has become the norm to see peanut-free tables in school cafeterias, coolers full of inhalers at every school sporting event, and parents buying EpiPens along with pencils and backpacks at the start of the school year. With the numbers of chronically ill children and adults increasing every year, finding better medications to treat asthma, allergies, and high blood sugar levels is necessary, but it can’t be the whole answer.

Much attention has been paid to the influence of diet on gut and brain health, and nutrition may be our greatest tool for reversing chronic inflammation. To that end, there are a number of specialty diets and dietary guidelines that may help reduce dangerous inflammation in the body. The basic principles of an anti-inflammatory diet recommend balance between the food groups and a focus on fresh, unprocessed foods and avoidance of foods that inflame the immune system.

As Harvard Health puts it:

Choose the right foods, and you may be able to reduce your risk of illness. Consistently pick the wrong ones, and you could accelerate the inflammatory disease process.4

As a general rule, the specific foods and food groups that promote inflammation include refined carbohydrates (such as baked goods made with white flour), sugar, fried foods, soda and other sweetened drinks, red meat, processed meats, and vegetable oleos like margarine, trans fats and certain other fats such as lard (rendered pig fat). Foods that help minimize inflammation include olive oil, dark green leafy vegetables, certain kinds of nuts, fatty fish like salmon, and fruits including berries, cherries, and citrus.5

Several herbs and food supplements have been reported to help reduce inflammation in the body. Among the most commonly cited are cloves, ginger, rosemary, and turmeric,6 but others have been identified as well and include cinnamon, green tea, and tart cherries.7

Acupuncture and acupressure, which have been found effective in reducing the symptoms of asthma, rhinitis, inflammatory bowel disease, rheumatoid arthritis, epicondylitis, complex regional pain syndrome type 1, and vasculitis,8 are treatments that may inhibit pro-inflammatory cytokine production.9

Researchers have shown that acupuncture—specifically electro-acupuncture—regulates expression of the pathways between the signaling protein and the enzymes that control pain and inflammation.10

Another holistic health alternative that has been used for healing and to address inflammation in the body is homeopathy. There have been reports of homeopathy helping to minimize the effects of certain kinds of health problems that develop following vaccination.13

Breastfeeding has been shown to offer some protection against future development of inflammatory conditions, probably because of its irreplaceable impact on the development of the infant’s microbiome.

The nature of mucosal microflora acquired in early infancy has been proven to be critical in the determination of mucosal immune response and tolerance, so that alterations of gut environment are directly responsible for mucosal inflammation and disease, autoimmunity, and allergic disorders in childhood and adulthood.14

More than a decade ago, NVIC’s Fisher said:

These brain and immune-system disorders plaguing millions of the most highly vaccinated children in the world are preventing too many of them from thriving, learning, and achieving in the ways past generations of children have thrived, learned, and achieved. And our nation is only beginning to understand the enormous price tag that comes with the burden of chronic disease.15

10 Responses to "Sick is the New Normal"