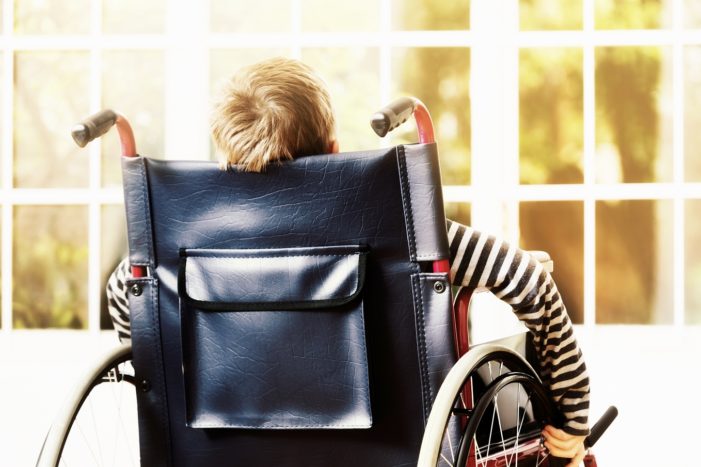 As of September 2016, the U.S. Centers for Disease Control and Prevention (CDC) has confirmed 89 cases of acute flaccid myelitis (AFM), also often referred to as Acute Flaccid Paralysis (AFP), a neurological disease whose symptoms resemble those of poliovirus and non-polio enteroviruses, but for which no cause or treatment is known.

The CDC recorded its first case of AFM in August of 2014. Through December 2014, there were 120 people confirmed with AFM onset in 34 states. In 2015, 15 people across 16 states presented with AFM. New statistics show a surge in 2016, with 89 people across 33 states confirmed to have AFM through September.

Admittedly, the CDC is in the early stages of gathering information about AFM and is monitoring disease activity, investigating cases, risk factors and causes of the mystery illness. Based on AFM’s statistics, most patients are children with an average age of seven years whose symptoms mirror those of polio and non-polio enteroviruses, adenoviruses and West Nile virus. The 2014 identification of AFM coincided with a national outbreak of severe respiratory illness caused by enterovirus D68 (EV-D68), although the CDC said detection of the EV-D68 pathogen was not clear and consistent among all the AFM specimens.1

“It is biologically plausible that EV-D68 could have caused the cases of AFM in 2014, as other enteroviruses have been demonstrated to cause AFM. Also, EV-D68 has been previously identified in clinical specimens from a few patients with AFM. In those cases, however, it is not clear whether the presence of EV-D68 was a coincidence or whether it was the cause of the AFM,” the CDC stated.2

AFM affects a person’s nervous system, particularly the spinal cord. Patients present with a fever or respiratory illness, then develop temporary paralysis. Among the 121 cases reported in 2014, only three children recovered fully, although 85 percent recovered partially.

The 2016 AFM statistics indicate a rising trend. Historically, most cases have occurred between August and December, with a peak in October.3 Already, Washington state confirmed eight new cases of AFM in November.4 There were no AFM cases reported in Washington in 2015 and two cases in 2014.5 Other states reporting AFM cases in 2016 include California, Massachusetts, Florida, Texas, Oregon, Pennsylvania, New York and Virginia.6

Though the cause of AFM has yet to be determined, hypothesis is that AFM cases are associated with live oral poliovirus vaccine (OPV), which is no longer given to children in the U.S. but is still given to children in other parts of the world, where the live vaccine strain virus can shed in the body fluids of children and cause vaccine strain polio in the vaccinated child or a close contact. “Cases of vaccine-associated paralytic poliomyelitis cases do occur in countries using oral poliovirus vaccine (OPV),” according to the CDC.7

India is the perfect example of a country where scientists have long questioned the association between OPV campaigns and increases in unexplained cases of sudden paralysis among children. While India recorded its last case of wild poliovirus in 2011 after 20 years of giving the country’s children multiple doses of OPV, there has been huge surge of cases of Non-Polio Acute Flaccid Paralysis (NPAFP).

Since January 2015, there have been 18,000 cases of NPAFP in India. Compared with 12,000 cases of non-polio paralysis recorded in 2004 in India, which has the second largest population in the world, the number of AFP cases have risen to 53,563 cases in 2012. According to polio surveillance program data, two Indian pediatricians have identified a link between more frequent OPV use and cases of NPAFP.8

The link between childhood vaccines and paralysis has been long known. In particular, the theory of provoked polio suggests that intramuscular injections, such as DPT shots, may be the root of some polio-related paralysis. This is most certainly an hypothesis some experts would like tested.9 Until there are answers, the cause of the tragic cases of AFP/AFM that are occurring in the U.S. and other countries remains a mystery.