Bernadine Healy: The Question of a Link Between Vaccines and Autism is Unanswered 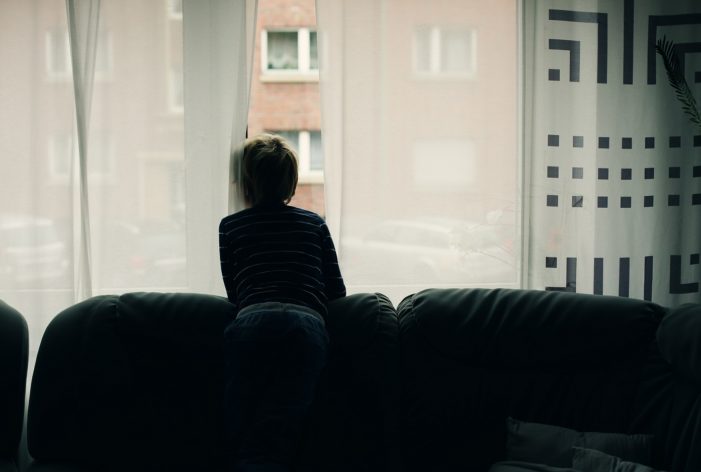 The late Bernadine Healy, MD was an American cardiologist and internist. She was professor of medicine at Johns Hopkins University School of Medicine and Hospital and dean of Ohio State University Medical School. She was president and chief executive officer of the American Red Cross. She was health editor for the magazine U.S. News & World Report. She also served as director of the National Institutes of Health (NIH) from Apr. 9, 1991 to June 30, 1993.1 2

On May 12, 2008, Dr. Healy was interviewed on television by investigative reporter Sharyl Attkisson of CBS News. The interview (click here) focused on the possible link between autism and vaccines. The first time I saw the interview, I could feel my jaw dropping. After all the repeated confirmations, promises, and assurances by U.S. health authorities and the mainstream medical community that there is no causal connection between vaccines and the rising epidemic of autism and autism spectrum disorders (ASD), there on video was a former director of NIH saying, “I think you can’t say that. You can’t say that.”3

So, on the matter of whether vaccines may cause autism and ASD, Attkisson asked, “Do you feel the government was too quick to dismiss of hand that there was this possibility of a link between vaccines autism?”4

In what to me seems like a stunningly revealing, as well as refreshingly honest, response, Dr. Healy said:

I think that the government or certain public health officials in the government have been too quick to dismiss the hypothesis as irrational the concerns of these families without studying the population that got sick. I haven’t seen major studies that focus on 300 kids who got autistic symptoms within a period of a few weeks of the vaccine. I think that the public health officials have been to quick to dismiss the hypothesis as irrational without sufficient studies of causation. I think that they have been too quick to dismiss studies in the animal laboratory, either in mice, in primates that do show some concern with regard to certain vaccines and also to the mercury preservative in vaccines.”4

Dr. Healy was confirming what many people have long suspected—that the studies the Centers for Disease Control and Prevention (CDC) and the mainstream medical community have consistently held up as having proven no causal connection between vaccines and autism are untrustworthy because they do not provide sufficient scientific evidence for such a conclusion. Furthermore, Dr. Healy was clearly pointing out that were studies suggesting the opposite—that there could well be a causal link.

So why not take seriously and follow up on the scientific data indicating a possible link? That would seem the most reasonable thing to do if you’re faced with a serious and growing health epidemic such as autism that shows no signs of abating and which has left everyone mystified as to its cause. Dr. Healy offered this revealing and troubling insight:

… I don’t think you should ever turn your back on any scientific hypothesis because you’re afraid of what it might show.4

In video, you can see that Attkisson sensed the immense significance of Dr. Healy’s comments, and so she followed up to make sure there was no misunderstanding.

You’re saying that public health officials have turned their back on a viable area of research largely because they’re afraid of what might be found.4

According to Dr. Healy, yes. She reiterated:

There is a completely expressed concern that they don’t want to pursue a hypothesis because that hypothesis could be damaging to the public health community at large by scaring people. I don’t believe the truth ever scares people. And if it does have an edge to it, then that’s the obligation of those who are delivering those facts, to do it in a responsible way so you don’t terrify the public. One never should shy away from science. One should never shy away from getting causality information in a setting in which you can test it. Populations do not test causality, they test association. You have to go into the laboratory and you have to do designed research studies in animal.4

Note the part where Dr. Healy said, “Populations do not test causality, they test association.” She was referring to the numerous epidemiological cohort studies that have been conducted to prove or disprove that vaccines may cause autism hypothesis. She was making the point that you cannot rely solely on epidemiological studies to test causality, because, at best, those kind of studies only have the ability to show a correlation. And correlation is simply not the same as causation.

According to Michael Green, JD, Michal Freedman, JD, MPH and Leon Gordis, MD, determining a “specific causation” between a virus or bacteria, for example, and a disease is “beyond the domain of the science of epidemiology.”5 6 “Even the most rigorous epidemiological studies suffer from a fundamental limitation,” says Georgia Ede, MD. “At best, they can show only association, not causation.”7

In an editorial piece I wrote last year, I cautioned against relying solely or to much on epidemiological cohort studies, which, for some odd reason, have become the be-all and end-all at the CDC. The fact is that epidemiology is a basic science, rather than an applied science. It is not equipped to prove anything. It is only capable of coming up with interesting data that might indicate a need for further research employing other kinds of studies, such as observational, biological mechanism, and animal studies, which can produce more conclusive results.5 This is what Dr. Healy was alluding to when she said you have to “go into the laboratory.”

“It sounds like you don’t think the hypothesis of a link between vaccines and autism is completely irrational?” asked Attkisson.

Again, Dr. Healy was extremely candid in her response, revealing that she too initially dismissed the possibility of such a link. She said:

When I first heard that there was a link between autism and vaccines, I thought,  well, that’s silly. Really, I mean I tended to dismiss it just on the superficial reading, or just reading what was in the papers, no offense to the media. So when I first heard about it, I thought, that doesn’t make sense to me. The more you delve into it, if you look at the basic science, if you look at the research that’s been done in animals. If you also look at some of these individual cases, and if you look at the evidence that there is no link, what I come away with is… the question has not been answered.4

The question has not been answered?

That may be the most powerful and honest statement made by anyone in the ongoing debate about vaccines and autism. The fact that it was made by such a high-profile and highly respected physician, professor of medicine, and former director of the NIH should be more than enough to give us all pause.

Given the gravity of the autism epidemic in the United States (1 in 45 children 3-17 years of age have ASD8), you would think that such a statement should certainly nudge public health officials, doctors, and scientists to be less complacent about what they think they know and be inspired to go back to the drawing board and rethink this issue and the methodologies used to come up with the popularized conclusion that vaccines do not cause autism.

Is it possible that this complacency is based more on the fear of scaring the public than on actual science? That there can be no causal link between vaccines and autism because the thought and consequences of having gotten this conclusion wrong would just be too horrible to contemplate?

7 Responses to "Bernadine Healy: The Question of a Link Between Vaccines and Autism is Unanswered"