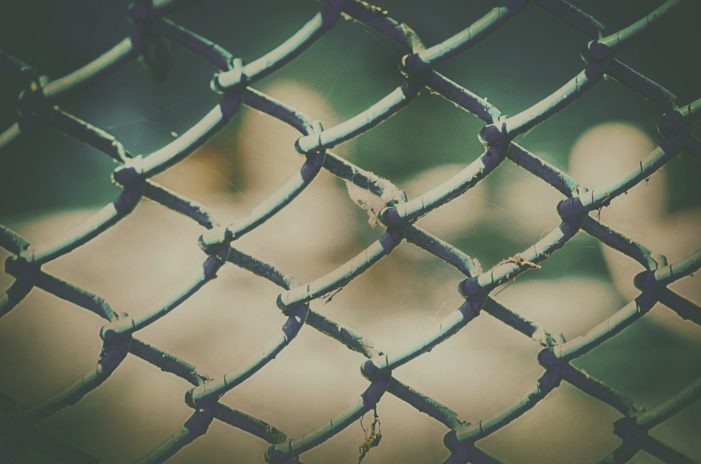 With its Notice of Proposed Rulemaking (NPRM) in the Federal Register on Aug. 15, 2016,1  the Centers for Disease Control and Prevention (CDC) has moved to dramatically expand the power of the U.S. government over the lives of the American people. This may be the clearest example to date of an agency gone amok.

In a recent commentary on the NPRM, Barbara Loe Fisher, co-founder and president of the National Vaccine Information Center (NVIC), observed:

Today, the American people are challenged, as they have never been before, to confront the expansion of government authority over our bodies and the bodies of our children, specifically the exercise of police power to take us into custody and isolate us without our consent whenever public health officials believe we are sick or could become sick.2

The CDC, with its NPRM, is seeking to “restrict the freedom of a person entering the U.S. or traveling between states if they believe the person is infected or could become infected with certain kinds of communicable diseases.”2

Would this new authority open the way for the U.S. government health officials to eventually restrict travel via automobile, bus and train from state to state? Could state public health authorities eventually prevent me from walking across the street or riding my bicycle from one town to the next if I were found to have a cold or the flu? Where exactly would this new authority to control communicable diseases stop?

The NPRM calls for airline and cruise ship personnel to increase surveillance of travelers into the U.S. and those traveling between states, but states have the greatest authority under the Constitution to use police powers to control infectious diseases within state borders.  The CDC also provides substantial funding to states to maintain high uptake of all federally recommended vaccines.  So, as Fisher points out, the NPRM indicates the CDC plans to enlist the “participation of federally funded state health departments”2 —which means that state policing authorities could eventually be doing a lot more detaining, isolating and quarantining of people in the U.S., who appear “unwell” but are otherwise simply going about minding their own business.

So, how would all of this work in real life in the event I had a rash or coughing fit while running into a federal or state public health official in the supermarket or at the gym? Were the NPRM to be implemented, it is certainly possible that we could, indeed, be “vulnerable to detention and quarantine if health officials decide you are, or could become, a transmitter of measles or other infections.”2

And what specifically is meant by “other infections“? How open-ended is this term?

Is the CDC trying to expand its authority to detain and quarantine people without their consent? Yes, says Fisher.

In a nutshell, the federal government is consolidating and strengthening power that was originally used to prevent persons with yellow fever and cholera from disembarking from ships entering U.S. ports in the 19th century and causing epidemics on land. For most of our country’s history, the list of contagious diseases that allowed government health officials to detain and quarantine people without their informed consent was appropriately very short, confined to a few very serious contagious diseases, including yellow fever, smallpox, cholera, diphtheria, infectious tuberculosis, and the plague.2

So, now what are we talking about? Anything that has the potential to infect others? As Fisher points out, there are “many viral and bacterial infections that occur quite often in our country, like bronchitis and the stomach flu.” And nearly every infection has the potential to spread and cause harm or even death to some people. But that does not mean that health officials should be empowered to “take you into custody and isolate you if you look sick or have been around someone who is sick.”2

Some symptoms that “could get you detained” under the CDC’s NPRM include vomiting, diarrhea, and a fever of more than 100 degrees—symptoms that can be caused by everything from “allergic reactions, inflammatory bowel disease, salmonella and norovirus infections to hangovers and the common cold.”2

It is not difficult to imagine all kinds of people who are simply not feeling well being rounded up by public health authorities under the assumption that they might have a “communicable disease” and thus pose a danger to society.

So, what would happen were you to be taken into government custody? The NPRM language suggests that you could be held for up to 72 hours without the right to contact a lawyer to appeal your detention. You would be asked to sign a contract with the CDC agreeing to submit yourself or your minor children to such “public health measures” as “quarantine, isolation, conditional release, medical examination, hospitalization, vaccination, and treatment.”2

And what if I don’t want to sign a contract with the CDC? Then what? According to Fisher:

[E]ven if you don’t voluntarily agree to sign that contract, public health officials can still do whatever they want to do to you because ‘the individual’s consent shall not be considered a prerequisite to any exercise of any authority’ by the CDC. And if government officials do release you from detention, you can be electronically tracked and monitored, including by electronic tracking devices you have to wear or by email, cell phone texts, video conferencing and voicemail.2

Does any of this remotely sound like the United States of America? No. The NPRM is a blatant power grab by an agency that has seemingly lost its way, and it represents a serious threat to the American way of life as we know it.2

22 Responses to "CDC Aims for Unprecedented Expansion of Policing Powers"