So What Became of the $1.9 Billion for Zika? 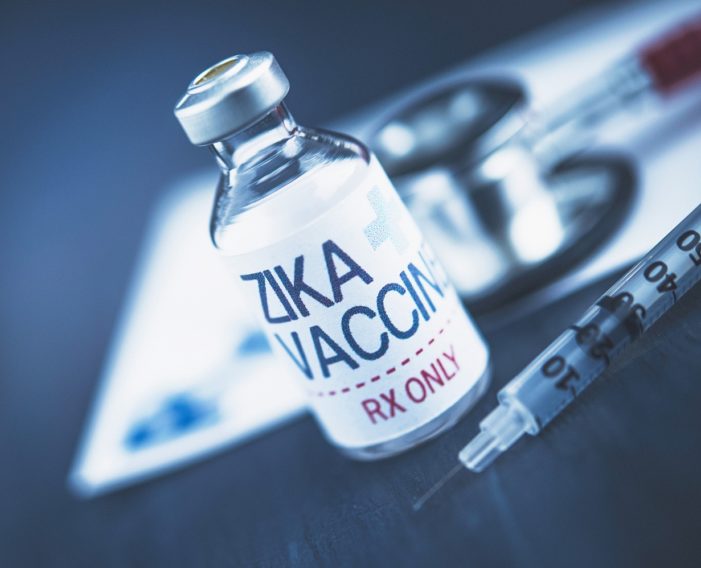 On Feb. 22, 2016, the White House submitted to the U.S. Congress a $1.9 billion emergency supplemental appropriations request from the Departments of Health and Human Services (HHS) and State and the U.S. Agency for International Development (USAID) for fiscal year (FY) 2016 for “preparedness efforts” related to the Zika virus.1

Funding would support immediate response activities to prevent the spread of, prepare for, and respond to Zika virus transmission; fortify domestic public health systems to prevent, detect, and respond to Zika virus transmission; speed research, development, and procurement of vaccines, therapeutics,  and diagnostics; provide emergency assistance to States and the U.S. Territories to combat the virus; provide additional Federal Medicaid funding in Puerto Rico and other U.S. Territories for health services for pregnant women at risk of infection or diagnosed with Zika virus, and for children with microcephaly, and for other health care costs; and enhance the ability of Zika-affected countries to better combat mosquitoes, control transmission, and support affected populations.1

The supplemental funds included $828 million for the U.S. Centers for Disease Control and Prevention (CDC) to perform research to understand  the “clinical and epidemiological patterns to make [the causal connection between Zika and microcephaly] definitive.”2

So, let’s pause here briefly. The U.S. government laid out a proposal to spend $1.9 billion on activities—including buying or developing vaccines—to combat Zika before knowing for sure if the virus, in fact, posed a serious health threat to the American public—a virus that, for decades, has been known to be relatively harmless. The proposal was submitted to Congress just 10 days after the World Health Organization (WHO) stated in its Zika situation report, “No scientific evidence to date confirms a link between Zika virus and microcephaly…”3 At the time, even the CDC was saying, “Additional studies are needed to determine the degree to which Zika might be linked with microcephaly.”4

There were clearly strong concerns at the CDC that there might be a connection between Zika and the noticeable uptick in the number of microcephaly birth defect cases being reported in Brazil, but that connection was still considered one based more on correlation rather than causation.5 6 7

Three days before the $1.9 billion request was submitted to Congress, an article by Mike Stobbe of the Associated Press quoted University of Michigan epidemiologist Dr. Arnold Monto, who was skeptical of the link between Zika and microcephaly. According to Dr. Monto,  “The simple presence of the virus doesn’t mean it caused the birth defect.” Stobbe also quoted University of Pittsburgh microbiologist Dr. Ernesto Marques, who noted that that proving a causal relationship between Zika and microcephaly is akin to prosecuting a murder investigation, with Zika as the supposed killer but with many unanswered questions.

What you have so far, the victim is there, and you find a person right there that has a smoking gun in his hand. But you still need to close the deal.8

The Stobbe article went on to say that, according to experts, it “will take a combination of studies and laboratory evidence to finally determine if Zika is the villain it appears to be.”8

It was not until Apr. 13, 2016—a full seven weeks after the emergency funds were requested—that the CDC announced its belief that the Zika virus was “a cause of microcephaly and other severe fetal brain defects.”9 The conclusion by the CDC was based on a paper written and published in The New England Journal of Medicine (NEJM) by Sonja A. Rasmussen, MD, Denise J. Jamieson, MD, MPH, Margaret A. Honein, PhD, MPH, and Lyle R. Petersen, MD, MPH.10 All four authors are CDC employees.

This study marks a turning point in the Zika outbreak. It is now clear that the virus causes microcephaly. We are also launching further studies to determine whether children who have microcephaly born to mothers infected by the Zika virus is the tip of the iceberg of what we could see in damaging effects on the brain and other developmental problems,” said Tom Frieden, MD, MPH., director of the CDC. “We’ve now confirmed what mounting evidence has suggested, affirming our early guidance to pregnant women and their partners to take steps to avoid Zika infection and to health care professionals who are talking to patients every day. We are working to do everything possible to protect the American public.9

It is reasonable to assume that the government was just being prudent and wanted to move forward as quickly as possible to prepare for the possibility of a causal connection between Zika and microcephaly. It’s also reasonable to think the government was getting way ahead of itself and seemed bent on proving a causal connection at all costs, even in light of emerging reports from medical and environmental groups in South America suggesting a more likely cause of the microcephaly cases could well be toxic pesticides such as Pyriproxyfen.11

Alternative theories as to the cause of the microcephaly cases seemed to be dismissed outright by the CDC. Of course, the problem with adopting such certainty so early on in the process of investigating an apparent epidemic is that you can become mired in wanting to prove what you believe to be true, rather than remaining open to all possibilities. This kind of mindset is thoroughly unscientific. It appears to give more weight to keeping to an agenda than to discovering the truth.

On May 17, the Senate passed a $1.1 billion funding package for “international and domestic Zika control and prevention efforts through September 2017.”12 The House of Representatives on May 18 responded with its own Zika funding package worth $622 million.

The two main differences between the two measures had to do with timing and the source of the funds. While the Senate bill (H.R. 2577) provided money through September 2007, the House bill (H.R. 5243) did so only through September 2016.13 14 Meanwhile, while the House bill was funded entirely through “offset” transfer payments from other areas of the budget, the Senate bill was funded through new debt spending.14

In mid-June, a House-Senate conference committee conducted negotiations to resolve differences between the two bills. On June 22, the conference committee reached an agreement on a compromise bill which would provide $1.1 billion for Zika-related activities, but would source the money from existing budget accounts. The legislation earmarked $476 million for the CDC for mosquito control and $230 million for the National Institutes of Health (NIH) for development of a Zika vaccine.15

The compromise bill, for example, would cut $543 million in “unused funds” from implementation of Affordable Care Act (“Obamacare”) health care exchanges in U.S. territories. It would also transfer $107 million from HHS in “leftover” money, which had been originally appropriated to combat Ebola in the U.S. in 2014, and $100 million in administrative funds. Additionally, the legislation included a provision to block money from going to the Planned Parenthood organization for birth control services to women who might be at risk of contracting Zika.15

The House of Representatives passed the compromise bill on June 23, but the measure failed passage in the Senate on June 28 due largely to sharp disagreements on the Planned Parenthood provision, as well as language seeking to relax environmental regulations.16

In mid-July, Congress adjourned for a seven-week recess, leaving the issue of emergency funding for Zika unresolved.17

On Aug. 11, HHS Secretary Sylvia M. Burwell announced plans to transfer $81 million from other accounts within her department’s budget to help fight Zika. Of the total, $34 million will come from NIH programs and $47 million from the budget of the Biomedical Advanced Research and Development Authority. These funds will supplement $347 million that HHS has already reallocated for Zika efforts.18 19

The move by HHS is seen as a stopgap measure until Congress reconvenes in September and decides to resume consideration of the Zika legislation. So, this story is… to be continued. What is clear is that, now that the CDC has taken the official position that the Zika virus causes microcephaly, it will be very difficult, certainly from a political standpoint, for the agency to change its position—regardless of what new scientific research may eventually uncover. “That’s our story and we’re sticking with it!”

Within less than a year of the news reports from Brazil about the sudden rise in microcephaly cases in that country, we’ve already discovered the cause of the supposed epidemic, taken a giant leap of faith that the U.S. public is also in imminent danger, commenced pesticide spraying campaigns in U.S. cities against mosquitoes believed to carry Zika, and proceeded full steam ahead to develop a Zika vaccine.