Religion and Conscience are Intertwined 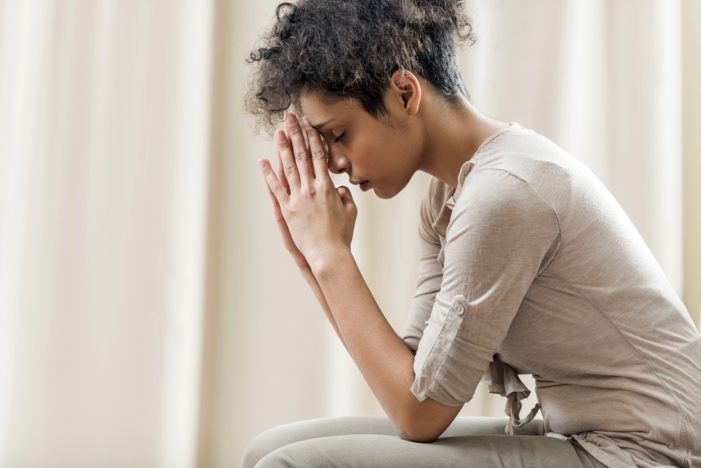 People view and practice religion in different ways. I have always tended to see religion more as a journey of growth in spiritual wisdom—of being open to all possibilities for experiencing the creative power of the universe and learning from the teachings of sages, mystics and prophets (both past and present). I have sensed that the journey has been guided by my conscience—that inner still small voice that has often been said to be the highest authority.

Mahatma Gandhi once said, “There is a higher court than courts of justice and that is the court of conscience. It supercedes all other courts.”1

In one of his many sermons, 19th century Church of Scotland minister Robert Herbert Story described conscience as the “compass we must steer by.”2 He said that even if it is not pointing due north, “we cannot help it: as long as we believe it to be true, and have no means of checking it, we can be trusted to it.”2

The relationship between religion and conscience is closely intertwined. However, I had never previously stopped to reflect just how much until faced with the possibility of losing my religious freedoms as it relates to something as deeply personal as bodily integrity. Spurred on and financed by the pharmaceutical industry, the unceasing lobbying efforts within state legislatures in the United States to eliminate religious exemptions to vaccination and the resultant pushback by American families defending their religious freedoms, has put into clear perspective what is at stake here.

A common argument used by those attacking the right of people to refuse vaccination on the basis of religion is that that exemption is being abused, and that there are people who are not really religious or belong to an organized religion or even go to church who are claiming the exemption. Then, of course, there is the more authoritarian argument that the religious exemption should not even exist in the U.S.

According to pediatrician and vaccine developer Paul Offit, MD of The Children’s Hospital of Philadelphia:

Religious exemptions to vaccination are a contradiction in terms. In the good name of all religions, they should be eliminated.3

Dr. Offit has also been quoted as saying, “Stating a religious belief is seen as a kind of immunity from responsibility.”4 In other words, for compulsory vaccination proponents like Offit, religious belief has become irrelevant whenever it happens to butt heads with policies such as vaccination that are mandated by government.

Then there’s the logic of oncologist David Gorski, MD of the Wayne State University School of Medicine in Detroit:

Why should religious objections to vaccination be privileged above any other objection, such as philosophical or plain “I just don’t want to”? There’s no rational reason why they should.5

Religion is being crammed into a box by individuals who have taken it upon themselves to define and cast religion through their own narrow views. It is what has often been done throughout history by those who want to dismiss the meaning of religious belief for individuals and minimize the influence of religion in society, either because it doesn’t make sense to them or they fear it, or they wish to impose their own set of values and beliefs to control people who prefer to be guided by a higher authority.

The problem is that you cannot put religion into a box because religious belief that is personal isn’t a thing that can easily be grasped and relocated at one’s pleasure. Religion means different things to different people. People seek spiritual enlightenment differently. They conceptualize and understand God differently. They commune in worship differently, or they don’t.

In the end, the only thing that can be accurately stated about religion is that it is a personal freedom based on the expression of one’s conscience.

Perhaps no one has written more clearly about this as it relates to vaccination than Barbara Loe Fisher, the co-founder and president of the National Vaccine Information Center (NVIC). In an article published earlier this year titled “Defending the Religious Exemption to Vaccination,” she explored the origins of freedom of religion and conscience as codified in the Virginia Bill of Rights, which served as the basis for the First Amendment of the U.S. Constitution, and wrote:

Virginia is the hallowed ground where freedom of thought, conscience and religion was first defined as a natural right and was codified into American law. Virginia is the place where George Mason and Thomas Jefferson wrote the Virginia Bill of Rights and the Virginia Act for Religious Freedom and where, over the years, the General Assembly has enacted the strongest religious freedom and parental rights legislation in the country.6

That First Amendment was based on the Virginia Bill of Rights adopted by the Virginia General Assembly before Congress approved the U.S. Constitution Bill of Rights. Section 16 of the Virginia Constitution states that: 1. “All men are equally entitled to the free exercise of religion, according to the dictates of conscience;” and 2. “No man shall be compelled to frequent or support any religious worship, place, or ministry whatsoever,” and 3. “The General Assembly shall not prescribe any religious test whatever” on citizens.6

And there it is—the “exercise of religious beliefs according to the dictates of conscience.” Beautiful, isn’t it?

We, as free individuals, in the U.S. have the right to have religious beliefs guided by our conscience. And those religious beliefs are sacred—they cannot be pushed aside on a whim by the Offits and Gorskis of the world who might wish to do so for the mere sake of ramrodding a vaccination agenda.

Who has the moral authority to deny anyone the right to pray to God for guidance and obey our conscience when making a decision about a pharmaceutical product that can brain injure or end our life or our child’s life?7

The answer is: nobody. At least not in the United States of America. Because that fundamental and precious human right is protected by our Constitution.

15 Responses to "Religion and Conscience are Intertwined"