> Industry-Sponsored Research: Parallels Between the Vaccine and Tobacco Industry - The Vaccine Reaction

Industry-Sponsored Research: Parallels Between the Vaccine and Tobacco Industry 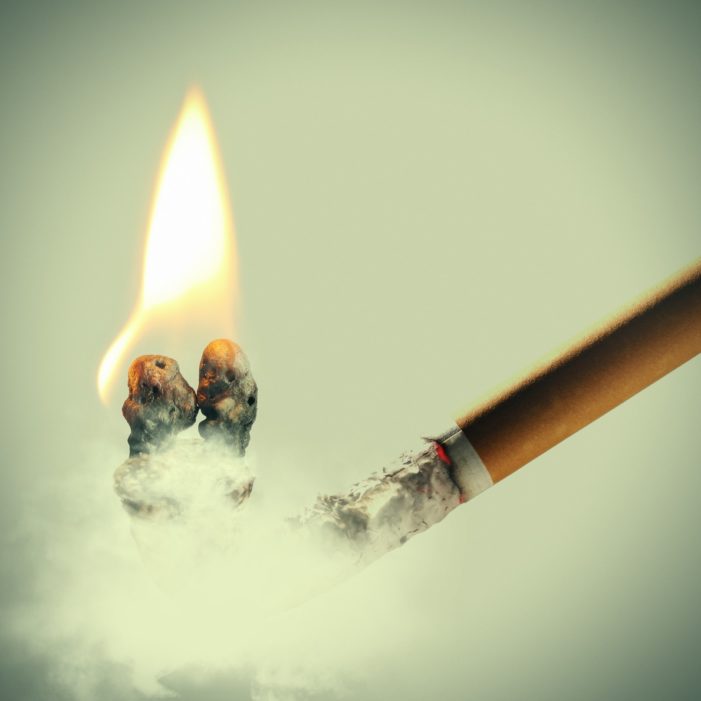 Industry-sponsored research has become the norm in the United States. In fact, most U.S. clinical trials within the fields of science and medicine, notably within the pharmaceutical sector, are now funded by industry.1 2 3 4 This has created a plethora of opportunities for funders to create data to fit their business agenda, thus creating a dilemma articulated in American author Upton Sinclair’s theorem, “It is difficult to get a man to understand something, when his salary is dependent upon him not understanding it.”5

Both the tobacco and vaccine industries appear to share commonalities in leveraging their products—using industry-sponsored funding to influence scientific discourse and to deny, distort and downplay growing evidence that their products are ineffective and dangerous. The parallels between the dynamics of these two industries are glaring.

The Tobacco Industry’s Manipulation of Authority

In the 1930s and 1940s, smoking cigarettes became “the thing” to do among men and women in the U.S. Interestingly, many physicians smoked during this period as well. Tobacco companies strategically featured doctors in their print and broadcast advertising campaigns to assure consumers that their products were safe.6

It was during this time of widespread tobacco advertising and use that research studies were published showing a statistical link between smoking and lung cancer.7 This raised public anxiety over the health risks associated with smoking. Nevertheless, the industry continued to use physicians as reassuring authority figures to sell their products.6

A review in the American Journal of Public Health perfectly describes the use of physicians as sales ploys.6

In retrospect, these advertisements are a powerful reminder of the cultural authority physicians and medicine held in American society during the mid-20th century, and the manner in which tobacco executives aligned their product with that authority.6

This marketing strategy still holds true in the U.S. today. The drug industry has aligned vaccines with medical doctors and enlisted them to act as their allies by placing them in a perceived position of absolute authority when it comes to assuring Americans that vaccines are absolutely safe and effective.

By 1953, the tobacco industry was facing a PR crisis due to an increasing number of studies demonstrating a strong relationship between smoking and the dramatic increase in lung cancer.7 9 These findings were publicized in major peer reviewed medical journals, as well as featured in the media.9

As a result, the tobacco industry embarked on a completely different strategy.9 Allan Brandt, PhD, a professor of the History of Medicine at Harvard University, explains that “the tobacco industry would launch a new strategy, largely unprecedented in the history of U.S. industry and business: it would work to erode, confuse, and condemn the very science that now threatened to destroy its prized, highly popular, and exclusive product.”9

In other words, the industry decided that the most effective method to overcome this threat was to use its influence in managing the science that was undermining its existence. After all, the tobacco industry understood the power of influence and authority following its successful use of doctors and celebrities as endorsements for its products.9

The tobacco industry’s program to engineer the science relating to the harms caused by cigarettes marked a watershed in the history of the industry. It moved aggressively into a new domain, the production of scientific knowledge, not for purposes of research and development but, rather, to undo what was now known: that cigarette smoking caused lethal disease. If science had historically been dedicated to the making of new facts, the industry campaign now sought to develop specific strategies to ‘unmake’ a scientific fact.9

The tobacco industry had no absolutely no interest in answering scientific questions. Their goal was to take control of research programs “to use science in the service of public relations.”9 The industry continued to deny that smoking caused cancer by maintaining the controversy.7

A report by the European Environment Agency (EEA) notes, “Publicly the companies’ overriding policy has been to argue that they are not qualified to comment on the health consequences of smoking, but when they do so to create confusion and ‘keep the controversy open.’” This has been done by, on the one hand denying the existing evidence, while on the other hand demanding absolute proof of causation and calling for more research.7

This research, much of which was covertly funded by the tobacco industry, is designed to look at other causes of cancer and to water down the evidence linking smoking and disease. For example, industry statements are peppered by fudging comments such as “no clinical evidence,” “no substantial evidence,” “no laboratory proof,” “unresolved,” and “still open.” Nothing has been “statistically proven,” “scientifically proven,” or “scientifically established.” There is no “scientific causality,” “conclusive proof,” or “scientific proof.”7

This sounds all too familiar.

We are currently witnessing the same type of rhetoric in the pharmaceutical industry, specifically with regard to vaccines. Vaccine manufacturers, which are shielded in the U.S. from civil liability for the safety of their products, are a powerful voice in government vaccine regulation and policy-making and heavily influence the direction of vaccine research. Given that vaccines are big business for the pharmaceutical industry, the tension between generating profits and studying the negative side effects of their products has created a huge financial conflict of interest.

Pharmaceutical sponsored research is deeply rooted within the medical system—from academia to public health agencies like NIH, CDC and FDA to doctors and other health care professionals administering vaccines. Pharma also massively influences the media coverage of stories about vaccine issues by paying print and broadcast news outlets in the U.S. to run advertisements marketing and promoting use of vaccines.

It is rare to see independent, objective data about vaccine safety being published today. Conflicts of interest in vaccine safety research is an urgent public health issue of great concern to Americans being pressured to use an increasing number of vaccines.

It is said that history is the greatest teacher. The tobacco industry offers a good historical lesson.

8 Responses to "Industry-Sponsored Research: Parallels Between the Vaccine and Tobacco Industry"