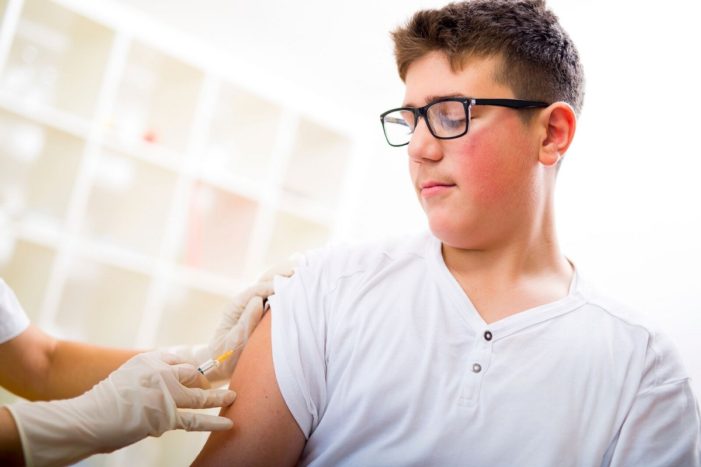 There has been an increase in the numbers of reported cases of B. pertussis (whooping cough) in the United States in recent decades, especially in the past few years. Reported outbreaks of the highly contagious disease have commonly been attributed to waning protection of the pertussis vaccine and low vaccine coverage.

Additionally, researchers have been arguing about whether the B. pertussis organism started evolving shortly after the whole cell DPT vaccine was given on a mass basis to children in the late 1940s followed by introduction of less reactive acellular DTaP vaccine in the mid 1990s.1 However, now there is wider recognition of scientific evidence that data in recent years points to a fourth cause—asymptomatic transmission of whooping cough by vaccinated individuals.

In 1922, there were 107,473 reported cases of pertussis in the United States and 5,099 deaths.2 Pertussis-related mortality declined during the 1940s largely due to improved sanitation, hygiene and access to health care. Although there was a general decline in reported pertussis cases after the DPT vaccine was introduced in the late 1940s, reported cases began to increase in the 1980s.3 One 1977 study published by the U.S. Centers for Disease Control and Prevention (CDC) found whole cell DPT vaccine effectiveness was only 63 percent.4

In the U.S., the pertussis vaccine is administered in a combination shot that contains vaccines for diphtheria (D), tetanus (T) and pertussis (P). Due to frequent serious complications, including brain inflammation and permanent brain damage, the older whole cell pertussis vaccine (DPT) that was created in the early 20th century was replaced in 1996 by a purified, less reactive acellular vaccine (DTaP). Although whole cell DPT vaccine is still used in parts of Africa, Asia and the Middle East, children in the U.S., Europe and most other developed countries other countries receive four to five doses of acellular pertussis DTaP vaccine by age six and a booster dose of Tdap vaccine in their adolescent years.9

A 2005 case-control study estimated the effectiveness of DTP and DTaP vaccines to range from 83.6 percent to 97.7 percent, depending on the number of doses administered, vaccine combinations used and age of the child at administration.10

A 2012 analysis of a pertussis outbreak in California revealed that pertussis vaccine effectiveness was 41 percent for children aged two years to seven years, 24 percent for children aged eight years to 12 years and 79 percent among adolescents aged 13 years to 18 years.11 A second 2012 study examining the 2010 pertussis outbreak in California confirmed waning protection from the five-dose DTaP series each year after the final dose.12

A 2013 study backed up these findings by evaluating the protection of the five-dose DTaP series for children born between 1998 and 2003 in Minnesota and Oregon. The incidence of pertussis for the fully vaccinated children rose each year following the fifth dose of the vaccine.13

The CDC issued a press release about the 2012 pertussis outbreak in Washington state acknowledging that pertussis vaccine immunity begins to wane within five years. CDC officials also stated that unvaccinated individuals and children with vaccine exemptions are not responsible for reported whooping cough outbreaks.14

In fact, 73 percent of the children aged seven years to 10 years and 81 percent of the adolescents in Washington with pertussis infections had been fully vaccinated.15

While the evidence for waning vaccine immunity over time has received considerable media attention, relatively few people know that vaccinated persons can become infected and transmit pertussis to others without showing any symptoms.

Given this biologically plausible explanation for reported resurgence of pertussis in highly vaccinated human populations, two researchers from Santa Fe Institute, a nonprofit research center, collected empirical data from the CDC on reported pertussis cases in the U.S. from 1922 to 2012. Because of a similar rise in reported cases of pertussis during the past 20 years in the United Kingdom, the New Mexico researchers also collected data on pertussis cases reported in England from 1940 to 2013. These periods accounted for a time when there was no pertussis vaccination and times when whole-cell and acellular pertussis vaccines were used. Coupled with genomic data, the investigators created a detailed epidemiological model of whooping cough transmission.

Their conclusion, which they published in 2015, was that vaccinated individuals may not display any symptoms of whooping cough, but can still be infected with the bacterium and unknowingly spread the disease multiple times in their lifetime. This asymptomatic transmission not only contributed to the observed increase in pertussis incidence over the years, but may have exacerbated it.

Further, the model showed that vaccinating parents, siblings and other individuals in close contact with unvaccinated infants too young to receive pertussis vaccine—a theoretical method of protection that public health officials call “cocooning” may be completely ineffective. The researchers also pointed out that the theory of achieving “herd immunity,” which is supposed to be accomplished when a high enough proportion of individuals in a population have been vaccinated in order to protect unvaccinated individuals, was also impractical for pertussis vaccine according to the model.

“Clearly, more research is necessary, but if our results hold, public health authorities may be facing a situation similar to that of polio, where vaccinated individuals can still transmit infection,” the researchers wrote.

In light of current evidence and our results, we cannot dismiss the potential far-reaching epidemiological consequences of asymptomatic transmission of B. pertussis and an ineffective B. pertussis vaccine.17

When there are a lot of people with silent asymptomatic pertussis infections, it is impossible to know who is a carrier and who is not, which means that reported cases of pertussis are just the tip of a very big iceberg. It also means that articles blaming whooping cough cases on unvaccinated or partially children are nothing more than wishful thinking and scapegoating. If vaccinated people can get silently infected and transmit infection without showing any symptoms—even after getting four to six pertussis shots—then pertussis vaccine acquired ‘herd immunity’ is an illusion and always has been.18

13 Responses to "Symptom-Free Vaccinated Individuals May Be Spreading Pertussis"