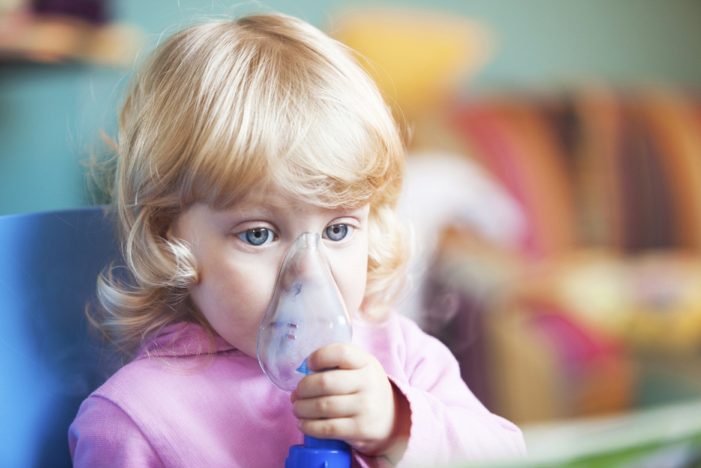 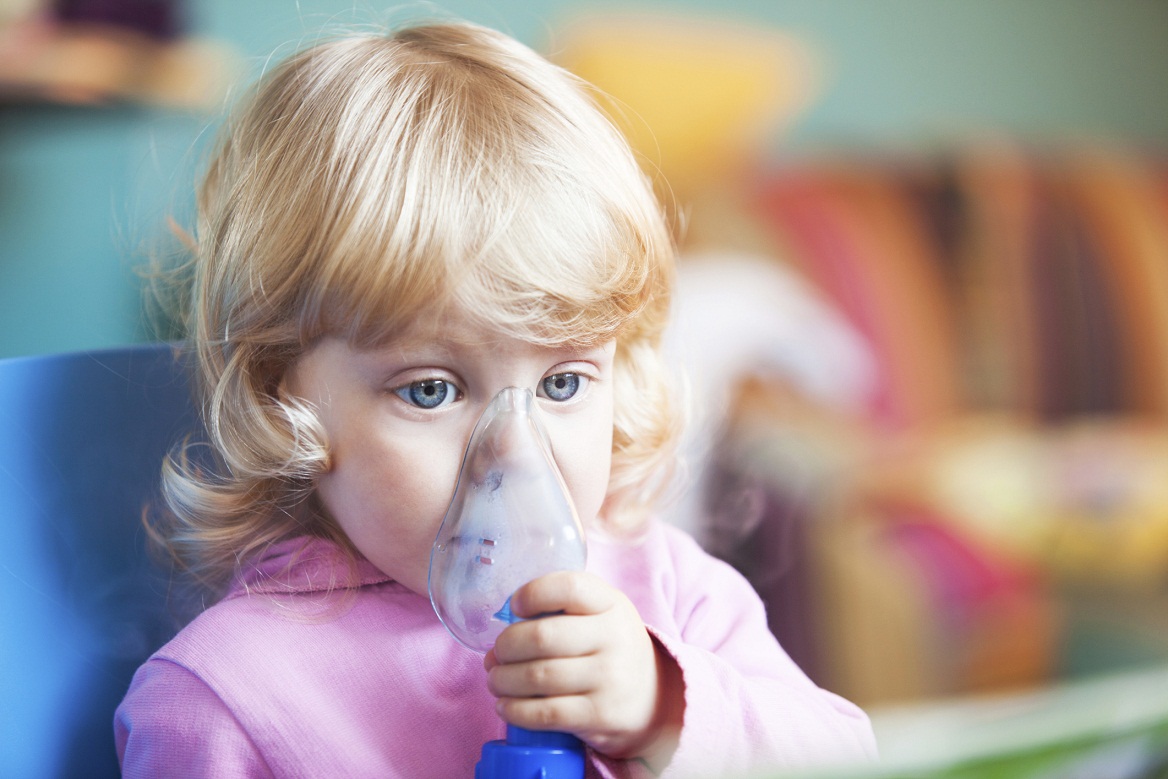 Chronic diseases are the leading cause of death and disability in the United States. The prevalence of chronic diseases among children continue to rise1 with asthma being one of the most common chronic disorders in childhood affecting an estimated 7.1 million children under 18 years of age, of which 4.1 million suffered from an asthma attack or an episode in 2011.2

Asthma is a chronic lung disease that manifests itself through reoccurring periods of wheezing, coughing, chest tightness and difficulty in breathing.3 During an asthma attack, muscles around the airways constrict, tighten and the lining of the airways become inflamed and swollen resulting in less air flow into the lungs.3 Asthma attacks tend to be triggered by environmental stimuli such as  indoor and outdoor allergens (pollen, mold, dust mites, etc.), tobacco smoke, air pollution, temperature change, etc.4

The severity of asthma ranges from milder forms to life threatening. Current medical opinion is that asthma cannot be cured but only managed through medical treatment with anti-inflammatory agents (inhaled steroids) and bronchodilators to prevent and control attacks.5

An Epidemic with an Unclear Cause

There is growing concern about the skyrocketing rates of childhood asthma in the United States. Asthma affects children more often than adults.6 After a decade of steady decline in 1970s, the number of children suffering from asthma has increased dramatically beginning in the early 1980s.5 The number of children with asthma has risen from 2.5 million in 1982 to approximately 7.1 million in 2010.2 4 5

According to the Centers for Disease Control and Prevention, approximately 1 in 10 children between the ages of 5 and 14 years old has asthma7 and it is the third leading cause of hospital stays in children under the age of 15.2 8

There are different theories about the potential causes of asthma and researchers have speculated that the interaction of genetic and environmental factors occurring in the early years of life may be the cause of the onset of asthma.9 Some of these factors include an inherited tendency to develop allergies (atopy), parents who have asthma, respiratory infections during childhood, etc.9 10 A theory that is being taken more seriously to explain the increasing prevalence of asthma is the “hygiene hypothesis.”11

According to the American Academy of Allergy Asthma and Immunology:

This theory suggests that living conditions in much of the world might be too clean and that kids aren’t being exposed to germs that train their immune systems to tell the difference between harmless and harmful irritants.11

Other research suggests that the rising rates of asthma may be multi-factoral and, therefore, scientists continue to explore all potential causes of asthma.10 11

The Cost of Childhood Asthma

The growing asthma epidemic among children and young adults has also resulted in heavy economic costs. According to the American Lung Association,  the total annual cost of asthma is approximately $56 billion a year. The annual direct healthcare cost accounts for approximately $50.1 billion while the indirect costs from loss of pay, etc. accounts for $5.9 billion a year.2

Asthma is also the leading cause of missed school days among children ages 5 to 17. In 2013, children in this age group missed approximately 13.8 million school days.12 Since school absences have consistently been associated with poor academic performance and because students suffering from asthma are absent from school more than their counterparts, they are more likely to experience poor academic outcomes associated with absenteeism.13

Research also shows that students who miss school days tend to score lower on standardized tests in reading and math and are more likely to drop out from high school.13 Consequently, working families struggle to cope with children suffering from asthma as every missed day of school means a missed day of work. Since children account for a large percentage of people with asthma, it is likely that working parents are incurring the cost of lost productivity by caring for children who miss school days.5

We face a serious threat to our future economic success due to the increasing prevalence of chronic diseases like asthma among children in this country. If our children are chronically unhealthy in the early years of life, they are unlikely to be productive in the labor force as adults.

Most discussion around the impact of chronic diseases among children has not fully addressed future economic implications. However, this should not be interpreted as a lack of urgency because it is indeed a catastrophe. It is crucial for public health agencies and officials to focus efforts on understanding the root cause of childhood chronic health conditions like asthma before it is too late.

11 Responses to "The Cost of America’s Childhood Asthma Epidemic"