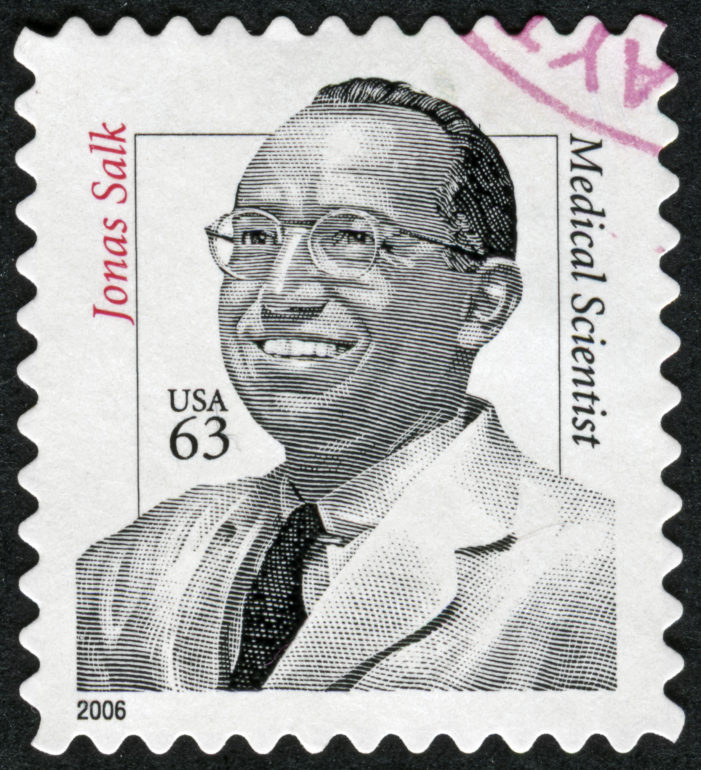 A recent article in the Pittsburgh Post-Gazette titled “Sixty Years Later, Recalling the Jonas Salk Polio ‘Miracle’” written by Virginia Linn keeps the myth of the so-called miracle of the Salk polio vaccine alive and well.1 It also serves as a continuing testimony to the laziness of the mainstream media to do its historical homework. Ms. Linn’s piece opens with, “Sixty years ago this coming Sunday (April 12), the Salk polio vaccine was declared ‘safe, effective and potent,’ an announcement cheered with the fervor of a national holiday. At the time, the dreaded disease was infecting more than 50,000 children in the United States a year, killing many and leaving some so paralyzed they could breathe only with the help of an iron lung.”1

So it is a fact of history that the numbers dropped precipitously before the Salk vaccine was widely distributed. Now, let’s start with 1954 when medical researcher and virologist Salk actually came up with his inactivated injectable polio vaccine. That same year, the government redefined polio. According to Dr. Bernard Greenberg, head of the Department of Biostatistics of the University of North Carolina School of Public Health:

Under the new definition of polio, thousands of cases which would have previously been counted as polio would no longer be counted as polio. The change in the definition laid the groundwork for creating the impression that the Salk vaccine was effective.

In 1955, the government began a nationwide mass vaccination campaign using the Salk vaccine. From 1957 to 1958, the number of polio cases (despite the new, stricter definition) spiked upward by 50 percent because the vaccine itself induced paralysis.4 5 From 1958 to 1959, polio cases increased by 80 percent.4 Afterward, polio began to decline, probably because the bulk of the vaccinations had already been given during the second half of the 1950s… and because of the new, stricter definition. In 1960, there were only 3,190 cases of polio, compared to 8,425 in 1959.2

The number of polio cases would have been even much higher in 1957-1959 had the government not changed the rules in midstream. By then, though, Jonas Salk had already been on the cover of TIME magazine and was an international hero. There were good reasons that polio dramatically declined in the US, but Mr. Salk and his vaccine was not necessarily one of them. In fact, polio declined despite the Salk vaccine.

2 Responses to "The Salk ‘Miracle’ Myth"