Should We Be Concerned About Vaccines Made in China? 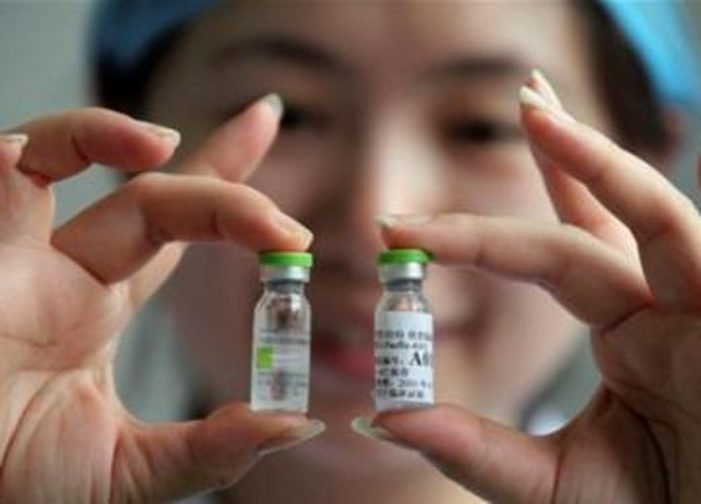 The past few weeks, there have been a series of news reports coming out of China revealing that thousands of doses of improperly stored and expired vaccines for children and adults were illegally sold for millions of dollars on the black market by more than 100 people associated with Chinese companies and vaccination centers. The international scandal has raised a lot of questions about vaccines made in China, just as China has been trying to enter the global vaccine market while simultaneously dealing with setbacks related to vaccine quality control issues.

Most Americans do not understand that many pharmaceutical products, including vaccines, are not made in the United States and foreign pharmaceutical companies are not subject to U.S. Food and Drug Administration (FDA) quality control regulations. With no civil liability for vaccine injuries and deaths that occur in the U.S. for FDA licensed vaccines, Americans have a right to be concerned about vaccines made in China.

It was back in November 2011 that the Associated Press (AP) ran a story announcing the entry of China into the world vaccines market.1 The news was picked up by major newspapers and published as articles with titles such as “China Prepares for Big Entry into Vaccine Market”2 3 4 and “Could Your Vaccines Soon Be ‘Made in China?'”5 and “China to Enter World Vaccine Market Soon.”6

The AP report cited the announcement by the World Health Organization (WHO) in March 2011 that China had met “international standards for vaccine regulation” as a milestone in the process to that country’s entry into the market.”2

It opened the doors for Chinese vaccines to be submitted for WHO approval so they can be bought by U.N. agencies and the GAVI Alliance.2

The AP quoted  Nina Schwalbe, who was then head of policy at the Global Alliance for Vaccines and Immunization (GAVI)—a public-private partnership organization that buys vaccines for more than 50 million children annually—as describing China’s entry as a “game changer.”2 Ms. Schwalbe, now principal adviser on health at UNICEF,7 added, “We are really enthusiastic about the potential entry of Chinese vaccine manufacturers.”2

On Oct. 9, 2013, the WHO gave its stamp of approval to a Chinese-produced vaccine against Japanese encephalitis (JE). It was the first Chinese vaccine to be prequalified by the WHO for procurement and use by United Nations (UN) agencies.8 The move marked the official entry of China into the global vaccines market. The Chinese vaccine manufacturer was Chengdu Institute of Biological Products Co., Ltd. (CDIBP),9 10 a subsidiary of China National Biotec Goup Co., Ltd. (CNBG).10

Following approval of CDIBP’s JE vaccine, it looked as if many more Chinese vaccines would soon be entering the global market. However, this did not happen. In December 2013, 17 children were reported to have died after receiving a hepatitis B vaccine manufactured by Shenzhen Kangtai Biological Products Co., Ltd. (SKTB).11 12 13

Chinese authorities said that nine of the deaths were unrelated to the vaccine, and that the other eight deaths were not believed to be linked to the vaccine.11 12 13 Nonetheless, the incident raised concerns about vaccine production safety standards in China.

On June 4, 2014, the Director General of the WHO, Margaret Chan, MD of China, issued a positive assessment of the China Food and Drug Administration’s (CFDA) regulatory system for vaccines. She said:

The results of the WHO assessment are good news for China, but also for the rest of the world. The demand for vaccines is increasing at a time when the number of countries producing vaccines is declining. China has the largest vaccine manufacturing capacity in the world.14

The door is now open for CFDA to prequalify, with WHO support, many more vaccines made in China.14

On June 12, 2015, the WHO approved  a Chinese-produced seasonal influenza vaccine.15 The vaccine, made by Hualan Biological Bacterin Corp., a subsidiary of Hualan Biological Engineering Inc., was the second Chinese vaccine to be prequalified by the WHO.16 According to the organization, prequalification “assures that vaccines procured by UNICEF and GAVI are safe and effective.”15

Despite WHO’s “prequalification” standards, China’s entry into the global vaccine market hit another snag last month, as news sources around the world reported the growing scandal involving more than 20,000 expired and improperly stored vaccines in China that were sold on the black market for approximately $90 million since 2010. Some 25 different vaccines for both children and adults are believed to have been sold, including vaccines for polio, rabies, hepatitis B, and influenza.17

The Chinese government has detained 130 individuals from 29 companies and 16 vaccination centers. A state-run company called Hebei Weifang Biological Products Supply Center linked to the provincial Hebei Center for Disease Control and Prevention (CDC) has reportedly been found to be a part of the illegal distribution network.18

It is unclear what percentage of the vaccines currently used in the United States are made by Chinese pharmaceutical companies in China or by Western companies with manufacturing facilities in China. We do know that major U.S. and European vaccine makers such as Merck & Co., GlaxoSmithKline plc, and Sanofi Pasteur SA maintain vaccine manufacturing operations in China, that this activity is on the rise, and that Western vaccine makers are also establishing joint venture partnerships with Chinese vaccine companies.

Consequently, it is increasingly difficult to distinguish which vaccines are manufactured by American and European firms and which are produced by the Chinese. A 2012 article in USA Today, however, did report that the FDA estimates that 80% of the ingredients in pharmaceuticals produced by U.S. companies and 40% of the “finished medications” Americans take come from outside the U.S. and, increasingly they come from China and India.19

The article cited a U.S. Government Accountability Office (GAO) report that found the FDA inspects drug manufacturing facilities in China and India only once every 14 years, and that FDA inspectors are not permitted to enter those facilities unannounced.19 USA Today noted that, according to the GAO report, “Up to two-thirds of foreign pharmaceutical sites have never undergone an FDA inspection.”19

These last two points go to the heart of the issue with regard to foreign-made pharmaceuticals, because they indicate that these products—be they prescription drugs or biological drugs such as vaccines—made in China and used in the U.S. are, for all practical purposes, not being inspected by the main U.S. regulatory agency charged with protecting the health of the American consumer.

22 Responses to "Should We Be Concerned About Vaccines Made in China?"