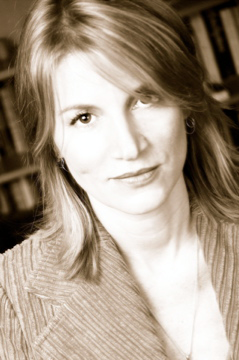 Lance Simmens, author, whistleblower, political veteran, fracking activist, and more, went to see Vaxxed: From Coverup To Catastrophe at one of the California screenings, and was moved, enraged, awakened. He wrote a column for The Huffington Post about it, and it went up, as per the usual protocol–he has been a contributor for eight years and written almost 200 articles without incident.

Shortly thereafter, without warning or explanation, the piece was taken down, and his account was blocked.

I reached out to Simmens via an e-mail interview:

Give us if you would, a brief history of your writing for Huffington Post. How many years, how many pieces, what topics…

Simmens: I have been writing on Huffington Post for nearly eight years and during that time they have published something close to 180 articles. I am a political writer and have written articles over the years about events as they unfold, which is the nice feature of blogging. I have a decidedly liberal bent to my politics but have striven to write thoughtful, provocative pieces that try to define a rationale and logic to the policy prescriptions being offered.

What happened exactly when you posted your review of VAXXED to The Huffington Post?

Simmens: I saw a premier of VAXXED the other evening and was so moved by the presentation and discussion that followed that I felt compelled to write a piece asking that we at least begin a serious national dialogue on the allegations contained in the documentary. I also drew attention to the spate of events that have unfolded over the past several years, where there has been a massive governmental failure to do its essential job, which is to protect the health, safety and welfare of the citizens. I sent it to The Huffington Post as I normally do—I have an account there—and they published the article.

About a half hour later as I was sending it out to my network I was alerted by some folks that when they went to access it it was not coming up. It turns out that they pulled down the original piece, and when I tried to rewrite it, I was alerted that permission was denied to my account. I have made at least a half dozen attempts to reach someone at The Huffington Post to alert them that there was a malfunction, and over the course of the last two days, have not received one response. I even went so far as to e-mail Arianna herself.

It never crossed my mind that this might be some sort of censorship because it has never happened to me and the article, while provocative, is not beyond any bounds of journalistic or political propriety.

Does Huffington Post have editorial guidelines that writers are clear about? What are they?

Simmens: Yes, Huffington Post outlines editorial guidelines and I follow them. I respect that they can determine whether or not to publish articles but what is so frightening here is that they originally published the article and then evidently pulled it back, unless it truly is a technical issue but I suspect they would have been right on fixing it if it had. This is seriously troubling.

Have you ever been paid for your work by The Huffington Post?

Simmens: No I have never been paid by Huffington Post and I have always felt that that gave me the liberty to explore areas that might not be acceptable to the mainstream media. This is just shocking.

Can you tell us a little bit about yourself?

Simmens: I devoted nearly forty years to politics, public policy, and public service. I worked for two Presidential administrations, two U.S. Senators, two Governors, the U.S. Conference of Mayors and briefly for the Screen Actors Guild. I was a whistleblower in the documentary Gasland, Part 2 and am the author of two books: The Evolution of a Revolution: An Attack upon Reason, Compromise and the Constitution (which ironically is a collection of 86 articles I wrote in Huffington Post over a 4 and a half year period) and Fracktured, just recently released, which is the definitive anti-fracking novel.

Note: This interview was reprinted with the author’s permission. It was originally published at The Truth Barrier. Celia Farber is a journalist, author and editor based in New York City.