The Emerging Risks of Live Virus and Virus Vectored Vaccines 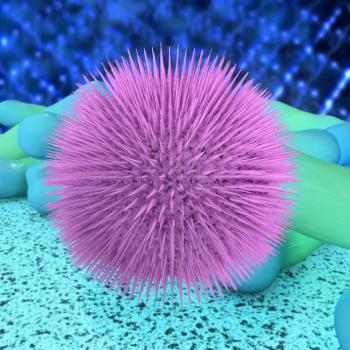 This is the first in a multi-part series of articles that will be published in The Vaccine Reaction containing updated information from a special report on vaccine strain virus infection, shedding and transmission originally published by NVIC in November 2014.

Some parents of unvaccinated children are asking the opposite question: Could my unvaccinated or immune compromised child get sick from coming in contact with a recently vaccinated person?

When it comes to live virus vaccines, the short answer is: Yes.

Many viruses have developed various molecular mechanisms to evade the immune responses of their host. There is great diversity among viruses and they often mutate and recombine with other viruses while continually being shed and transmitted in body fluids and waste products of animals and humans.14

There is an ongoing debate among scientists about where viruses came from and how they evolved and are still evolving.15 One virologist observed that replicating and mutating viruses are the “world’s leading source of genetic innovation:”

The huge population of viruses, combined with their rapid rates of replication and mutation, makes them the world’s leading source of genetic innovation: they constantly ‘invent’ new genes. And unique genes of viral origin may travel, finding their way into other organisms and contributing to evolutionary change.16

Discussing the co-evolution of viruses with humans and other living organisms, another virologist wrote in 2012 that during epidemics viruses evolve. Genetic and environmental co-factors make some individuals more or less likely to die from or survive the infection, producing an increase of the numbers of resistant individuals in the population:

Viruses can become particularly dangerous when they evolve to acquire the possibility to infect new animal species. The defense systems of the new host may be generally unable to counteract the new pathogen and many individuals will die. In any epidemic, there are also individuals showing little sensitivity to or complete resistance to the particular pathogen. Both increased sensitivity and resistance to the infection are specified by the individual’s genetic makeup and various environmental factors. Accordingly, mass epidemics not only produce new virus variants but also alter the host population structure: highly sensitive individuals die, while the portion of resistant individuals in the population increases. Therefore, the coevolution of the virus and the host is a mutually dependent process.17

Viral Infections Both Trigger and Are Protective Against Autoimmunity

Most people fear and view viruses as dangerous microbes that only cause sickness and death. However, emerging evidence has revealed that viruses play an integral role in helping us stay well, too.18

Healthy infants experience many different kinds of wild-type viral infections and shed virus without showing any clinical symptoms of illness. In addition to the protection they receive from maternal antibodies, viruses help the infant’s immune system develop and gives them early protection against more serious viral infections in infancy and later in life.19 20 21

Public Health Policies & the Hygiene Hypothesis: According to scientists discussing the ‘hygiene hypothesis,’ increased sanitation and public health interventions in modern societies have reduced the diversity of early experiences with viral and bacterial infections among infants and children and one negative outcome has been an increase in autoimmune and allergic diseases.23 They suggest that some infectious microbes, especially those that have co-evolved with humans, protect against a wide spectrum of immune-related disorders.24 25

The next article in this TVR series will be The Human Microbiome: Viruses R Us.