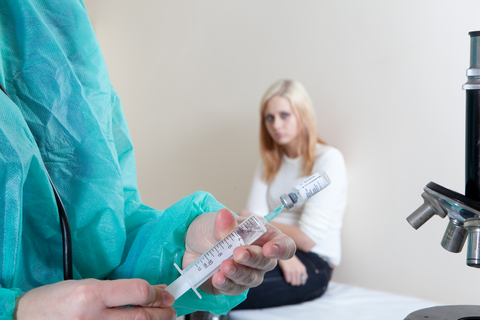 A handful of countries, like Denmark and Japan, remain skeptical about human papillomavirus (HPV) vaccines, even though the European Medicines Agency’s (EMA) Pharmacovigilance Risk Assessment Committee’s (PRAC) safety review in 2015 did not change the agency’s position that the benefits of HPV vaccinations outweigh the risks.

EMA Declares HPV Do Not Cause Two Painful Autoimmune Disorders

In July 2015, the PRAC in Europe launched a probe to investigate the safety of the three HPV vaccines available both in the United States and to countries in the European Union—Merck and Co.’s Gardasil and Gardasil 9 and GlaxoSmithKline’s Cervarix.

During routine vaccine safety monitoring, the PRAC had previously recorded reports of these two conditions in girls and women who had received HPV vaccines. Denmark specifically requested that the PRAC determine if there is a casual link between POTS and CRPS and HPV vaccinations.3

After interviewing HPV vaccine experts and evaluating published research, data from clinical trials, patient/provider reports and data supplied by Member States of the European Union, the PRAC concluded that the “available evidence does not support that CRPS and POTS are caused by HPV vaccines” and “therefore there is no reason to change the way the vaccines are used or amend the current product information.”

It is estimated that approximately 150 females aged 10 to 19 years out of every million may develop CRPS and/or POTS annually. Based on its review, the PRAC said the rates found among vaccinated females were consistent with the expected rates within this age group and noted that symptoms of CRPS and POTS overlap with other conditions, such as chronic fatigue syndrome.

The Committee for Medicinal Products for Human Use will consider the PRAC’s recommendation that government health officials make no change to the current HPV vaccine policy of giving all healthy girls and women a series of HPV vaccinations. The decision will eventually be adopted as the EMA’s final position.4

It was Denmark that initially requested the EMA review, and prominent physicians in that country are not convinced by the EMA’s conclusion that there should be no change to HPV vaccination policy. As a result, Denmark conducted and announced the results of its own independent investigation.

Dr. Jesper Mehlsen from Frederiksberg Hospital in Denmark explained that the EMA review was based on register studies with a focus on POTS and CRPS. Dr. Mehlsen pointed out that in some countries, POTS is not registered as a diagnosis.

Dr. Mehlsen, along with an independent researcher, Dr. Karsten Juhl Jorgensen, separately noted that many of the HPV vaccine adverse event reports come from the vaccine manufacturers themselves or those with substantial conflicts of interest, citing the potential for heavy bias. In fact, some of the EMA reviewers of HPV vaccine safety had been involved in the original HPV vaccine clinical trials and investigations. Therefore, they were, in effect, providing oversight on and judging themselves.

Denmark’s skepticism is backed by a number of case reports. Approximately 1,300 females have been referred to five specialist centers in Denmark with symptoms of CRPS or POTS. In particular, the Syncope Unit at Frederiksberg Hospital in Denmark reported 250 women and girls reporting these chronic symptoms within two months of vaccination.

Denmark’s Ministry of Health has awarded approximately $1 million for research by independent specialists treating girls with CRPS or POTS symptoms following HPV vaccinations. Results of the research are expected to be published during the first half of 2016.5

Other countries in Europe also are faced with addressing continuing reports of HPV vaccine injuries among their residents. In Spain, there had been 737 reports of HPV vaccine reactions, including three associated deaths, through  January 2012. The creation of the Association of People Affected by HPV Vaccine (AAVP) was intended to address the issue of financial assistance for those suffering from HPV vaccine injury through lawsuits or government compensation.

The AAVP even requested that the Spanish Health Ministry ban HPV vaccines from the official vaccination schedule for the country.6 7  More recently, a public health inspector in Spain has launched a petition against the HPV vaccine that has accrued 35,000 signatures so far.

In 2014, France sent a similar petition to policymakers demanding further investigation into the safety of HPV vaccines with hundreds of thousands of signatures, including those from more than 700 doctors and 300 midwives.8

After recording 1,968 adverse reactions—358 events deemed as serious—since the country began offering Gardasil vaccine to girls, Japan’s Vaccine Adverse Reactions Review Committee announced a moratorium on HPV vaccine use in June 2013. The Committee concluded that HPV vaccine should not be recommended for girls aged 12 to 16 years until safety concerns were fully addressed.10

Japan is considering overturning the decision for a moratorium on HPV vaccination, but is not yet convinced the vaccine is safe. In 2015, Japan’s Health Ministry surveyed 1,739 patients who received the HPV vaccine, revealing that 186 of them reported side effects, such as headaches, fatigue and muscle weakness. Further, 135 cases were severe enough to interfere with their daily activities.11  The government health agency determined an “undeniable causal relationship” for 11 of the cases and pay approximately $300 per month in government compensation is paid to each of the 11 HPV vaccine injured girls.12

HPV Vaccine Injuries and Deaths Reported in US

In the United States, there have been continuing reports since Gardasil was licensed in 200614 that girls and women who get federally recommended HPV shots are having disabling reactions and some are dying following HPV vaccination.15 As of Oct. 14, 2015, there have been more than 41,000 Gardasil and Cervarix vaccine-related reactions, hospitalizations and injuries reported to the federally operated vaccine Adverse Events Reporting System (VAERS), including 226 deaths.16

The U.S. Centers for Disease Control (CDC) continues to maintain that HPV vaccines are safe.