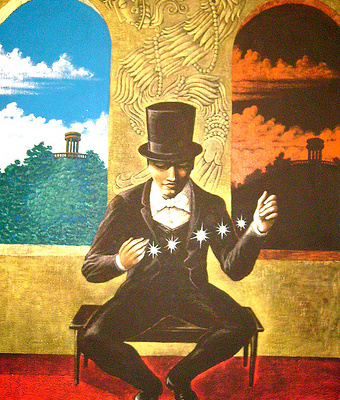 For many years when I would travel to Honduras, I would ask my friends and relatives why things were the way they were in that country (I was born there but emigrated with my parents to the United States when I was 4 or 5 years old). It seemed that no matter what Honduran governments did, the country was never able to pull itself out of its misery of extreme poverty and corruption. But when I asked the “why” question, everybody just gave me the standard line… “Oh, you don’t live here, so you just wouldn’t understand.” Well, that response annoyed me but I figured, hey I’m only a kid, so what do I know.

As I grew up, I continued to ask the same question, and each time I heard that same response I grew less and less willing to accept it. By the time I reached about 40, I thought, “You know, I’m an adult, I’m going to learn everything I can about Honduras, more than my friends and relatives in Honduras, so I’ll never again have to hear that old response.” So I did.

Yet, even when I could out-debate any Honduran about any of Honduras’ social, political and economic problems/issues, I was still subjected to that same old response. My observations and conclusions were dismissed because I didn’t physically live in Honduras, even though I metaphorically lived, ate and breathed Honduras daily for more than a decade.

In 2009, there was a famous coup in Honduras (probably the most contentious of coups in recent history), and the conversations and debates I had with people make those I have today about vaccines pale in comparison. They were every bit as intense and contentious, particularly after I wrote a book with the first three words of the title being “The Good Coup…”1

Just about everyone told me I had no right to write such a book because I was not an expert on Honduras. In other words, I wasn’t qualified… particularly since I didn’t live in Honduras and didn’t know the “real” situation there. I dealt with this by noting that I thought my physical separation from the country actually served to give me a healthy perspective that most within the country didn’t have because they were so deeply stuck in all the political muck and mud slinging that they couldn’t see or think clearly.

It reminds me a lot of the current debate about vaccines. It seems that in many cases, the attitude of both sides is you either have to be completely “with us or you’re against us.” No middle ground. And if you’re not with us, then you’re probably not qualified to have an opinion, and so you might as well just shut up. Unfortunately, this sort of attitude discourages any kind of civil, reasoned conversation or debate.

This is precisely what’s happening on the issue of vaccines and vaccination policy. The public conversation is almost always positioned by the mainstream media as the “pro-vaxxers” and the “anti-vaxxers.” There does not appear to be a willingness to accept that there is a huge group of people who find themselves somewhere in between or don’t know enough to be anywhere on the spectrum.

My carry-home point here is to stress that, regardless of your position on vaccines, anyone who is passionate about researching the subject deeply should always ignore those who tell them that they’re not qualified, or don’t have the right, to express their views on the topic, because they’re not an “expert” and don’t understand the science. Sorry, but science isn’t that hard. If you have a sincere interest in the broad issue of vaccines, and you dedicate yourself to learning about vaccine science and policy, you’ll probably end up knowing more than most medical doctors and scientists and public health bureaucrats who are either uninterested or are so stuck in their narrow paradigm that they do not have a truly informed and balanced perspective.

Plus, many doctors and scientists may be scared—really scared to even begin to contemplate the possibility that what little they were taught about vaccines in school or in a laboratory, in their textbooks and professional journals, is… dead wrong. As Harris L. Courter and Barbara Loe Fisher wrote in their book DPT: A Shot in the Dark:

As the West German physician Wolfgang Ehrengut suggested in one of his studies (1980), it may be that doctors have a negative bias against vaccine reactions (or failures), an unwillingness to believe, because ‘what must not be, therefore, cannot be.’ It must not be true because, they think, what will we do if it is true?.2

Think twice when you hear the Dr. Paul Offits of the world say things like:

There are always two sides to a story, particularly in science, where what has been defined as scientific “truth” should always be open to challenge. You have to wonder about those who claim otherwise.

One Response to "Honduran Coups, Vaccines…"