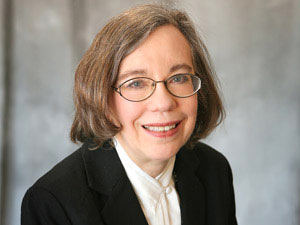 Instead of an opportunity to discuss issues, debates so far appear to be an effort to trap disfavored presidential candidates into appearing to be on the wrong side of The Science. Any comment a candidate ever made on vaccines or “climate change” will be brought up in a format that permits only seconds to discuss a complex subject.

If one really wanted to learn something about vaccines or climate science, one would not ask an ophthalmologist, a neurosurgeon or a businessman. The questions are of the “Have you repented of your heresy?” variety.

The political question is not, “Are you in favor of vaccines?” (as if all vaccines were equal), but rather, “Who should make decisions about medical treatment?” Patients or their parents, or an agency of government? And if government, what should be done about dissenters? Should nurses or teachers be fired for lack of a flu vaccine? Should children be barred from school if not totally up to date, even for diseases that haven’t been seen for years? Should children be taken from their homes, or parents fined or jailed?

The questioners appear to assume that all reputable physicians agree that every item on the vaccine schedule has been rigorously tested and found to be 100 percent safe and effective in all but a few readily identifiable children. They also assume that the main concern is autism and measles-mumps rubella, or MMR, vaccine—and that this connection has been ruled out beyond any reasonable doubt. A sore arm or mild fever and fussiness are a small price to pay for saving us all from mass death from measles or chickenpox if we allow a few children to opt out of the schedule, it is argued.

The American Academy of Pediatrics, or AAP, was quick to accuse candidates of making “false statements.” But AAP’s consistent advocacy for all “recommended” vaccines notwithstanding, the following statements are true:

Candidates are also asked whether they “believe in climate change”—as if it were a religion. (Actually, it is.) Of course, the climate is changing. But the political question is whether we can prevent climate change by government-imposed energy starvation, or by U.N.-directed central planning over every aspect of our lives. These are some questions that should be asked:

The assumptions they make, and the questions they don’t ask show that the debate moderators are not there to delve into the real issues. On the contrary, they seem to be solidly on the side of the status quo and vested interests.

Note: This article was reprinted with the author’s permission. It was originally published at WND. Jane Orient is executive director of Association of American Physicians and Surgeons (AAPS).