> The Nascent Conversation on Vaccines - The Vaccine Reaction

The Nascent Conversation on Vaccines 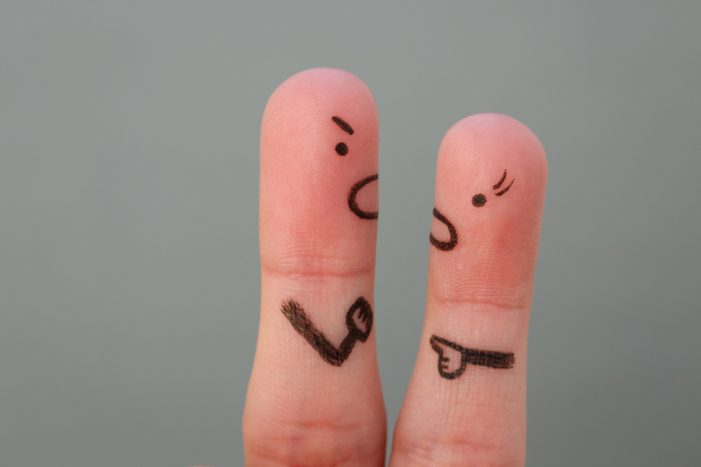 The most common refrain you hear from many members of the government, medical profession, media and pharmaceutical industry who believe vaccines are either entirely or largely safe and efficacious is that those who don’t simply do not believe in science. It is a clever debate tactic which seeks to diminish the credibility of the other side so that those who do not agree with your interpretation of the science are instantly judged to be wrong and should not be taken seriously or even be given the time of day.

It’s what Socrates must have had in mind when he famously said, “When the debate is lost, slander becomes the tool of the loser.” And, of course, how better to slander your adversaries than to try and delegitimize them.

Perhaps the best example of this tactic when it comes to the growing vaccine debate in the United States occurred on the PBS program Democracy Now on February 5, 2015.1 The program, hosted by investigative journalist Amy Goodman, had as its two guests, Dr. Paul Offit and attorney Mary Holland. Offit is a pediatrician and chief of the division of infectious diseases at Children’s Hospital of Philadelphia. He is also a vaccine researcher. Holland is a legal research scholar at New York University. She specializes in vaccine safety law and injury compensation.

Goodman explained the reason for choosing to have Offit and Holland on her program. She said:

To be fair, we wanted to have both of you on together to have a conversation, because there are many in this country, and a growing movement of parents who are deeply concerned. But you wanted to have this conversation separately—Mary Holland and you separately. So it’s important to, I think, have this kind of dialogue on all of these issues. Dr. Offit, on this issue of vaccines now being…2

At that point, Offit interrupted Goodman. Appearing a bit agitated, he said:

I tell you, could I just address that? Can I address that for one second? I think that it is not important to have a debate about the science with someone who clearly doesn’t know the science. I’m sorry, Ms. Holland misrepresented the science again and again and again. I don’t think that in any way helps your viewer. I don’t think it’s fair to have a debate where two sides are presented, when only one side is really supported by the science. I’d like to think we’re beyond that.3

But isn’t that the beauty of science… that it is never settled? Isn’t the most unscientific thing anyone could ever say is, that the science is settled? After all, isn’t science a process, rather than an endpoint?

This attack against the advocates of pseudo-science, when it comes to vaccines, assumes that these people—which Offit himself has recognized as being “college educated, often graduate school educated“4—are not reading the right medical and scientific peer-reviewed journal articles. Either that, or these extremely well-educated people just don’t seem able to grasp the stuff. They’re obviously getting their material solely from juvenile, silly blogs on the Internet.

People should only take seriously what is published in reputable professional journals such as the New England Journal of Medicine or Britain’s The Lancet. The underlying assumption is that it is only journals such as these that the people can trust to publish the real science, the truth.

But what happens if this assumption is a false one?

From 1979 through 2000, Dr. Marcia Angell served on the editorial staff of the New England Journal of Medicine—the final 12 years as editor-in-chief. Here’s what she says about this glorified, almost sacrosanct, peer-review process within medicine:

It is simply no longer possible to believe much of the clinical research that is published, or to rely on the judgment of trusted physicians or authoritative medical guidelines. I take no pleasure in this conclusion, which I reached slowly and reluctantly over my two decades as an editor of the New England Journal of Medicine.5

Dr. Richard Horton, the current editor-in-chief of The Lancet says the following:

The case against science is straightforward: Much of the scientific literature, perhaps half, may simply be untrue. Afflicted by studies with small sample sizes, tiny effects, invalid exploratory analyses, and flagrant conflicts of interest, together with an obsession for pursuing fashionable trends of dubious importance, science has taken a turn towards darkness. As one participant put it, “poor methods get results”. 6

So if the system by which the legitimacy of vaccine science is determined has been corrupted, and is thus unreliable, then where does that leave us?

Well, there is the weight of all those epidemiological studies that have been done by the Centers for Disease Control and Prevention (CDC). It’s an awful lot of studies that allegedly show conclusively that vaccines are safe and totally do not cause autism, autism spectrum disorders (ASD), and other things.

Here’s what retired neurosurgeon Dr. Russell Blaylock has to say about that:

When trapped by a lack of evidence, defenders of a nefarious position resort to their old standby—the epidemiological study. Statisticians will tell you that the least reliable type of study is an epidemiological study because it is easy to manipulate the data so that the study tells you anything you wish it to. Every defense offered by vaccine defenders is based on such studies and never the actual science. Then they announce that the issue is settled and no further studies need be done. After the media has been informed that the issue has been settled, those who continue to present the evidence are considered kooks and the great unwashed ignorant.7

No, Dr. Offit. We’re far from beyond that. This conversation is just now getting started.

5 Responses to "The Nascent Conversation on Vaccines"