The Misunderstood Theory of Herd Immunity 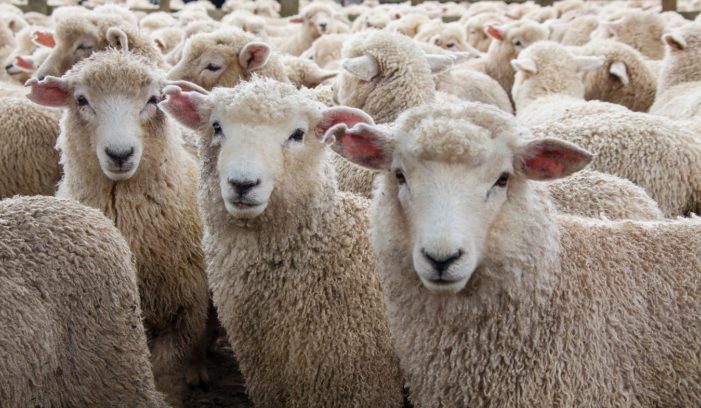 Because of the recent outbreaks of measles in the United States and the re-energized public debate about vaccines and vaccination policy, we’re again starting to hear references to the theory of “herd immunity.” The theory is the foundation for the mass vaccination campaigns around the world. It currently stipulates that in order to provide immunity to a population against contagious diseases like measles you must vaccinate at least 95 percent of the population. Theoretically-speaking, with a vaccination rate of 95 percent, the diseases should be eradicated.

In an epidemiological review paper titled “Herd Immunity: History, Theory, Practice,” written by Paul E. M. Fine and published in 1993, the author notes that the first “published use” of the term herd immunity “appears to have been” in a paper titled “The spread of bacterial infection: the problem of herd immunity,” written by W. W. C. Topley and G. S. Wilson and published in 1923. From Fine’s paper, it seems that the theory of herd immunity was originally developed based on some observations with mice and some “simple mathematical formulations,” but the paper is unclear about whether the theory was ever validated through some of sort scientific peer review process—as is commonly the case with theories that eventually come to be widely accepted as “proven science.”1 2

In 1933, Dr. Arthur W. Hedrich, a health officer in Chicago, IL observed that during 1900-1930, outbreaks of measles in Boston, MA appeared to be suppressed when 68% of the children contracted the virus.3 Subsequently in the 1930s, Dr. Hedrich observed that after 55 percent of the child population of Baltimore, MD acquired measles, the rest of the population appeared to be protected. It was that observation that formed the basis for mass vaccination campaigns.4

When the mass vaccination campaign for measles in the U.S. began in earnest in the mid-1960s, the U.S. Public Health Service planned to vaccinate over 55 percent (based on the Baltimore observation) of the U.S. population, and it announced that it fully expected to eradicate measles by 1967. When that didn’t happen, the Public Health Service came up with vaccination rate figures of 70-75 percent as the way to ensure herd immunity. When eradication was still not achieved at those rates, public health officials jacked up the rates to 80 percent, 83 percent, 85 percent, and ultimately to 90 percent.5

The process by which the decisions to raise the rates is unclear. Was it based on some scientific methodology or assumptions? Or were the decisions simply made because officials felt pressure to fulfill their promises to fully eradicate measles? Did they ever consider pausing and re-evaluating the original premise behind the theory of herd immunity? Or did they trudge on, arbitrarily raising the bar?

Now the rate is up to 95 percent to achieve herd immunity. But as we see with the continual outbreaks, even at 95 percent we still do not have full immunity. In China, the vaccination rates are even higher—99 percent. But there are also still measles outbreaks there.6 So is the answer 100 percent? And what if at 100 percent you still get outbreaks? We’ve gone from herd immunity supposedly achieved at 55 percent to herd immunity that is clearly not achieved even at 95 percent. At what point will public health officials have to confront the possibility that herd immunity may not be the best theory on which to base vaccination policy?

The population of the U.S. stood at about 318.9 million in 2014.7 The “baby boomer” generation (those born between 1946 and 1964) account for about 24% of the total population.8 Many years ago, it was believed that childhood vaccines lasted a lifetime. It was not until relatively recently that it was discovered that most of these vaccines lost their effectiveness 2-10 years after being given.9

Thus, for at least the past 40 years, the one-quarter to nearly 40 percent of the U.S. population represented by the baby boomers has had no vaccine-induced immunity against any of these diseases for which they had been vaccinated as a child. If you include those born after 1964, the percentage of the unprotected surpasses 50 percent. According to retired neurosurgeon Dr. Russell Blaylock, “If we listened to present-day wisdom, we are all at risk of resurgent massive epidemics should the vaccination rate fall below 95 percent.”9

Given that at least half the population has effectively been without vaccine protection for many years, we should have experienced a massive resurgence in childhood infectious diseases. But this has not happened. In other words, we haven’t had herd immunity in the U.S., and yet the world hasn’t come tumbling down.

38 Responses to "The Misunderstood Theory of Herd Immunity"