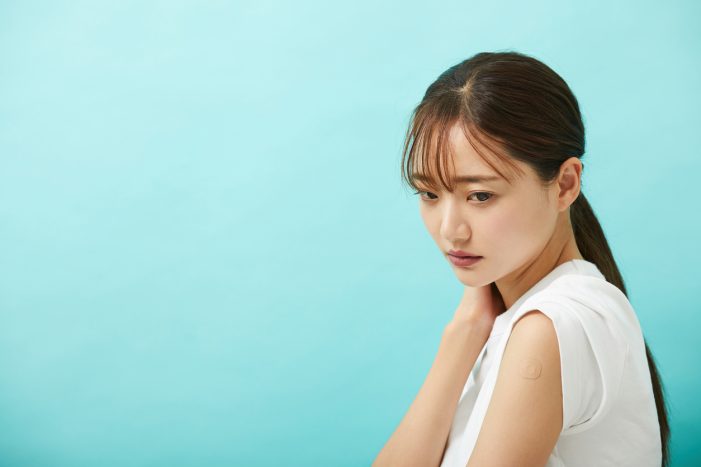 Opinion | Phase III controlled trials are considered the ‘gold standard’ for assessing vaccine efficacy and safety in humans. These are the trials upon which authorities have assured the public that COVID-19 vaccines are “safe and effective.”

The benefits of the vaccines in reducing disease severity and hospitalizations are well-known, but what do we know about the adverse events?

Data on adverse events is vital for effective decision-making by regulators, policy makers, doctors, and patients. But there are serious concerns about publication bias or selective omission of data, whereby adverse events are less likely to be published than positive results. A systematic review in PLOS journal analyzed 28 studies and found that adverse events were less likely to appear in published journal articles than unpublished studies (e.g. industry-held data).

In the Pfizer and AstraZeneca vaccine trials, participants were given digital apps to record adverse events remotely—a more convenient, time efficient and cost-effective way of gathering patient data. A major problem however, is that the pre-determined options on the digital apps have a narrow focus on particular adverse events.

For example, the app only allows a participant to record what the company deems as ‘expected’ events such as fever, pain at injection site, temperature, redness, swelling, fatigue, headache, diarrhea, chills, muscle and joint pain. But if they experience a serious adverse event like myocarditis or early signs of transverse myelitis, Guillain-Barré syndrome, a myopathic disorder, myocarditis or thrombosis, there is no option for them to record it on the app.

Once hospitalized, Ms. Dressen was ‘unblinded’ from the trial. She was informed that she had been given the AstraZeneca vaccine, not the placebo, and advised not to have the second injection.

The investigators subsequently “withdrew” Ms. Dressen from the trial, they disabled her smartphone app, and all her data from that day onwards, were never documented despite still experiencing disability today.

Editor-in-chief Dr. Eric Rubin refused to correct the inaccurate data in his journal. The full email exchange has been made public.

If vaccine manufacturers selectively withdraw subjects who experience serious adverse events (as in the case of Brianne Dressen and others) it may explain why the trials mostly found “statistically significant” increases in minor adverse events (fever, chills, headaches) but not in serious harms.

When Pfizer recruited 12-15 year olds for its mRNA vaccine trial, the published data in the New England Journal of Medicine, stated that there were “no serious vaccine-related adverse events.”

One of the participants in the trial was 13-year-old Maddie De Garay. She was randomly assigned to the vaccine group and following her first injection, Ms. De Garay suffered a severe adverse reaction, leaving her in a wheelchair and fed by a nasogastric tube. She was referred to hospital for a full assessment and a doctor diagnosed Ms. De Garay with a “functional disorder.” Put simply, this doctor decided that a pre-disposition to “hysteria,” was to blame for her physical disability—not the vaccine—and on this basis, she was referred to a mental health facility.

Dr. David Healy, a psychiatrist based in Ontario, Canada, subsequently conducted a thorough review of Ms. De Garay’s medical records, including an interview with her family and found no such history of pre-existing conditions or mental illness. “This trial designation is not just wrong, but quite unbelievable,” said Dr. Healy, who feared that the erroneous diagnosis would jeopardize Ms. De Garay’s treatment and progress.

“It is perhaps even sociopathic as it appears that, in order to maintain Pfizer’s position, this young woman is not getting the treatment that would be ordinarily indicated for the kind of problems she has. Instead based on a claimed ‘functional disorder’, she has been directed to a mental health facility,” said Dr. Healy. “If there is any chance that you have a pre-existing condition, then they do not blame the vaccine,” he says. “And so they can claim there were no serious vaccine-related events because they do not believe her reaction was ‘vaccine-related’. It is quite unbelievable.”

Dr. Healy says he has seen it before—in Study 329—which looked at antidepressants (SSRIs) in children and adolescents. A 15-year-old boy was dropped from the trial after being diagnosed with an “intercurrent illness”.

It was only by chance, that later, Dr. Healy found out that the trial participant developed homicidal behaviors two weeks after taking the SSRI, which Dr. Healy says was almost certainly induced by the drug. But because the young boy was diagnosed with an “intercurrent illness” in the trial, it meant that the investigators did not have to write up a narrative explaining why this patient was dropped from the trial.

In AstraZeneca’s Phase III trial of its vaccine, the one in which Brianne Dressen was a participant, the study stated:

Deaths that were adjudicated as not related to COVID-19 were treated as intercurrent events and therefore censored at the date of death.

Dr. Healy said, “This may well be a sink-hole into which deaths from the vaccine have vanished. Patients with strokes, heart attacks or thrombotic events may have all vanished here, the justification being that they must have had a dodgy heart or another pre-existing [or intercurrent] illness.”

When publishing deaths in the trials, Dr. Healy points out that investigators do not link the vaccine with any deaths that occur immediately after the first dose of the vaccine, up to 14 days after the second dose of the vaccine. In other words: 1) first injection, 2) wait for three weeks before having second injection, 3) wait a further two weeks. That is a total of five weeks where deaths are not considered to be vaccine related.

The investigators say it is because participants are not “fully immune” until two weeks after their second dose. That is true. However, it fails to capture any deaths that might be caused by the vaccine in that five-week period. Dr. Healy was very critical of this method of data collection.

“Randomized controlled trials are not supposed to allow decisions like this. All deaths should be reported. The company can say that they do not think the deaths were caused by the vaccine, but we need a chance to know how many there were and decide if these need further investigation,” said Dr Healy.

It is important to know because real world data obtained from the CDC (as of June 25, 2021) shows that the majority of reported deaths after a COVID-19 vaccine, occur within 30 days. This surveillance data cannot establish a causal link with the vaccine, but the signal is considered significant, especially if deaths linked to the vaccine are not being captured in the controlled trials.

The Lesson from “Controlled Trials”

Data about the safety of vaccines are just as important as the efficacy, although, the media and public health officials often focus on the latter. So far, reports of serious, life-threatening adverse events linked to the vaccines have not been found in the “gold standard” controlled trials. They were only detected once hundreds of thousands of people had been vaccinated.

Myocarditis, for example, only emerged from Israel once they started rolling out the Pfizer vaccine to the population. And reports of vaccine-induced thrombotic thrombocytopenia (VITT) linked with the AstraZeneca vaccine first emerged from European surveillance systems, not controlled trials.

If all COVID-19 vaccine trials are funded, designed, conducted, and analyzed by the manufacturers—which is known to distort the results to favor the sponsor’s aims—then more should be done to gain access to the data to allow for independent scrutiny.

This article was reprinted with the author’s permission. It was originally published at MaryanneDemasi.com. Maryanne DeMasi is an investigative journalist and TV producer/presenter. She is a former medical scientist.

17 Responses to "Are Adverse Events in COVID-19 Vaccine Trials Under-Reported?"