No Gasoline Without ‘COVID Papers’? It’s Already Happening in Some Parts of the World. 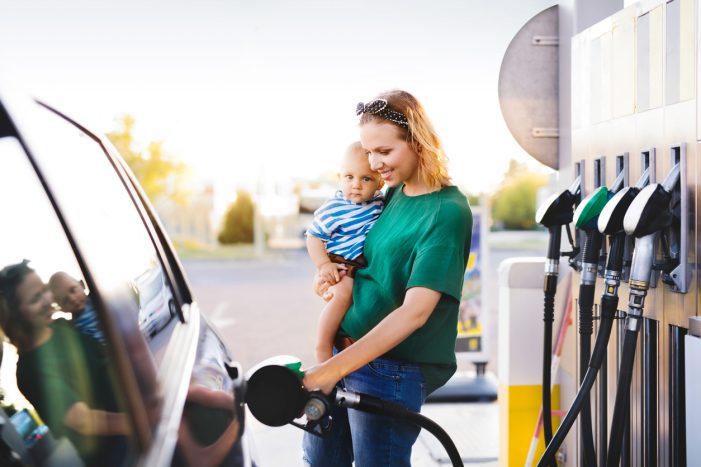 No Gasoline Without ‘COVID Papers’? It’s Already Happening in Some Parts of the World

It’s hard to know what’s real and what’s fake on the internet these days. So when I stumbled on a Twitter post that claimed automobile drivers in Slovenia were forbidden from pumping gas without a COVID certificate, I was skeptical.

All the tweets I found were screenshots of a single story published by TV N1 Zagreb, a news partner of CNN. Attempts to find information of this alleged regulation on the Slovenian government’s website didn’t go well (I don’t read Slovenian!), but I was able to find another story published by a separate Slovenian news organization.

Unfortunately, it appears the story is not a Twitter hoax. TV N1 Zagreb offers these details.

“Most petrol suppliers, including the Ljubljana-based Petrol, which operates the largest number of petrol stations in the country, are rigorously applying the new restrictions, adopted on Saturday, activating fuel dispensers only after a driver presents a certificate showing that they have recovered from COVID-19, have been vaccinated, or have tested negative,” the news network reports.

No Papers, No Gas!

Sad as it may be, you read the above lines correctly. To pump gas, drivers evidently must show proof that they “have recovered from COVID-19, have been vaccinated, or have tested negative.”

TV N1 reports that the new rules were implemented due to rising case numbers. Like many countries around the world—and some U.S. states—Slovenia has seen its fall 2021 case numbers exceed those of 2020, even though a majority of its population is vaccinated.

And just like many other countries around the world, politicians are resorting to unseemly tactics to coerce individuals into taking their desired actions. In 2020, it was lockdowns. In 2021, it’s vaccine mandates.

Indeed, in some ways skepticism of the veracity of the story was completely unjustified. After all, telling citizens they can’t fill their cars with gas if they don’t present their COVID papers is little different than telling them they can’t eat in a restaurant, workout in the gym, or even go to work if they don’t take the state’s preferred steps.

In fact, Slovenia’s actions—as authoritarian and ill-advised as they may be—are actually less draconian in at least one important way than those in the United States. The Slovenian government, quite rationally, allows for evidence of previous COVID infection to qualify as being immunized, unlike many orders in the United States.

‘For the Good of Its Victims’

Slovenia’s actions may be unusual, frightening, and immoral, but it’s important to understand they aren’t the exception in today’s political order; they are the rule.

While Australia’s virtual police state has perhaps received the most attention, such tactics continue to be adopted by other countries around the world. On Monday, The New York Times reported, Austria “began a targeted lockdown against unvaccinated people, confining adults and minors ages 12 and older to their homes.”

Around the world governments, for the first time in modern history, are violating the civil liberties of perfectly healthy individuals to combat a respiratory virus. That these policies are being carried out for the supposed good of those they oppress hardly matters.

“Many of the most monstrous deeds in human history have been perpetrated in the name of doing good—in pursuit of some ‘noble’ goal,” FEE founder Leonard Read once observed. “They illustrate the fallacy that the end justifies the means.”

The carnage of the 20th century—the bloodiest century in human history—shows us what happens when central planners try to use state coercion to advance a collective good. The soft tyranny of modern government, much like the horrors of modern socialism, brings to mind a dark quote from C.S. Lewis on the tyranny humanity should most fear.

“Of all tyrannies, a tyranny sincerely exercised for the good of its victims may be the most oppressive,” Lewis once observed. “It would be better to live under robber barons than under omnipotent moral busybodies. The robber baron’s cruelty may sometimes sleep, his cupidity may at some point be satiated; but those who torment us for our own good will torment us without end for they do so with the approval of their own conscience.”

This article was reprinted with the author’s permission. It was originally published by the Foundation for Economic Education.

6 Responses to "No Gasoline Without ‘COVID Papers’? It’s Already Happening in Some Parts of the World."