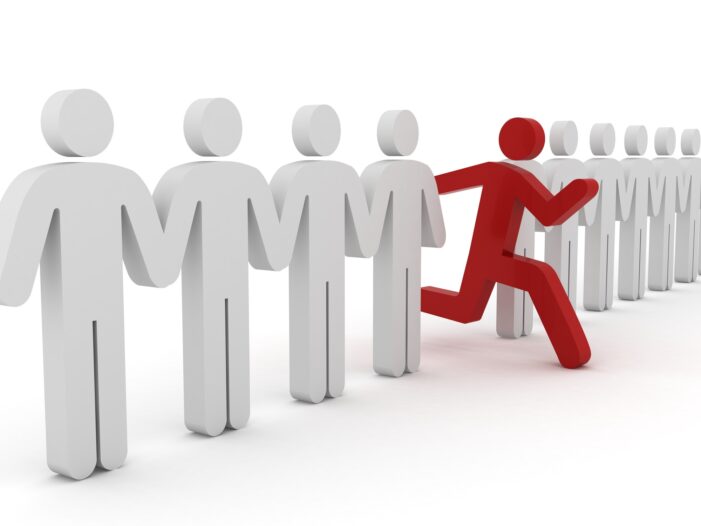 “Public health policy” was never about health of any individual. It was always about the so-called “public.” The individual child who occasionally dies from a vaccine is simply par for the course. It was a necessary sacrifice for the sake of the public, or so the party line goes.

And who is to determine what is good for public health? Not you, me, or any other individual. Not even any individual physician or scientist. Only experts who are endorsed by the public, since it’s only the public that matters here.

But who gets to speak for the public? Only three entities are so entitled. They are:

Any individual who dares question the public’s narrative is censored and silenced by Big Tech, which is similarly entitled to speak for the public, as part of Mainstream Media. In public health policy, the individual is of zero significance, and even worse. The individual poses a serious risk to the well-being of the public. Individual rights, speech, opinion, choice, and even access to facts, all need to be curtailed in order to maintain the public’s safety.

Of course, it’s ultimately all about what’s allegedly good for the individual too, since, as the thinking goes, the individual only matters as part of the public.

Subjecting the individual to the risk of an experimental gene therapy without informed consent is supposedly acceptable even if it results in his premature death, since his life was only meaningful in service of the ‘public.’ He or she died for a noble and worthwhile cause, since it was ‘for the public.’

This rationale has far-reaching social consequences. For example, suppose the three exclusive authorities of public welfare—or the entities that fund them—were to determine that there are too many individual humans alive in any given state or continent(s), and that the ‘perilously’-large population jeopardizes the fate of the ‘public.’ Suppose the ‘public’ decided that it’s worthwhile to expose individuals worldwide to life-threatening toxins in effort to mitigate the population, thereby protecting the ‘public’ from the uncertainty of ‘over-population’ risks.

Suppose the only way to accomplish this was by engineering a dreaded pandemic and subjecting the entire population to lockdowns and isolation—first voluntarily, just for 14 days to “flatten the curve,” but ultimately by coercion—in order to reduce the population of individuals to desperation, hopelessness, and total dependency, dependency on those three arbiters of ‘public,’ i.e. government, medical establishment and its pharmaceutical products, and media.

Individuals are declared public health risks, forced to wear masks and keep their distances from other individuals, in a manner of “divide and conquer.” Houses of worship are declared non-essential and shut-down. School is deemed an unnecessary privilege that can be shut down by the slightest whim. This is important since religion and education promotes individuality, and that is non-conducive for public welfare.

And then, the ‘public’ releases an experimental injection that is geared to providing temporary relief from the current alleged pathogen, but in fact serves to prime the unsuspecting population for far-deadlier consequences in the future. The masses of disposable faceless individuals line up to take this experimental product in spite of its unknown risks. They are desperate to ‘return to normal’ at all costs after suffering a year of traumatic abuse. The dangling carrot works wonders and a world population of individuals obsequiously get injected.

And then, sometime down the road, a massive population reduction is achieved when hundreds of millions—or even billions—of individuals die off, thereby saving the ‘public’ from the fate of overpopulation.

The plan would be for the unsuspecting population of surviving individuals to never realize that they had been harmed by public health policy, but instead be convinced that it was from a subsequent ‘naturally-occurring’ pandemic for which they had been primed. However, even if the truth were to leak out, it could be easily justified by the very principles of public health policy. It was an altruistic act to maintain public wellbeing. Surely all those individuals who died (or suffered lifelong injury) did so for a just cause. It was all for the good of the public.

Does this scenario sound conspiratorial to you? Too dystopian for your preferences? If you accept the basic premise of the ‘morality’ behind public health policy, then you already have condoned it. Your belief system has already deemed this imaginable.

By very definition, “public health policy” is an assault on individual health, individual rights, and individual lives. Not just the handful of children who die each year from vaccines, whose deaths and life-long injuries are brushed under the carpet for the sake of ‘public health.’ Not just the thousands of people who have died from the experimental COVID-19 injection so far, whose deaths are hailed as a necessary sacrifice to ‘return to normal.’ Public health policy is an assault on every single individual alive on earth today, each and every one of us.

We are all fair game, since our individual life, well-being, essential human rights, free choice, etc., have all been deemed to be secondary to ‘public health.’ If the individual doesn’t matter, then none of us matter.

11 Responses to "Do Individuals Matter in “Public Health Policy?”"