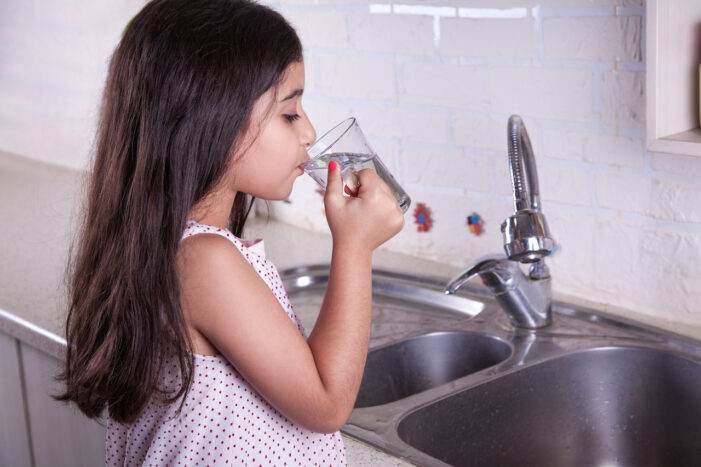 A study published in the British Journal of Psychiatry in 2020 showed that there is an inverse association between lithium consumption from public drinking water and suicide rates at the population level. Researchers have found that naturally occurring lithium in drinking water may have the potential to reduce the risk of suicide and may help in mood stabilization, especially in populations with relatively high suicide rates.1

According to a poll conducted by Kaiser Family Foundation between Mar. 25 and Mar. 30, 2020, 45 percent of adults said that the pandemic has affected their mental health and 19 percent said it has had a “major impact” on their mental health.2

In the United States, 48,344 Americans died by suicide in 2018. In 2019, deaths by suicide decreased by 2.1 percent to 47,511.3 With respect to suicide rates for 2020, Christine Moutier, MD, chief medical officer at the American Foundation for Suicide Prevention, said:

We do not yet know about suicide during the COVID-19 pandemic because the United States does not collect suicide data in real time, therefore, claims about increasing suicide rates during COVID-19 are not based in current available data and are unfounded,” She added that, “We do know that thoughts of suicide are more prevalent among the general population now than before COVID-19, and for that reason we must continue to focus on prevention efforts and supporting those at risk.4

Lithium has been widely used in pharmacology, particularly in psychiatric medication for the treatment and prevention of manic/depressive episodes, stabilizing mood and reducing the risk of suicide.5

The study, which is a meta-analysis of research conducted in Austria, Greece, Italy, Lithuania, United Kingdom, Japan and United States, encompasses a total of 1,286 regions, counties and cities, suggests a relationship between higher levels of lithium in public drinking water and lower rates of suicide among these populations.6 7

The authors of the study say that the next step is to investigate the effects of adding lithium in trace amounts to the water supplies in communities with a high risk of suicide and high prevalence of mental health problems, substance abuse, and violent criminal behavior.8

Dr. Anjum Memon, the lead researcher in the study stated:

Lithium is a naturally occurring alkali metal found in variable amounts in vegetables, grains, spices and drinking water. It is present in trace amounts in virtually all rocks and is mobilized by weathering into soils, ground and standing water and eventually making its way into the public water supply in varying concentrations.10

In the early 20th century, lithium drinks were in demand.11 In 1929, a drink known as “Bib-Label Lithiated Lemon-Lime Soda” was created using lithium salts. Its name eventually changed to “7-Up Lithiated Lemon Soda”. The drink was marketed as “affecting the drinker’s mood” during the Great Depression.12 The U.S. Food and Drug Administration (FDA) banned the use of lithium in soft drinks and beer in 1948 and the soda currently known as 7-Up was reformulated without lithium.13

Too Much Lithium Intake Can Be Toxic

Patients who take lithium as a mood stabilizer must always monitored to prevent excess amounts from building up in the blood, which can have toxic effects.14 Lithium has a very narrow therapeutic index, which means that toxicity can develop at dosages close to those that are ideal for treatment. As a result, it is relatively easy and common for people taking lithium to develop mild toxicity. Symptoms of lithium toxicity range from gastrointestinal symptoms, impaired kidney function, thyroid conditions and neurotoxicity.15

Allan Young, PhD, director of Center for Affective Disorders at King’s College London said, “The levels of lithium in drinking water are far lower than those recommended when lithium is used as medicine, although the duration of exposure may be far longer, potentially starting at conception.”16