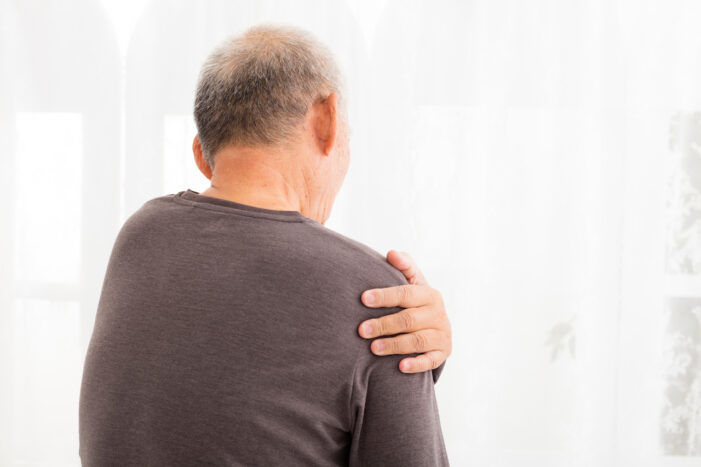 In July 2020, the U.S. Department of Health and Human Services (HHS) published a notice of proposed rule making in the Federal Register1 that would remove shoulder injuries and vasovagal syncope from the Vaccine Injury Table used by the National Vaccine Injury Compensation Program (NVICP). The proposed rule making would also eliminate Item XVII, whereby new vaccines recommended by the U.S. Centers for Disease Control and Prevention (CDC) for routine administration to children or pregnant women are automatically covered under the federally-operated compensation program before being added to the Vaccine Injury Table (VIT) through federal rulemaking.

Adult Shoulder Injuries Account for Over 50 Percent of NVICP Payouts

Shoulder injury related to vaccine administration (SIRVA) and vasovagal syncope (fainting/loss of consciousness) were added to the VIT in March 2017. Since then, SIRVA has become the predominant claim filed in the NVICP. Of the 1,238 claims filed in Fiscal Year (FY) 2018, there were 671 SIRVA claims, which represents 54.2 percent of all claims made that year. Of the 1,282 claims filed in FY 2019, 711 were SIRVA representing 55.4 percent of all claims filed.

Vasovagal Syncope Can Cause Brain and Other Injuries from Falls

Vasovagal syncope that involves sudden loss of consciousness usually occurs within 15-20 minutes of injection of a vaccine, but also can occur hours later. According to the CDC, “Fainting, also called syncope, is a temporary loss of consciousness caused by a decreased blood flow to the brain. Although fainting has a variety of possible causes, it is usually triggered by pain or anxiety. Sometimes people faint after vaccination. People who faint might fall and injure themselves if they are not sitting or lying down at the time that they lose consciousness.”3

In 2009, the FDA reported on vaccine adverse events associated with Gardasil vaccine, stating that “In VAERS, a higher proportion of Gardasil reports were of syncope and VTEs (venous thromboembolic events) compared with other vaccines.” FDA warned that:

Falls after syncope may sometimes cause serious injuries, such as head injuries, which can be prevented with simple steps, such as keeping the vaccinated person seated for up to 15 minutes after vaccination. FDA and CDC have taken steps to remind immunization providers about the recommendation that individuals be watched carefully for 15 minutes after vaccination to avoid potential injury from a fall.  FDA approved revised labeling on June 9, 2009, to highlight this information in the Warnings and Precautions section, and new information was added noting that individuals who faint sometimes have tonic-clonic (jerking) movements and seizure-like activity.  As a part of a Back to School immunization campaign, FDA and CDC are also continuing to remind health care providers to take measures to prevent fainting and the possible traumatic injury resulting from fainting.4

Under a change made by the Obama administration, petitioners no longer have to prove that an injection caused their shoulder injury. Instead, they simply need to document a previously healthy shoulder, the administration of a vaccine in that arm, and the onset within 48 hours of shoulder pain that persisted for at least six months. If the U.S. government chooses to deny compensation for SIVRA, HHS experts and DOJ attorneys have to prove that the shoulder injury was not caused by the vaccine.

SIRVA is an adverse event following vaccination associated with the technique of intramuscular injection into an arm resulting in trauma from the needle or the unintentional injection of a vaccine into tissues and structures lying underneath the deltoid muscle of the shoulder.

“It really is an outrage that they are trying to take away the rights of so many people to obtain recovery under the program,” says Leah Durant, an attorney in Washington, DC, who began to represent vaccine-injured clients after she sustained a debilitating shoulder injury after a tetanus vaccination. “These injuries have such a humungous impact on your quality of life,” she said.5 “I think what they’re doing is basically going to have the impact of eroding public confidence in vaccinations and in the vaccine program, and I think at a time right now, that’s the last thing that we need.”6

“I lost almost a year and a half, two years of my life. I had to have two surgeries and I lost the time with my baby,” said Ann Wyborski, who received a payout from the VICP after developing SIRVA following a flu shot in 2013. “I had such excruciating pain that I could barely even function,” she said. Wyborski lost her job because she was unable to perform the simplest of tasks. She said things like buckling her seatbelt, driving or dressing herself became nearly impossible.7

HHS officials maintain that when SIRVA occurs, those reactions are not caused by federally licensed and recommended vaccines themselves. Rather, it is the fault of doctors, nurses and other vaccine administrators who use poor injection technique. Federal health officials are basing their decision to remove SIRVA on scientific research hypothesizing that subdeltoid or subacromial bursitis and other shoulder lesions are “more likely to be the consequence of a poor injection technique (site, angle, needle size) and failure to take into account patient’s characteristics, i.e., sex, body weight, and physical constitution,” rather than “antigens or adjuvants contained in the vaccines that would trigger an immune or inflammatory response.” The HHS Secretary went on to say that the evidence is insufficient to support an adequate causal connection between the contents of any vaccine by themselves and SIRVA.10

“What you’re seeing is a complication that’s not related to the vaccine itself,” said H. Cody Meissner, M.D., chairperson of the Advisory Commission on Childhood Vaccines (ACCV).11

Gillian Woollett, DPhil, senior research scientist with the consultancy Avalere Health believes the change could motivate vaccine administrators, including private medical practices and pharmacy chains that provide shots, to properly train their personnel, because they could now be sued by people whose shoulders are damaged by improperly administered vaccines.

Woollett said, “This is a critically important program—and people should be administering vaccines properly. You shouldn’t have to trade off between the benefit of the vaccine and the worry of misadministration.”12

HHS officials report in the Federal Register that one member of the ACCV, who wrote in opposition to the change with concerns that SIRVA claims had clogged the VICP, suggested revisions be made to the definition of SIRVA to reduce claims and the large amount paid annually from the Trust Fund that reinforces vaccine hesitancy among some who believe this figure reflects lack of vaccine safety. The Department responded by arguing that “removal is preferable to redefining SIRVA, because it better addresses the vaccine hesitancy concern… and “incentivizes learning proper administration technique.”

However, because Vaccine Injury Act proceedings are generally sealed and not made available to the public, doctors, nurses and other vaccine administrators often are left unaware that they have used an improper technique.13

Currently, under Item XVII any new vaccine recommended by the CDC for administration to children or pregnant women is automatically covered by the program once the CDC recommends it for routine administration and an excise tax is imposed. HHS argues that this is not in compliance with the Vaccine Injury Act, which provides that the VIT shall be modified with a public hearing and at least 180 days of public comment, and the HHS Secretary must provide to the ACCV a copy of the proposed revision and give them 90 days to make recommendations and comments.14

Eliminating Item XVII gives the HHS secretary unilateral authority to keep any new vaccines out of the federal vaccine injury compensation program. The proposed change could take effect in mid-January, just as new COVID-19 vaccines could become available to the public.15

vaccine manufacturers have blanket liability protection from the harm that government licensed and state mandated vaccines do to children and adults.17

The National Childhood Vaccine Injury Act was enacted by Congress in 1986 with the goal of protecting the national childhood vaccine supply by granting vaccine manufacturers partial liability protection from being sued by those who suffer catastrophic reactions to vaccines resulting in permanent injury or death. According to the non-profit National Vaccine Information Center (NVIC), the law was historic because for the first time, the federal government “acknowledged that vaccine injuries and deaths are real, that the vaccine injured and their families should be financially supported, and that vaccine safety protections were needed in the mass vaccination system.”18

The original legislation passed by Congress did not shield vaccine manufacturers from design defect lawsuits (failure to make a safer vaccine) and the Act did not shield doctors and other vaccine administrators from being sued for malpractice. After the Act was passed, however, medical trade associations quietly lobbied Congress for a year and an amendment was added to the Act in December 1987 to prohibit vaccine injury lawsuits against anyone who gives a vaccine to another person. Between 1987 and 1995, medical trade associations and drug companies continued to lobby Congress and a series of amendments were added, despite opposition from parents, which, together with rule changes made by HHS officials, seriously weakened both the compensation and safety provisions in the law.19

By November 2020, the U.S. Court of Claims had awarded nearly $4.5 billion to victims of vaccine injury and death.20 This amount is thought to underestimate the scope of vaccine injuries because two out of three applicants have been denied compensation due to the congressional amendments and HHS rule changes that made federal compensation extremely difficult to obtain.

As early as 2006, the International Federation of Pharmaceutical Manufacturers and Associations, the global pharmaceutical-industry lobbying group, publicly demanded that drug companies making vaccines be granted complete protection from lawsuits associated with vaccine-related adverse events caused by pandemic vaccines as a condition for participating in pandemic responses.21 This action by the pharmaceutical industry 15 years ago suggests drug companies knew they would need protection from vaccine injury lawsuits in the event they produced and marketed experimental pandemic vaccines, such as the new COVID-19 vaccines currently being fast tracked to market.

It is unknown how many individuals who get the new COVID-19 vaccines will suffer SIRVA, vasovagal syncope or other even more serious vaccine reactions, especially if the vaccine is mandated, but will remain uncompensated by the government and prohibited from holding drug companies or negligent doctors and other vaccine administrators liable in a civil court of law.

The public is invited to submit comments on the proposed rule to remove SIRVA and vasovagal syncope from the Vaccine Injury Table in the federal vaccine injury compensation program by Jan. 12, 2021. To submit a comment, include the agency name and the HHS Docket No. HRSA-2020-0002 for this rulemaking. All submissions will be posted, without change, to the Federal eRulemaking Portal at https://www.regulations.gov.