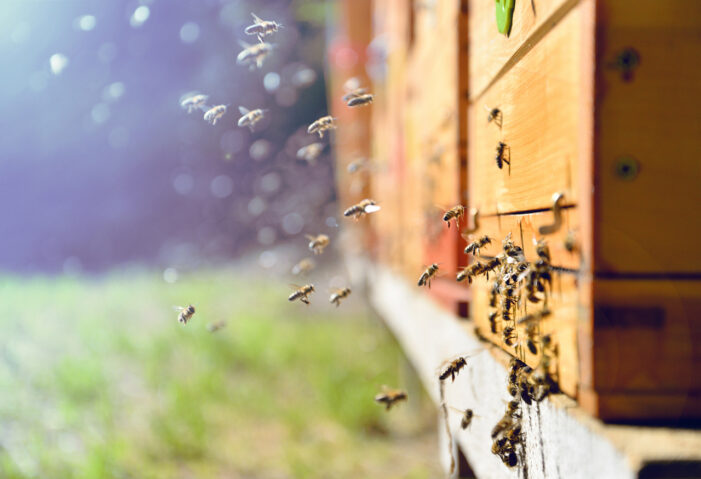 Honeybees have long provided humans with vital pollination of fruits and vegetables as well as honey, a healthy alternative to processed sugar that also happens to have important medicinal and antibiotic uses. Now it appears that bee venom may make another contribution to human health, with a potential role to play in killing cancer cells.1

Bee venom is recognized to have medicinal properties and has been studied for use in arthritis, rheumatism, pain relief, skin conditions and cancerous tumors.2 Bee venom immunotherapy also has been effective in reducing bee sting reactions in people who are allergic to the stings and may provide some relief against joint pain, osteoarthritis, Parkinson’s disease, fibromyalgia, nerve pain, rheumatoid arthritis and pain associated with stroke, although further study is needed to establish a benefit.3

Previously, scientists have shown that melittin, the active molecule in bee venom responsible for the pain associated with a bee sting, is toxic to many cancerous tumor cells including melanoma, lung, ovarian, and pancreatic cancers, but the mechanisms involved in its beneficial effects have not been clear.4

Researchers at the Harry Perkins Institute of Medical Research and the University of Western Australia, both in Perth, Australia, have shown that both honeybee venom (containing natural melittin) and a synthetic form of melittin alone had a powerful effect on cancer cells, killing 100 percent of cells of both triple-negative breast cancer and human epidermal growth factor receptor 2 (HER2)-enriched breast cancer—two particularly aggressive and treatment-resistant types of breast cancer. Critically, the treatments had only “negligible effects on normal cells.”5 The same study showed that bumblebee venom, which does not contain melittin, did not have the same potent effect.6

The researchers used venom from 312 honeybees and bumblebees collected across Perth, Western Australia, Ireland and England to compare the effects of venom or melittin in all subtypes of breast cancer as well as on normal cells.7 According to lead investigator Dr. Ciara Duffy, “We found both honeybee venom and melittin significantly, selectively and rapidly reduced the viability of triple-negative breast cancer and HER2-enriched breast cancer cells. The venom was extremely potent… We found that melittin can completely destroy cancer cell membranes within 60 minutes.”8 They also found that another concentration of honeybee venom killed 100 per cent of cancer cells without affecting healthy cells.

The researchers were able to demonstrate that the melittin works in two ways: Within an hour of administration, it effectively punches holes in the cell membrane, killing the cell. In addition however, within 20 minutes of administration, it rapidly disrupts the cancer signaling pathways, shutting down the chemical messages needed for cancer cell growth and reproduction.9

According to Dr. Duffy, “We looked at how honeybee venom and melittin affect the cancer signaling pathways, the chemical messages that are fundamental for cancer cell growth and reproduction, and we found that very quickly these signaling pathways were shut down.”10

In combination with existing chemotherapies, the honeybee venom was extremely effective in treating cancer in mice. Although more research is needed before similar treatments could be used in human patients, this study holds promise for the potential treatment of common and invasive cancers using naturally derived medicines.

Further research also is needed to determine whether different types of bees generate venom with different anticancer activities. The authors speculated honeybee venom may also be active in other types of tumors associated with overexpression of epidermal growth factor receptor (EGFR), which may include lung, glioblastoma, and colorectal cancers11 as well as tumors that overexpress HER2, such as some gastric, ovarian, endometrial, bladder, lung, colon and head and neck cancers.12

The researchers noted that honeybee venom is available globally and, if preliminary results are confirmed, may offer cost-effective and accessible treatment options for under-served populations in remote areas of the world. They concluded that their results “could be leveraged to aid the development of new therapeutic modalities for many cancer types associated with frequent drug resistance and poor prognosis.”13