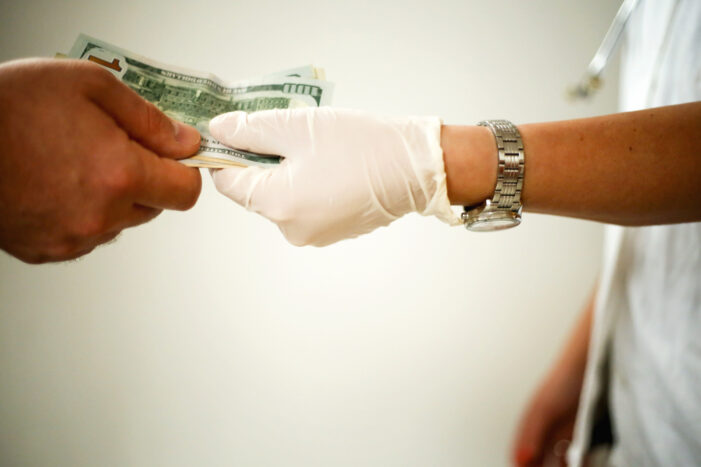 Novartis Pharmaceuticals Corp. of East Hanover, New Jersey has agreed to pay $678 million to settle a civil fraud lawsuit in which the U.S. government accused the company of illegally providing doctors with cash payments and other gifts for prescribing their cardiovascular and diabetes drugs between 2002 and 2011.1

Assistant Attorney General Jody Hunt of the U.S. Department of Justice’s Civil Division said, “Through this settlement and others, the government has demonstrated its commitment to ensuring that drug companies do not use kickbacks to influence the drugs prescribed by doctors or purchased by patients.” She added, “We will continue to safeguard the Medicare program from kickbacks and their pernicious effects, including the undermining of important cost-control mechanisms instituted by Congress.2

According to the Justice Department, Novartis hosted thousands of speaker programs and other events under the guise of providing educational content, when in fact the events served as nothing more than a means to provide financial incentives to physicians to prescribe Novartis drugs Lotrel, Valturna, Starlix, Tekturna, Tekturna HCT, Tekamlo, Diovan, Diovan HCT, Exforge, and Exforge HCT.3

The Anti-Kickback Statute prohibits anyone from offering or paying, directly or indirectly, any remuneration, which includes money or anything of value to influence referrals of items or services covered by Medicare, Medicaid and other federally funded programs. This prohibition extends not only to improper payments to doctors and other health care providers but also to the improper payment of patients’ copay obligations.4

Prosecutors said many of the speaker programs were nothing more than social events held at expensive restaurants with little or no talk about the Novartis drugs. Some of the speaker events did not even take place.5

Department of Justice Cracking Down on Pharma Kickbacks to Doctors

Acting U.S. Attorney Audrey Strauss for the Southern District of New York said in a statement:

Giving these cash payments and other lavish goodies interferes with the duty of doctors to choose the best treatment for their patients and increase drug costs for everyone,” She added, “This office will continue to be vigilant in cracking down on kickbacks, however they may be dressed up, throughout the pharmaceutical industry.6

9 Responses to "Novartis Pays $678 Million for Kickbacks to Doctors"