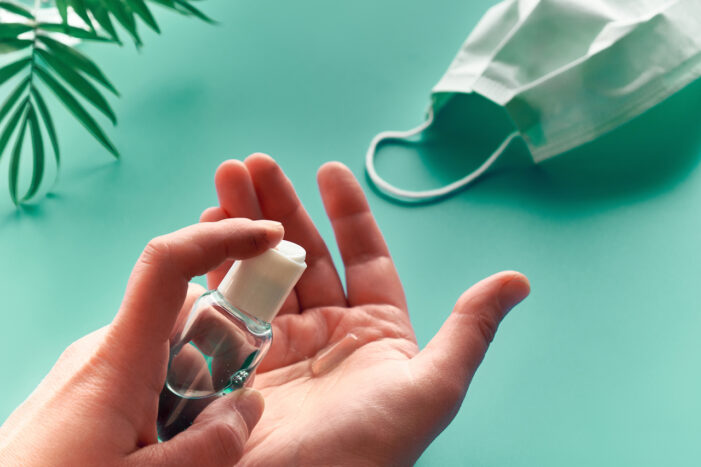 Since the beginning of the COVID-19 pandemic, public health officials have maintained that people can use hand sanitizers as an alternative for hand washing to protect against SARS-CoV-2 infections. However, the widespread use of commercial disinfectant products is leading to another problem,1 and the U.S. Food and Drug Administration (FDA) is now warning consumers and health care professionals to stop using certain alcohol-based hand sanitizers containing methanol, also known as wood alcohol, because it can cause alcohol poisoning.2

According to agency officials, these hand sanitizers contain as much as up to 81 percent of methanol.3 The FDA has identified over 100 hand sanitizers on their “Do Not Use” list to avoid using, either because they contain toxic levels of ingredients or have alcohol levels that are too low to be protective.4

Methanol Toxicity: From Nausea to Loss of Consciousness

The FDA has stated that methanol is a substance often used to create fuel and antifreeze that can be toxic when absorbed through the skin as well as life-threatening when ingested.5

Dr. Michael Dannenberg, the chair of dermatology at Huntington Hospital in Pasadena, California stated, “Methanol can dehydrate the skin, causing dry skin, and can result in dermatitis to the affected region. The main problem with methanol is that it is absorbed through the skin and can result in toxic levels of this chemical.”6

FDA Commissioner Stephen Hahn said, “Although people using these products on their hands are at risk for methanol poisoning, young children who ingest these products and adolescents and adults who drink these products as an alcohol [ethanol] substitute are most at risk.”7

Some of the symptoms of methanol poisoning include nausea, vomiting, dizziness, headaches, weakness, visual disturbances, and loss of consciousness.8

During the pandemic, poison control centers have had an increase in calls about accidental ingestion of hand sanitizer. In March 2020, as concerns about the new novel coronavirus were growing, calls to poison control center surged 80 percent compared to a year ago. This caught the attention of FDA regulators, who noted that most of the nearly 3,300 cases that month involved young children.10

In response to the increasing number of poisoning incidents, the FDA stepped up testing of commercial hand sanitizer products, including shipments made by some of the 1,500 manufacturers that took advantage of high demand and widespread shortage of hand sanitizer.11

On Aug. 7, 2020, the FDA issued updated guidance to provide additional clarification on testing of alcohol used in hand sanitizers manufactured under FDA’s temporary policies to help ensure that harmful levels of methanol are not present in these products.12

Alcohol-based hand sanitizers that are contaminated with methanol are subject to adulteration charges under the Federal Food, Drug and Cosmetic (FD&C) Act.14