Stress Prevention Vaccine On the Horizon 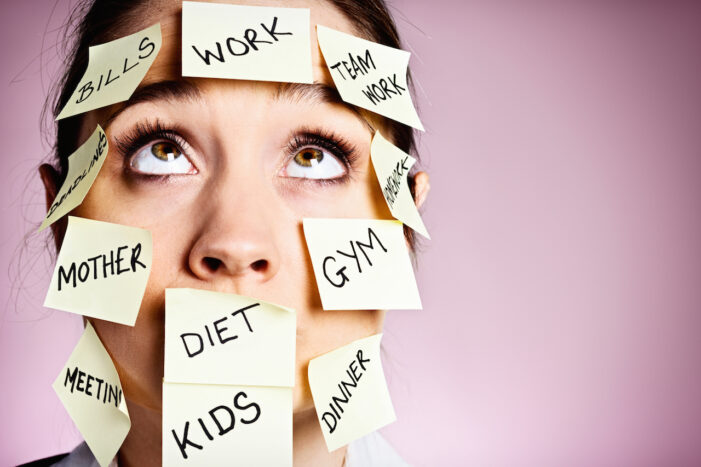 Chronic stress is shown to negatively affect all parts of the body’s systems leading to a higher risk for heart attacks, stroke, depression, etc.1 According to a news report, the most stressed out workers are police officers, airline pilots, fire fighters and military personnel.2

A new vaccine using a soil-based bacterium is being developed to help people deal with stress.2

Stress Vaccine to Use Bacteria Living in Dirt

A study published in 2018 in Brain, Behavior and Immunity showed that a soil-based bacterium called mycobacterium vaccae decreased stressful reactions in mice. The researchers injected the rodents with M. vaccae prior to exposing them to a stressful event and the results showed that the injections prevented a PTSD-like syndrome in the short-term and reduced reactions to stress in the longer term.3 The 2018 study results prompted researchers to propose the hypotheses that M. vaccae contains compounds that reduce the flight-or-fight response in mammals; however, the exact mechanism was not known at the time.

The following year, in 2019, the same researchers conducted another study published in Pyschopharmacology in which they identified and isolated a fatty acid in the bacterium that appeared to be responsible for the stress reduction effects. The research team was able to chemically synthesize the lipid to deconstruct how it interacts with immune cells.4

According to the study’s research team lead Dr. Christopher Lowry who is an Integrative Physiology Professor at the University of Colorado Boulder, “It seems that these bacteria we co-evolved with have a trick up their sleeve. When they get taken up by immune cells, they release these lipids that bind to this receptor [in the immune cells] and shut off the inflammatory cascade.”4

Dr. Lowry adds, “This is just one strain of one species of one type of bacterium that is found in the soil but there are millions of other strains in soils. We are just beginning to see the tip of the iceberg in terms of identifying the mechanisms through which they have evolved to keep us healthy. It should inspire awe in all of us.”4

It has been well documented in the literature that spending time in nature and handling soil significantly lowers stress hormone levels. Contrary to what many people have been taught, researchers are finding that getting our hands dirty in soil can actually be a good thing because the more soil that gets under our fingernails, the more we expose ourselves to bacteria, the more robust our immune responses will be.5 6

Not only does spending time outdoors and handling soil expose people to nature’s beneficial microbes, but it also provides an opportunity for physical activity, such as planting a garden, and getting controlled natural exposure to the sun to increase vitamin D levels, and a chance to relax the mind and the body.5 Encountering beneficial M. vaccae bacteria in soil can be as simple as stepping out into the backyard or going for a walk in a park.7

Additionally, not all stress is bad. Sarah Pressman, an associate professor of psychology and social behavior at the University of California, Irvine says, “Stress as stress is functional.”

A study by Dr. Monika Fleshner, a neuro-immuno physiologist at the University of Colorado, Boulder suggested that short-term stress can even boost immunity.8 One of the body’s natural defense systems to deal with stress is to mount a protective immune response. If the immune system is critical for how the body processes chronic stress, short-term stress might help build the body’s defenses against stress itself, and completely cutting off a person’s stress response could prove to be counter productive.8

1 Milenkovic M. 42 Worrying Workplace Stress Statistics. The American Institute of Stress Sept. 23, 2019.
2 Dador D. Stress vaccine: Researchers unearth new way to beat stress, and the secret is in the soil. ABC7 Los Angeles Nov. 6, 2019.
3 Frank M. et al. Immunization with Mycobacterium vaccae induces an anti-inflammatory milieu in the CNS: Attenuation of stress-induced microglial priming, alarmins and anxiety-like behavior. Brain, Behavior and Immunity 2018; 73: 352-363.
4 DiSalvo D. Science Just Moved A Step Closer To Making A ‘Stress Vaccine’ From Bacteria Living Under Our Feet. Forbes May. 30, 2019.
5 How Can Your Garden Reduce Your Stress Levels? The American Institute of Stress Apr. 1, 2019.
6 Thompson H. Early exposure to germs has lasting benefits. Nature Mar. 22, 2012.
7 Schlanger Zoe. Dirt has a microbiome, and it may double as an antidepressant. Quartz May. 30, 2017.
8 Elliot D. Preventing Mental Illness With a Stress Vaccine. The Atlantic Nov. 26, 2016.

14 Responses to "Stress Prevention Vaccine On the Horizon"