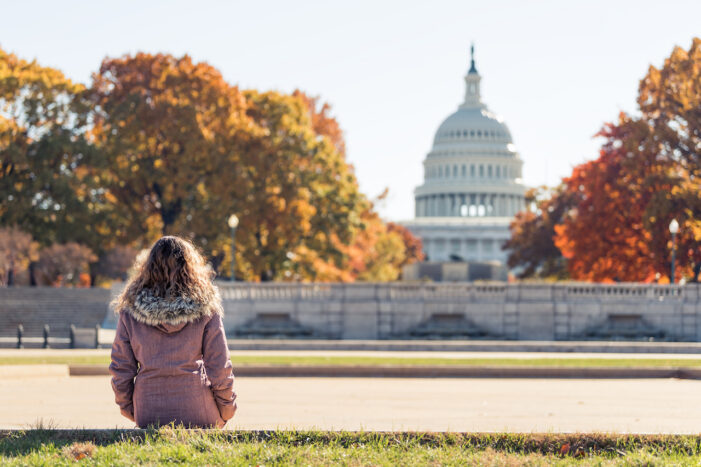 On Thursday, Nov. 14, 2019 from 10 am to 4 pm, there will be a gathering of families with vaccine injured children, doctors, lawmakers and civil and human rights activists at a rally on the National Mall in Washington, DC to raise awareness about the vaccine injury epidemic and honoring those who have been harmed. The Vaccine Injury Epidemic (VIE) rally is being organized by Crazymothers, a non-profit organization, and held on the 33rd anniversary of the enactment of the National Childhood Vaccine Injury Act of 1986 to highlight the “current epidemic of chronic health conditions, injuries and deaths from vaccination.”

The rally location on the National Mall is 9th St NW and Madison Dr. NW near the Natural History Museum and National Gallery of Art. From 10 to 11:30 am, there will be a pre-rally showing of excerpts from the new movie, VAXXED II “The People’s Truth,” shown on a big screen. The VAXXED bus, which traveled across America and has been signed by thousands of parents of vaccine injured children, will be there. The night before the rally, on Nov. 13, VAXXED II will have a screening in a Washington, DC venue sponsored by the National Vaccine Information Center (NVIC).

From Noon to 4 pm, the Nov. 14 rally will include music performances, a memorial honoring those who have been injured or died after vaccinations, and 18 speakers. The speakers will focus on evidence for vaccine injury and death and institutional attempts to cover-up the vaccine injury epidemic that, in 2019, prompted “the biggest attack on our civil liberties, medical freedom, religion and parental rights but, most of all, our children.” Speakers include Crazymothers founder Hillary Simpson; National Vaccine Information Center (NVIC) co-founder and president Barbara Loe Fisher; Maine State Senators Heidi Sampson and Robert Foley; Children’s Health Defense (CHD) founder Robert F. Kennedy, Jr; Informed Consent Action Network (ICAN) founder Del Bigtree, and scientists, physicians, attorneys and parents of vaccine injured children.

For tickets and more information on the VIE rally location, speakers and events, visit the VIE website.