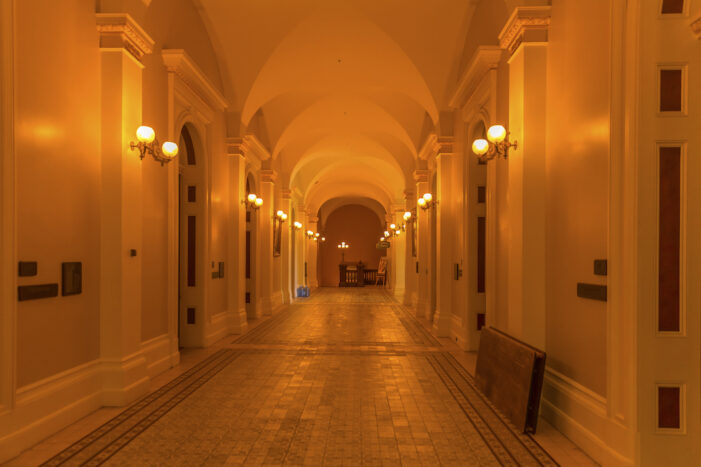 Opinion | The nation has averted a so-called “public health crisis,” but that hasn’t stopped lawmakers from playing doctor.

Propelled by the measles crisis, states are enacting laws limiting the personal and religious exemptions parents can claim from vaccine mandates. California has gone one step further, empowering a bureaucracy to review all medical exemptions to vaccine mandates, placing the state in the middle of every doctor-patient relationship.

Imagine the chilling effect laws like this one could have: Let’s say you’re a pediatric specialist in California, and you care for young patients with compromised immune systems. The likelihood you would be asked to write a vaccine exemption is high. Yet, under the law, if you write more than five exemptions in a year and the child attends a school with a vaccination compliance rate of less than 95 percent, the state will report you to the medical board, and your license could be at stake. What doctor would want to open such a floodgate of scrutiny? Specialists will either refuse to write exemptions or leave California all together.

Even more incredible, the meddling appears unnecessary. In September, the Centers for Disease Control and Prevention (CDC)1 reported the number of measles cases dropped 14-fold since April. Of the 1,241 cases reported this year, 10 percent required hospital care, 5 percent developed complications, and zero people died. For all its faults, the health care system did its job.

This isn’t about being “anti-vax.” Vaccines have had an incredibly positive impact on stopping the spread of disease. This issue is primarily about personal freedom and protecting the long-established and protected medical practice of informed consent.

Parents, with the help of doctors, make a variety of health care decisions for their children, and choosing whether to vaccinate a child should be well within their purview. Health care decisions involve careful consideration of risks and benefits, and doctors and parents are best equipped to make these decisions. Government should not interfere with these very individualized choices.

In considering vaccinations, parents might feel inoculations don’t offer high enough immunity.  They may have concerns about possible side effects or hesitations because vaccine-makers are immune from liability if complications develop. But, ultimately, the reasons shouldn’t matter. Government should leave parents and doctors alone to make decisions about all drug treatments.

The primary defense of vaccination mandates is an argument for protecting a percentage of the population that cannot be vaccinated. “Herd immunity” maintains the best way to control the spread of disease is to have a certain percentage of a population vaccinated. When measles cases jumped to more than 300 cases in March and April, it was widely assumed it was part of an “anti-vaxxers” movement. Parents who chose not to immunize their children were judged as “anti-science.” They were labeled as people who’ve been “duped by misinformation and falsehoods.”2 New York City went so far as to fine parents who could not show proof of vaccination. One judge declared the “emergency order” was well-placed, saying, “A fireman need not obtain the informed consent of the owner before extinguishing a house fire.”3

But the measles outbreak turned out to be no such calamity and certainly no excuse for a “one-size-fits-all” response like compulsory vaccines. Quarantines have been used effectively in the past but were rarely discussed in the hysteria.

Herd immunity makes sense, but it is not bulletproof. Vaccines can fail. Outbreaks can occur when more than 90 percent of a population is vaccinated.  In a global economy, populations are coming and going. Immunity levels differ from country to country. Protecting “unprotected” children part of the year when they are in school offers a false sense of security.

In life, we face risks every day. More children are at risk of dying in a car crash than from measles, yet government does not prevent children from riding in cars. The most recent outbreak of measles was resolved, but not because of government-imposed penalties or by second-guessing doctors and parents.

The best approach to prevent the spread of disease is to allow individuals to make their own health care decisions and to allow doctors to use their professional judgement freely. The CDC and drug companies have every right to educate the public about treatment options. But remember that government didn’t have to ban cigarettes or alcohol to reduce cigarette smoking and drunk driving. Consumers are capable of making their own medical decisions, and disease prevention should be no different.

This article was was reprinted with the author’s permission. It was originally published by RedState. AnneMarie Schieber is managing editor of Health Care News and a research fellow at The Heartland Institute.