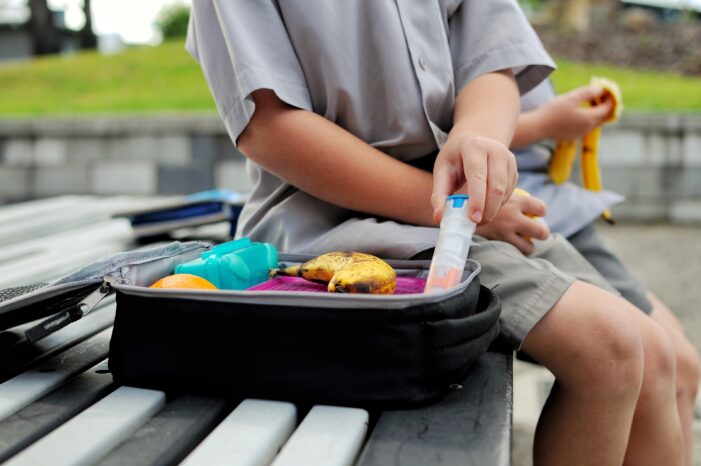 Illinois has become the first state to pass a law requiring health insurance companies to cover the cost of medically necessary EpiPen injectors.​ This is big news in an era when so many families face the daily threat of a potentially deadly allergic reaction. Signed by Governor J.B. Pritzker, the new law will take effect on Jan. 1, 2020. It requires health insurance companies in the state that provide accident and health insurance or a managed care plan to “provide coverage for epinephrine injectors for persons 18 years of age or under.”​1 2

With an estimated 32 million people with serious food allergies in the U.S., including 5.6 million among children under age 18, EpiPens are big business. According to Food Allergy and Research Education, “That’s one in 13 children, or roughly two in every classroom.”​ And that doesn’t include non-food allergies like medicines, stinging insects and latex that also have the potential for causing allergy-related complications.3

Anaphylaxis, a serious and potentially fatal allergic reaction, has been estimated by the Asthma and Allergy Foundation of America to affect at least one in 50 people in the U.S.​ Anaphylaxis is rapidly treatable with epinephrine (adrenaline), the active ingredient in EpiPens. With the rising incidence of serious allergies in the U.S., it has become an invaluable tool for many families.4

Contentious Background of the EpiPen

EpiPen’s notoriety began when pharmaceutical company Mylan acquired Merck’s KGaA division, which made the EpiPen among other products. Beginning in 2007, Mylan increased the price of the EpiPen by 461 percent, increasing profits for the single product from $200 million in 2007 to over $1 billion by 2015.​ In that same time period, the cost per pen rose from about $57 (usually covered by insurance as a life-saving necessity) to close to $300 (much of which has not been covered by insurance but must be borne by families).5

Most families of highly allergic children keep EpiPens at home, at school, at sports practices, in the car, in the purse, and any place where a child could have a life-threatening allergic reaction. They must be replaced every year, even if they are not used. If there is more than one allergic child in a household, the costs can skyrocket.

The furor raised by the steep rise in cost of the often medically necessary life-saving intervention prompted Mylan to offer a generic version, though the cost was only marginally more affordable than the original. Sidestepping responsibility for the exorbitant cost of the EpiPen, Mylan CEO Heather Bresch said, “While it is important to understand the outdated and complex system that determines what someone pays for medicine in the U.S., hardworking families don’t need an explanation, they need a solution. This is why we took decisive action with our EpiPen product and have launched the first generic version at half the (wholesale) price.”​6

EpiPen shortages, the introduction of competitive products (which lowered prices some but not enough to be affordable for many), and lawsuits against Mylan all caused headaches not only for the pharmaceutical company but also for parents depending on them. Finally, with Illinois’s example, there may be light at the end of the tunnel for parents needing a medical product that is out of reach financially.

As Illinois State Senator Julie Morrison, who sponsored the bill, said, “With steady increases in food allergies and other serious allergic conditions, families are relying on EpiPens more than ever before. We should be doing everything we can to expand access to affordable lifesaving drugs and medicines. No child with a serious allergy should be without an epinephrine injector because they cannot afford one.”​7