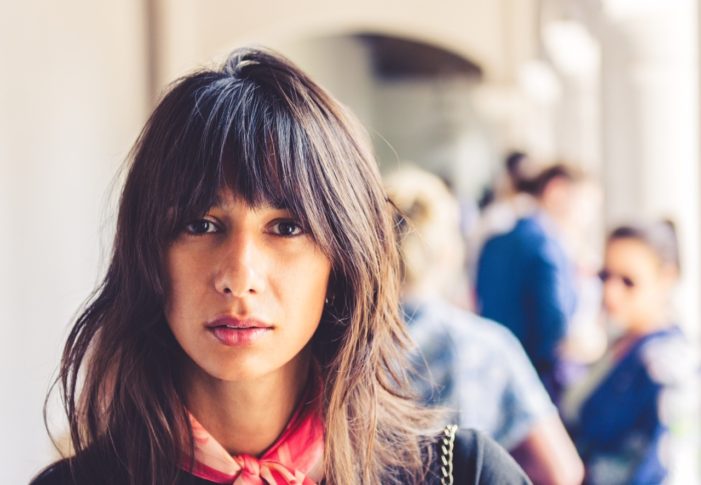 The concept of transmission of measles infection by fully vaccinated, asymptomatic carriers is a topic that merits careful attention, given that it effectively pulls the rug out from under the mainstream insistence that it is the unvaccinated who threaten the health of the nation. With measles hysteria ongoing, state governments like in New York have taken previously unheard of measures such as changing vaccine exemption laws without due process,1 closing schools and threatening vaccine refusers with steep fines or jail time.2 3

In New York, this year parents suddenly lost their right to obtain a religious exemption to vaccination for school children because the state legislature passed a bill without public hearings that was signed into law in one day. Now, parents are scrambling to find ways to provide their children with an education without being forced to comply with laws that go against their deeply held religious or spiritual beliefs.

After New York Governor Andrew Cuomo signed the law repealing the religious exemption to vaccination for school children on June 13, 2019, two lawsuits were filed against the state in an attempt to stop or delay the implementation of the vaccine mandates. One lawsuit was dropped after parents of disabled children, including vaccine injured children, were denied a preliminary injunction by U.S. District Judge Allyn Ross who rejected the parents’ argument that the new vaccine mandate discriminates against children with disabilities protected under the federal Individuals with Disabilities Education Act (IDEA).4 5

The second lawsuit, which was filed by New York civil rights attorney Michael Sussman on behalf of parents with children who had been attending school with a religious vaccine exemption, claimed that the sudden change in vaccine law “violates their religious freedom rights and was motivated by hostility toward religion.” Despite a demonstration attended by more than 1,000 protesters in Albany, acting Supreme Court Justice Denise Hartman upheld the new law, stating that she did not believe the case would be shown likely to “succeed on its merits, as courts have repeatedly upheld mandatory school vaccine laws for over a century.”6 7

In order to obtain an injunction, which would prevent enactment of the law until the suit was settled, plaintiffs must provide evidence that not only is the case likely to succeed on its merits but also that “irreparable harm will occur and that the ‘balance of equities’ is in their favor.” Even the state Supreme Court justice who ruled against the families request for an injunction agreed that the new law did show the potential for irreparable harm, recognizing that, “Families with sincerely held religious views against vaccines now face one of three unpleasant prospects—they must either violate their religious beliefs and vaccinate their children; disrupt their careers and their children’s educational and social structure by homeschooling their children; or move their families to another state that permits religious exemptions.”8

As usual, the court ruling revolved around the idea that civil liberties can be suspended when it comes to theoretically protecting the population from disease spread by a minority of unvaccinated individuals. To make matters worse, in August, the New York State Department of Health issued emergency regulations restricting medical vaccine exemptions for children attending school to very narrow vaccine contraindications approved by the CDC’s Advisory Committee on Immunization Practices (ACIP), which blocks more children from attending daycare and school even if they are vaccine injured.9

What would happen to the argument that civil liberties can be taken away to ensure vaccine acquired herd immunity if it became widely understood that the fully vaccinated majority are as likely to be infected with and transmit disease as the unvaccinated minority ?

Waning measles vaccine immunity has been repeatedly demonstrated, but it was long reported that if a vaccinated person did develop a measles infection, regardless of whether he or she presented with symptoms, that person was not contagious. Then, in 2011, a 22-year-old fully vaccinated woman developed measles, was treated and released without hospitalization or quarantine, and ultimately infected four others, two of whom were similarly fully vaccinated.10 Because such transmission had never been authenticated11 before, the case was studied in great detail, and the result was a definitive diagnosis of “measles transmission from a twice-vaccinated individual with documented secondary vaccine failure.”

The likelihood had been touched on long before, when it was reported in 1994 that measles in the U.S. was primarily found among vaccinated people. The authors concluded, “The apparent paradox is that as measles immunization rates rise to high levels in a population, measles becomes a disease of immunized persons. Because of the failure rate of the vaccine and the unique transmissibility of the measles virus, the currently available measles vaccine, used in a single-dose strategy, is unlikely to completely eliminate measles. The long-term success of a two-dose strategy to eliminate measles remains to be determined.”12

Since that time, it has been shown that the two-dose vaccine schedule is similarly flawed. Barbara Loe Fisher’s meticulously referenced report about the science and politics of eradicating measles published by the National Vaccine Information Center in May 201913 describes the history of measles vaccine use in the U.S. and showed that the 2015 measles outbreak in California that launched the measles hysteria (and was blamed on unvaccinated school children) was just another example of misplaced responsibility: “Later it was revealed that that 30 percent of measles cases in California with vaccine records had been vaccinated, over half the cases were in adults, only 18 percent were school children, and a large number of suspected cases were not wild type measles but vaccine strain measles infections.”

In her report, Loe Fisher presented evidence that naturally and vaccine-acquired immunity is temporary and asymptomatic infections, which boost immunity, occur but are never identified or reported. Therefore, because those who have received measles vaccinations are able to become infected and show few or no symptoms and then transmit wild type measles to vaccinated and unvaccinated individuals, the concept of measles-vaccine acquired herd immunity is an illusion and “no exceptions” vaccine mandates are not warranted. She asked:

If an unknown number of people with natural or vaccine acquired immunity are experiencing subclinical measles infections that are not being identified or reported to the government, has a certain level of herd immunity been maintained in the past because human populations are asymptomatically boosted through periodic exposure to the wild-type measles virus?13

Carefully referencing his statements, Dr. Jeffrey Dach observed, “At the highest level of the scientific community of measles vaccine experts, it is now generally regarded that eradication of wild type measles virus even in highly vaccinated communities is impossible. The reason for this is: Wild type measles virus circulates among vaccinated individuals who are in fact, asymptomatic carriers. Unlike vaccine strain measles virus, which can not be transmitted to contacts, wild type measles virus can be transmitted from asymptomatic previously vaccinated carriers to the unvaccinated, thus causing measles outbreaks in unvaccinated ethnic communities as well as two groups of susceptible individuals in the fully vaccinated population.  These two susceptible groups in the vaccinated population, as mentioned above, are those who have either primary or secondary vaccine failure, and unprotected young infants who have not had the benefit of maternal antibody transmission.”14

Mainstream media reports about measles outbreaks do not include information about asymptomatic infections that are occurring in the U.S. but remain unidentified and unreported. It looks like state legislatures voting to repeal vaccine exemptions don’t have all the information they need to make sound public health policy.