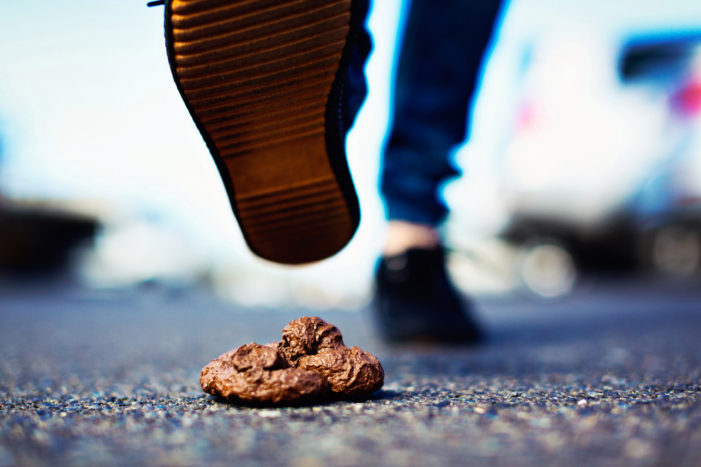 A common historical theme has emerged in many recent articles about this year’s measles outbreak in the United States. It is perhaps best exemplified by the headline in an opinion piece in National Geographic magazine: “The world before vaccines is a world we can’t afford to forget.” The theme is meant to emphasize the importance of vaccination in “conquering” infectious disease and to warn that the days in which diseases such as smallpox, polio and measles ran rampant could return if vaccination were not continually emphasized and mandated by government.1 2 3 4 5

It is an interesting assumption. But it is difficult to know for sure just what would happen because there were obviously other factors that led to the decreasing rates in infectious diseases in the U.S. A big one, of course, was sanitation. It is easy to overlook the role of sanitation because it is taken for granted by many Americans. Most towns and cities in the U.S. have clean drinking water and regular garbage collection, while most homes in the U.S. have indoor plumbing and running toilets.6

Because of the vast improvements in sanitation, personal hygiene also improved, and that also contributed to the decline in infectious diseases. Filth has been a major cause of infectious diseases of the gastrointestinal and respiratory tracts, including diarrhea and dysentery, typhoid, croup, bronchitis, pneumonia, and tuberculosis, as well as skin diseases such as scabies and ringworm.7

The Centers for Disease Control and Prevention (CDC) attributes the declines in infectious diseases to several factors, including sanitation, vaccination, antibiotics and other antimicrobial medicines and technological advances in detecting and monitoring infectious diseases. It is worth noting that sanitation is the first factor on its list.8

According to the CDC: “The 19th century shift in population from country to city that accompanied industrialization and immigration led to overcrowding in poor housing served by inadequate or nonexistent public water supplies and waste-disposal systems. These conditions resulted in repeated outbreaks of cholera, dysentery, TB, typhoid fever, influenza, yellow fever, and malaria.”8

By 1900, however, the incidence of many of these diseases had begun to decline because of public health improvements, implementation of which continued into the 20th century. Local, state, and federal efforts to improve sanitation and hygiene reinforced the concept of collective “public health” action (e.g., to prevent infection by providing clean drinking water).8

From the 1930s through the 1950s, state and local health departments made substantial progress in disease prevention activities, including sewage disposal, water treatment, food safety, organized solid waste disposal, and public education about hygienic practices (e.g., foodhandling and handwashing). Chlorination and other treatments of drinking water began in the early 1900s and became widespread public health practices, further decreasing the incidence of waterborne diseases. The incidence of TB also declined as improvements in housing reduced crowding and TB-control programs were initiated.8

While speculating about what might happen were vaccination rates allowed to significantly decline, it may be at least equally as intriguing to consider the consequences of dramatic setbacks in sanitation, particularly given that this is precisely what is happening in many urban areas throughout the country.

In Seattle, Washington, for example, rare infectious diseases are rising at an “alarming” rate due to the rise in that city’s homeless population. “The fact that we’re seeing multiple, different infections now increasing in the homeless population is an indicator of the sheer increase in the number of homeless people (in King County) and the fact that they’re in crowded conditions with poor hygiene and sanitation,” says Jeff Duchin, MD.9

In California, “medieval diseases” are infecting homeless individuals in that state, reported The Atlantic earlier this year. “Los Angeles recently experienced an outbreak of typhus—a disease spread by infected fleas on rats and other animals—in downtown streets. Officials briefly closed part of City Hall after reporting that rodents had invaded the building.”10

People in Washington State have been infected with Shigella bacteria, which is spread through feces and causes the diarrheal disease shigellosis, as well as Bartonella quintana, or trench fever, which spreads through body lice. Hepatitis A, also spread primarily through feces, infected more than 1,000 people in Southern California in the past two years. The disease also has erupted in New Mexico, Ohio, and Kentucky, primarily among people who are homeless or use drugs.10

In a recent article in The Hill titled “Is a Dark Ages disease the new American plague threat?” Marc Siegel, MD writes:

[I]t seems only a matter of time before leprosy could take hold among the homeless population in an area such as Los Angeles County, with close to 60,000 homeless people and 75 percent of those lacking even temporary shelter or adequate hygiene and medical treatment. All of those factors make a perfect cauldron for a contagious disease that is transmitted by nasal droplets and respiratory secretions with close repeated contact.11

The Sacramento Bee has reported that the American River—one of the two rivers that flow through California’s capital city, Sacramento—is tainted with feces. Samples of taken from the river have determined that it is contaminated with high levels of E. coli bacteria which can cause typhoid fever. The hepatitis B virus can also be found in feces, and deaths that have been reported in San Diego County in recent years have been linked to poor sanitation among the homeless.12

And San Francisco? That beautiful city has now become known as one of the dirtiest cities in the U.S. An NPR radio program by Samantha Raphelson about the “squalor” of San Francisco began, “San Francisco’s streets are so filthy that at least one infectious disease expert has compared the city to some of the dirtiest slums in the world.” The city’s mayor, London Breed, was quoted as saying, “I will say there is more feces on the sidewalks than I’ve ever seen growing up here.”13

“The filth in the street is raising alarms among medical experts. The biggest concern: the spread of disease,” Raphelson said.13

In short, if you’re looking for a picture of what the world looked like before vaccines, all you have to do is take a look at California and a few other states around the country today. But remember, the rise in many of the outbreaks of infectious diseases you’re seeing has nothing to do with a lack of vaccines or “anti-vaxxers,” but rather a marked upsurge in filth. If you want to eliminate the diseases, clean up the filth.

8 Responses to "A Glimpse of the World Before Vaccines"