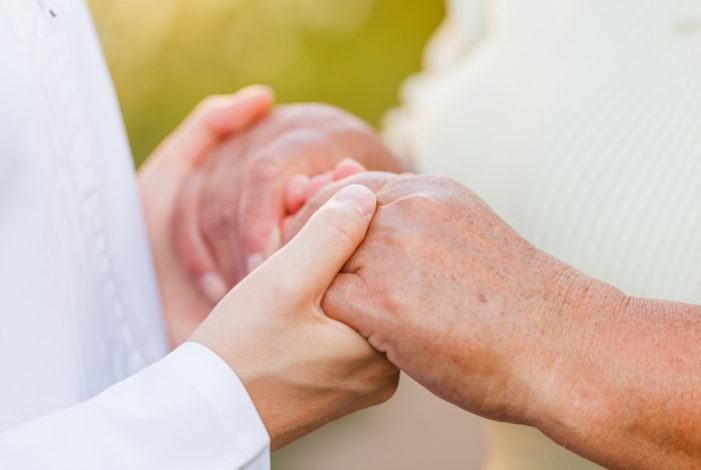 A study published in 2018 in the Journal of Allergy and Clinical Immunology found that an excessive inflammatory response at the skin level (cutaneous immunity) in older people can obstruct the immune system’s response to a vaccine.1

It has been long recognized that elderly people do not respond well to vaccination as a whole because aging immune systems often do not mount a robust response to challenge from natural pathogens or vaccines.2

Dr. Arne Akbar, a senior coauthor of the study states, “We know that the immune system declines with age, and people can be affected by pathogens they were once immune to. We found that when it comes to cutaneous immunity—specific to skin—the immune system was being obstructed by skin cells that were too prone to producing inflammation responses. We’ve now identified a way to block that inflammation in the short term.”3

Since vaccine effectiveness is reduced in elderly patients, the researchers of this study developed a human experimental system to investigate antigen-specific immunity in which healthy volunteers were challenged intra-dermally to induce antigen-specific responses to viral pathogens, such as varicella zoster (chickenpox) and herpes zoster (shingles) viruses.1 (An antigen is a substance that causes the body to produce an immune response against it and stimulate the production of antibodies.)4

Typically after a person contracts chicken pox, they become immune to VZV infection. However, VZV can also re-activate in old age causing herpes zoster (shingles) if T cell immune responses are not strong enough. (T cells are a type of white blood cell that, along with B cells, determine the specificity of immune responses to antigens in the body.5

During both primary infection and latent virus reactivation, the absence of T-cell immunity results in VZV-induced disease (chicken pox and shingles). Therefore, the researchers considered any observed decrease in skin responsiveness to VZV in elderly patients to be a goods model for investigating decline in immune system function during aging.1

The researchers observed that the older subjects exhibited weaker immune responses because there was less T cell activation and less reddening and swelling of the skin. However, by injecting a benign saline solution into the other arm of each participant, which acted as a control in the study, the researchers discovered that the reduced response was not necessarily due to a lack of resident memory T cells present in the skin.1 6

Taking Anti-Inflammatory Pills Prior to Vaccination

After analyzing skin biopsies taken post-injection, the researchers concluded that the excessive inflammation induced by the control saline solution was associated with activation of the p38 MAP kinase (MAPK) pathway. To test whether this enzyme was responsible for the inflammation, the researchers conducted a follow-up test with 18 of the over 65-year-old participants, who were given Losmapimod, a drug that inhibits the enzyme in order to reduce acute inflammatory responses.6

Although the drug was designed for and has been tested in clinical trials for long-term use for the treatment of Chronic Obstructive Pulmonary Disease (COPD) and arthritis, the participants in the skin inflammation study only took the pill for four days prior to once again being injected with the VZV antigen. This time around, the findings showed that taking Losmapimod did increase the immune responses to the VZV antigen.6

Dr. Milica Vukmanovic-Stejic, lead author of the study stated, “A short-term blockade of the inflammation response opened up a window of opportunity for the immune system to respond effectively.”6

Dr. Veronique Birault, another co-author of the study added, “Vaccine efficacy is known to decline in old age, so we’re hopeful that this novel application of the drug could help make vaccines more effective in older people.”6

While there are several safety concerns and unanswered questions regarding the manipulation of the immune system with use of drugs prior to vaccination (also a form of immune system manipulation), the drug Losmapimod, manufactured by GSK, has failed to improve cardiac or COPD outcomes in several clinical trials.

GSK also investigated Losmapimod as a therapeutic drug for COPD but multiple phase II clinical trials failed to show that Losmapimod improves exercise tolerance, lung function, arterial inflammation, endothelial function or rate of COPD exacerbations, even though it appeared to be well tolerated in COPD patients. GSK terminated development of Losmapimod for COPD in 2016.8

In April 2019, Fulcrum Therapeutics acquired the global rights to Losmapimod from GSK initiating a clinical trial of Losmapimod to evaluate its efficacy in patients with facioscapulohumeral muscular dystrophy (FSHD).8