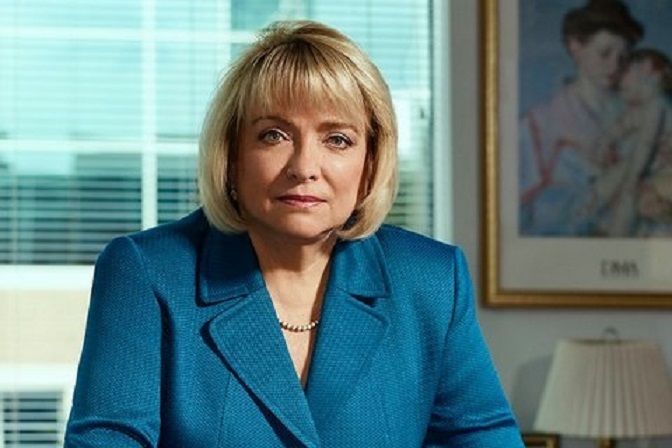 Dr. Joseph Mercola, founder of the popular health and wellness website Mercola.com, has given the 2019 Game Changer Award to NVIC co-founder and president Barbara Loe Fisher for “her decades of public education and tireless advocacy for safer vaccines and informed consent protections.” The Game Changer award recognizes an individual “whose work stands as a great service to humanity by making a significant contribution to improving people’s health.” He honors that person with an award known as the “Game Changer Award.”1

Past recipients of the Game Changer Award include Dr. Fred A. Kummerow for his life’s work on trans fats; Thomas Seyfried, PhD, for his work on cancer as a metabolic disease; Dr. Lee Cowden, founder of the Academy of Comprehensive Integrative Medicine; and Carole Baggerly, founder of GrassrootsHealth.1

After her two and a half year old son suffered a neurological reaction to his fourth DPT shot at age two and a half in 1980, Loe Fisher joined with parents of vaccine injured children in 1982 and to launched the vaccine safety and informed consent movement in the U.S. with a public call for reform of the vaccination system to prevent vaccine injuries and deaths. The mother of three children and a grandmother, she is a human rights activist defending autonomy and freedom of thought, speech, conscience and religious belief when it comes to voluntary medical risk taking and health care decision-making.

In 1985, Loe Fisher co-authored the seminal book DPT: A Shot in the Dark with medical historian Harris Coulter, PhD and worked to institute vaccine safety provisions in the National Childhood Vaccine Injury Act of 1986. She served for two decades as a consumer member on vaccine advisory committees and has testified in state legislatures and Congress. The founder and executive editor of The Vaccine Reaction, she has become one of the world’s leading non-medical consumer advocacy experts on vaccine science, policy and law.

Loe Fisher told The New York Times in 2001 that the main goal of the non-profit charity National Vaccine Information Center (NVIC) is to “[prevent] vaccine injuries and deaths through public education and safety reforms.”1 2

She added, “The vaccine-safety and informed-consent movement has never been about telling parents not to vaccinate. We’re pro-education and pro-informed consent, not antivaccine. There is a difference. It is immoral to write off an unknown number of children as expendable in the name of the greater good to justify public health policy.”1 2

As Dr. Mercola noted, “This is a stance Fisher and NVIC have maintained ever since its inception, even though critics choose to portray the organization as a source of dangerous antivaccine propaganda.”1

For more than three decades, Loe Fisher has been quoted by mainstream media outlets to provide some degree of balance in the continually evolving national conversation about vaccines and mandatory vaccination policies. She has remained a constant, vigilant force in protecting the basic human right of informed consent when it comes to medical procedures such as vaccination.

In an interview with Axios earlier this year regarding the measles outbreak in the U.S., Loe Fisher said that the outbreak “should not be used to justify eliminating the legal right to exercise informed consent to vaccination, which is protected by the inclusion of flexible medical, religious and conscientious-belief vaccine exemptions in public health laws.”3

In another interview with NPR, Loe Fisher stressed, “No person should be allowed to force someone to violate their conscience when they’re making a decision about the use of a pharmacological product that carries a risk of harm.”4

Recently, Politico asked Loe Fisher why she thought vaccines were such an emotionally-charged issue and she summed it up by pointing out that it is “part of a larger culture war that’s going on in this country.”

“It’s about the right to autonomy, the natural right to self determination, Loe Fisher said. “We have freedom of thought, freedom of religious belief.”

In announcing this year’s award, Dr. Mercola said, “It’s really difficult to identify anyone in the vaccine battle to give people freedom of choice that’s done more work than Barbara Loe Fisher” and who “continues to provide such courageous leadership in this area.”1